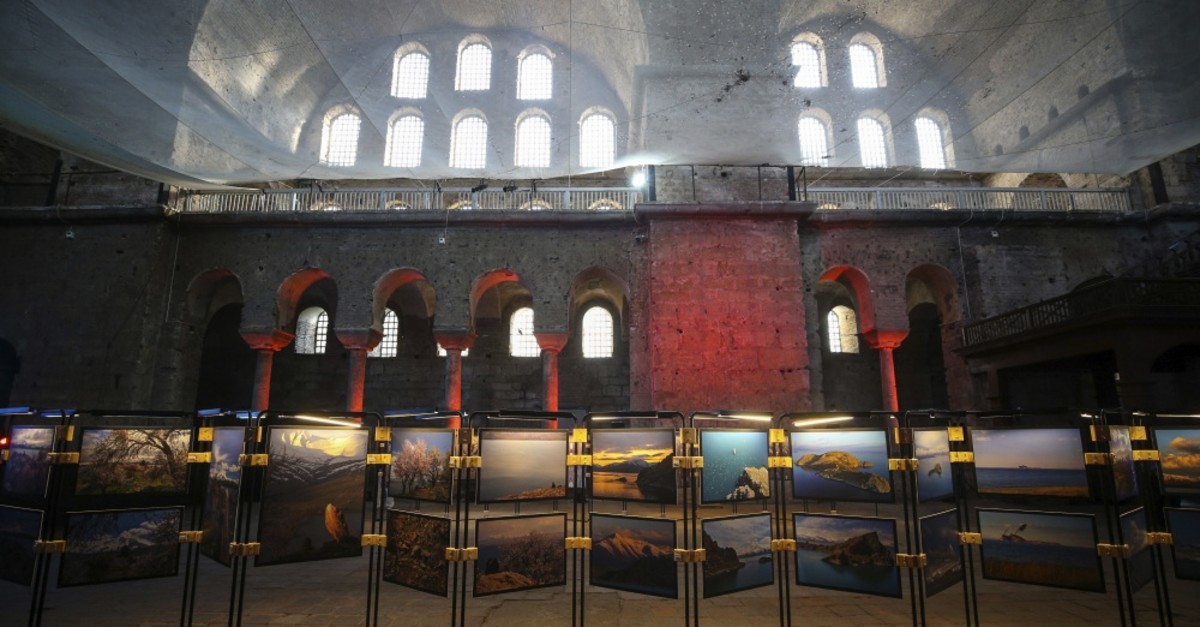 u0130zzet Keribar's photographs of the Akdamar Holy Cross Church are on display in the mesmerizing atmosphere of the Hagia Irene Church.
by Zeynep Esra İstanbullu Jul 25, 2019 12:12 am

The Akdamar Holy Cross Church, a valuable piece of cultural heritage for the country and a grand monument of the history and culture of Armenian society, has been photographed by photography doyen İzzet Keribar

Turkey has a rich mosaic where cultural differences intersect and is a place that has hosted multiple civilizations through the centuries. Scientific research and studies show that due to its location there are important works and findings around every corner.

Every region of Anatolia, where various civilizations have left their mark since the early ages, carries the traces of the different civilizations living on these lands and continue to mesmerize us every day.

The province of Van, which is an important part and witness of the Anatolian lands that hosted the Phrygians, Hittites, Lydians, Urartians, the Armenian kingdom and Byzantine, Seljuk and Ottoman civilizations, is a bridge between us and the historical and archaeological richness of the past. 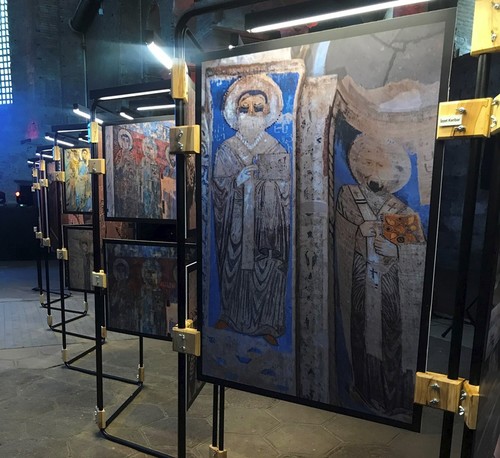 Photos depicting the icons in the interior of the Akdamar Church.

The Akdamar Holy Cross Church, on Akdamar Island in Lake Van, is one of the most brilliant and unique works of medieval Christian art and architecture. Built between 915 and 921 and one of the leading centers of Armenian history, the church continues to exist thanks to the renovation and restoration work carried out by the Ministry of Culture and Tourism.

The church is a unique work of art in the world and should be examined in terms of its sociocultural and philosophical aspects, as well as its physical and technical structure.

Having taken photos of the Akdamar Holy Cross Church, İzzet Keribar said, "I have been taking photos for 65 years. It is a precious moment for me as I am standing here with my photos of Akdamar, ordered by the Presidency's Directorate of Communications. This is one of the crowning works of my life." Keribar also said that he took nearly 1,000 photos of the church in four days.

Patriarchate Gov. Sahak Maşalyan said in his speech about the church and its area: "Dating back 1,100 years, the Akdamar Island Holy Cross Armenian Church aims to reach out to the future. It is promising that the church has been turned into a memorial church with the restoration that started in 2005. Each time we visit, we find the historical place improved and organized through meticulous efforts. This event is beyond a photo exhibition, rather it is a part of a more comprehensive project envisaging international promotion. The world should get a better understanding of the cultural and civilizational treasures in this country. The history in these lands and the roots of our people are buried under these lands," he noted.

A book containing the detailed information about the church, architectural drawings and photographs has been released while digital data about the church has been collated on a website. Prepared in three languages, namely Turkish, English and Armenian, the website presents 360-degree photos from 14 spots and high-resolution VR videos. The interiors and exteriors of the place, reliefs and frescoes were photographed at eye level for the first time.

The church is among the prominent architectural works of medieval Christian art. Built between the years 915 and 921, the church defies time, especially with the help of the renovation and restoration work conducted by the Ministry of Culture and Tourism.

Standing out with the figured stone reliefs on its outer walls, each section of the church depicts a different story. Akdamar Holy Cross Church displays what it has witnessed throughout history and the stages it has passed through with its architectural structure and artistic form. The meticulous work conducted at Akdamar Church has enabled the preservation of historical awareness and protection at this important center of belief for Armenian society in order to keep this aspect of cultural heritage alive and pass it onto future generations. Akdamar Church offers hints on many subjects such as the cultural structures, art and belief systems of the historical periods it witnessed and the many steps that have been taken in the research and promotion process will help improve its reputation and offer more accurate views on regional history.