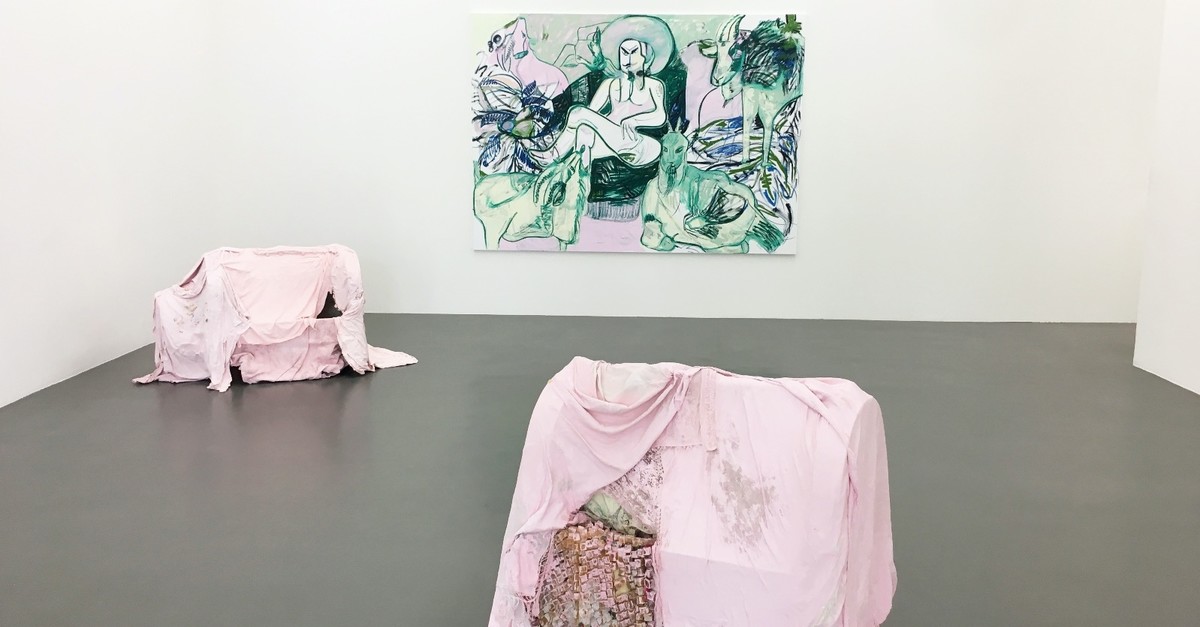 German-born artist Melike Kara's solo exhibition entitled ,New Work,, centering on the stories that she heard from her grandmother, can be visited until Aug. 25 at the Witte de With Center for Contemporary Art in Rotterdam.
by Cihad Caner Jul 29, 2019 12:11 am

Melike Kara is holding a solo show at the Witte de With Center for Contemporary Art in Rotterdam, focusing on how knowledge is produced through Anatolian oral tradition and rituals within our time

One of those days a man who was present in a society was sadly talking about the disorder of society's morality:

"If it goes like this, the world will collapse, it will be upside down!"

There is a ready-to-answer Bektashi dervish:

"You know what, maybe upside down is better for you."

Bektashi tales always contain a sense of humor and smart-aleck answers. Bektashi culture was maintained with rituals through oral traditions in Anatolia among its followers for centuries. Eastern societies have long relied on oral tradition to preserve a record of the past in the absence of written histories. The use of oral material goes back to the early Greek historians Herodotus and Thucydides, both of whom made extensive use of oral reports from witnesses. German-born artist Melike Kara's solo exhibition entitled "New Work," centering on the stories that she heard from her grandmother, can be visited until Aug. 25 at the Witte de With Center for Contemporary Art in Rotterdam. 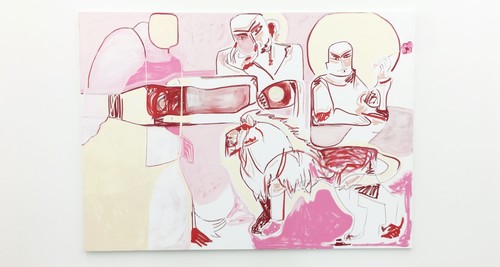 Alevi-Bektashi culture is one of the main subjects explored by Kara. The use of goats and a lion is an explicit influence of her inspiration.

"ICE BLUE TEETH" (2019) and "Do you remember" (2019) are the first paintings that caught my attention in the show. They depict a conversation scene that happens among the figures in the oil paintings. The hand gestures indicate that they whisper to each other. How does oral tradition reflect within our contemporary time? How does this reflection help you to connect with your roots? How do you build up your relationship with the culture of your ancestors? These were some of the questions that occurred to me when I encountered the whispering figures. I could visually hear their whispers within the space, and knowledge is produced through rituals and oral histories. The knowledge that has been produced by the whispers (oral stories) conveys us to the next work, which explores the tradition and its phantasmagoria.

"I hear the tongues" (2019) is an oil painting, using mainly pink and green as the dominant colors. In the painting, there is a human-like figure, which has a halo around his head and is sitting in the middle of a herd of goats. In the next room, there is also a painting titled "Who smelled the flowers" (2019) that contains another animal, a lion. There are two figures with halos around their heads gazing at the animal and one of them is holding a flower, while pink and claret red are the dominant colors.

Alevi-Bektashi culture is one of the main subjects explored by Kara and using goats and a lion show that link explicitly. These two animals are sacred in Bektashi culture. Hacı Bektaş is usually depicted in the image of a holy man "wearing the Elif Tacı, a bonnet in the form of the letter "elif" in Arabic, that was to become the headgear of the Janissaries." In his right arm, he holds a deer (sometimes a goat) and his left hand is petting a small lion. Hacı Bektaş, who reconciles the two wild animals, one docile and one a predator, in the same environment, speaks directly to our world longing for peace. Friendship creates peace.

Kara's paintings are not merely playing with fantasy. Based on facts, they are magnificent works that – through the powers of imagination extend beyond what is real. Real and fantastic elements are closely interconnected. Kara recreated the flavor of the past and combines oral tradition with elements of the miniature through Western painting methods. Although there is no proper perspective within Kara's paintings, they evoked the idea that they were intended to make one observe the one in front of them, where the power of the gaze is in the hands of the paintings in this case, not the spectator.

On the other hand, through the aim of perspective, in contrast, Kara intends to transform the visual image into a representation of the invisible. Perspective, which determines what is ahead, what is far and near, dominates the view because it only trivializes the invisible and transforms it into something viewable and controllable. The result is a representation of the world as a world of things, things that can be quantified, and felt and owned.