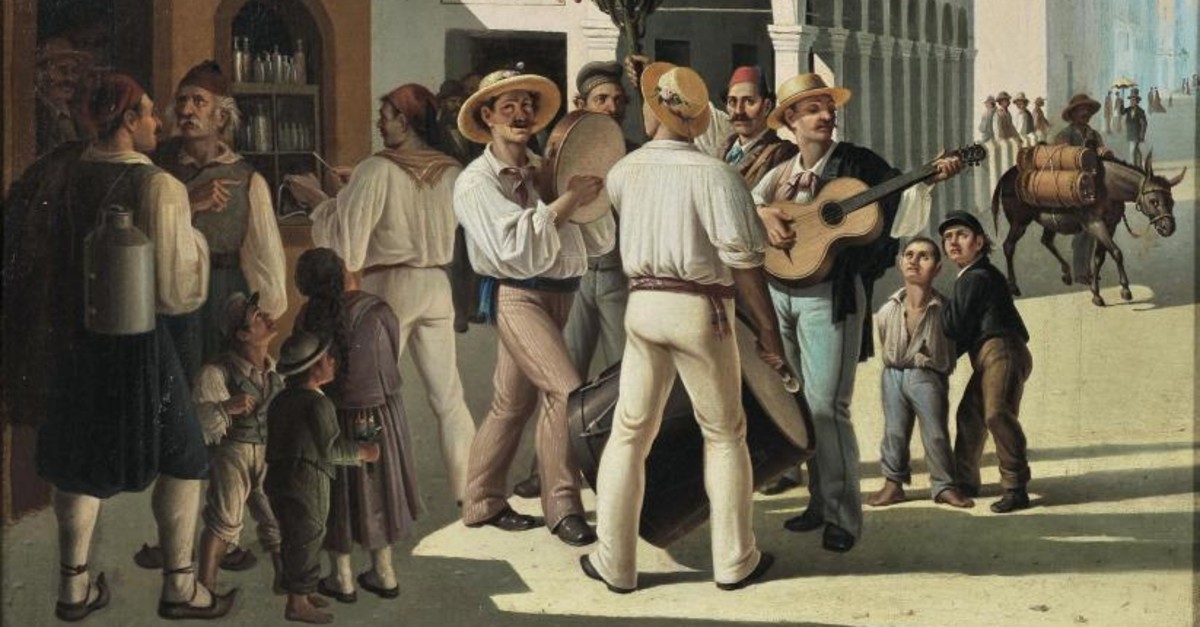 Off the coast of Greece's northwestern region in the Ionian Sea, the fortified island of Corfu is the only place in modern Greece that remained out of reach for the Ottoman Empire. Yet, at the Corfu annex of Greece's National Gallery, the permanent collection is richly influenced by the Ottomans

From a clogged artery in the heart of Kerkyra, a cheap municipal bus trails smog between the aquamarine sky and emerald treetops of the Ionian island that ancient myth says the sea god Poseidon named after a nymph he kidnapped and took there. But every season it is Corfu to millions of sun-drenched foreign eyes who squander the Venetian architecture of the core town with its medieval clothesline alleys and pearly stonework boulevards befitting an unsurpassed example of UNESCO-enshrined world heritage.

Beyond the bustle of hyper-dense urbanization amid the historic preservation, bucolic hills stretch across the embracing, verdant horizon, where sleepy residential districts are spotty and unevenly distribute the occasional nondescript hotel, or humdrum eatery. Magenta and coral paint brightens the concrete shell infrastructure in the remote part of a country that has struggled on the world stage with its incontrovertible overdose of debt. But dependency does not seem overt in a place where art, foremost, thrives in such unlikely, fertile soil. 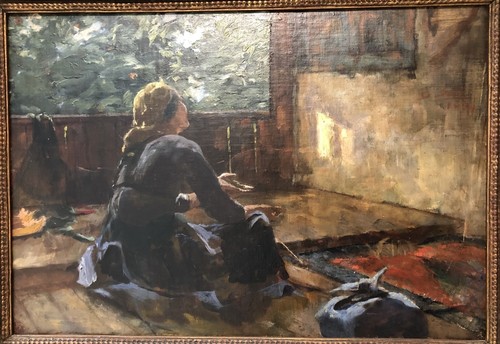 The sign for what is a most rural annex for the National Gallery of Greece hangs askew behind an overgrowth of bushes and an electric pole. The bus from town does not stop there at its destination, but instead opens its door, and without coming to a full stop, lets off passengers who might curiously wander for a good, breezy walk through high arboreal corridors and sloping woodland estates. Traversing patches of shade, a low wall opens, welcoming at its cornerstone pillar with an outdoor canvas, printed to read: Greek Painting.

But inside, through a black iron gate, the rustic building awaits with smiling receptionists who double as security. The largely undisturbed entrance is complete with modest displays of artist books and catalog literature, leading to three floors of art, mostly painting, from 16th-century religious icons to contemporary political installations. Immediately, from the 19th century, a greatly prolific era for oils, the unmistakable characteristics of the Ottoman-era flash like lightning bolts across the nationalistic palate.

The castled island had been Venetian since 1401 until the French seized what was one of the most fortified European cities in 1797. For seven years, an Ottoman-Russian alliance gained nominal control. But by mid-century, it would share in the heritage of the lands encompassed by modern Greece. The fez appears strikingly Ottoman in a painting by Charalambos Pachis titled, "May Day on Corfu" (1875-1890). A man in a group of revelers wears a red, tasseled cap, columned and stiff, unique from the Corfu variety, and glares back directly into the artist's gaze.

The art of the other

The fez was as symbolic for surrounding regions on the opposite side of Ottoman borders as it was for the subjects of the sultan. The painter Nikephoros Lytras, born in 1832, contrasted the image of its wearer with his undated canvas, "Boy in a fez." The figure is roughly etched in blotches of subtly patterned, pale skin tones in the style of the mature phase of the school of the Ionian Islands, an art movement that embraced Western elements, dialoguing with its subjects, while the rest of Greece looked eastward.

The artist Pericles Chelmis, whose date of birth is not exactly known, although it is approximated to 1818, had an eye for Ottoman Greeks. His painting "Man from Chios" depicts a flower of masculinity, a stout fellow in the prime of his life. He wears a billowing, oversized shalwar tightened below the kneecap to reveal his gleaming, high white socks and black shoes, a feature that separated him from Muslims, who wore yellow shoes. His tightly buttoned vest, and mustachioed mien shows a proud 19th century islander.

"Triumphal Entry of Othon and Amalia in Athens," an undated oil by Dionyssios Tsokos, shows the arrival of the first king and queen in Greece to Athens, at the time a backwater Ottoman city, which became the capital of the new state after much argument over alternatives. The royal couple is seen in the shadow of the famed acropolis, encircled by spirited bands of soldiers with upraised arms. Interestingly, the artist detailed the back of one fighting man's vest. Its red felt cutout motifs and gilt-thread stitch are iconic to Ottoman garment crafts.

The artist Theodoros Rallis painted a scene that could have occurred anywhere in the Ottoman Empire for his work, "Arabian soldier flirting" (1878). The tall turbaned man leans on his chest-height musket, robed in a long kaftan. He stands underneath a wooden doorway framed at its crown by a piece of Arabic calligraphy, likely from the Quran, as a measure of protection for the dwelling. The military man looks up through the latticework of a bay window hanging over the street, as the two fantasists make merry for a passing bout of candid amusement.

In 1894, the 35-year-old oil painter Symeon Savvidis finished a masterful work entitled, "Muslim woman praying." Its technical wonders are only outmatched by the empathic nature of the depiction. He did not merely convey an entirely private moment. He exposed the humanity of a person who at the time would have been seen as an enemy to most Greeks, as they founded a nation based on a dominant Christian society. The painting is a riveting accomplishment for the social history of Greek art, and as an expression of creative sensitivity.

Within the frame of "Muslim woman praying," the flowing, purple dress of the believer covers the mat that she would use for her prostration. She holds one hand out, and, in a painterly gesture that could be interpreted as sympathetic to the authenticity of the Islamic faith, a glowing light is cast against the wall where she is pointing, as proof of divine intervention. Painted with techniques and colorations similar to "Boy in a fez" by Nikephoros Lytras, Savvidis worked during a divisive political moment, yet through art, became intimate with the other.

After the turn of the 20th century, modernism usurped portraiture for more naturalistic and technical variations. The relationship artists would have to history became less documentary and more in tune with the prevailing, nonconformist philosophies of creativity that continue to inform and inspire Greek and Turkish artists today, as with all people from former Ottoman lands and across the planet.