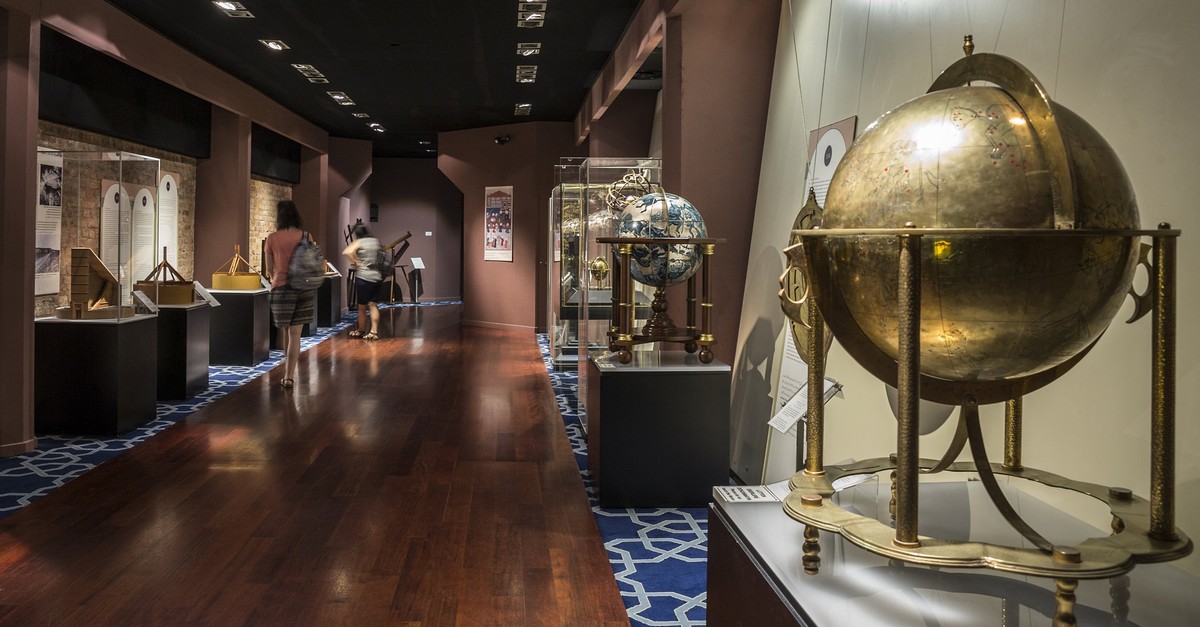 Works of Muslim scientists are showcased through examples and visuals in the center.
by Anadolu Agency Aug 02, 2019 12:30 am

The Digital Screening Center, where Islamic scientific historian professor Fuat Sezgin's life and work will be shown, opened yesterday at Taksim Square by the Presidency Directorate of Communications.

The Directorate announced the opening of the center, highlighting that Sezgin is considered the most prominent authority in the field with his devotion to the better understanding of Islamic civilization and the importance of the transfer of this to future generations. It was also noted that the real history of Islamic sciences, their contribution and influence on universal scientific history has been re-discovered through Sezgin's studies.

The year 2019 has been announced as the "Year of professor Fuat Sezgin" by President Recep Tayyip Erdoğan. Supported by the Ministry of Culture and Tourism and the Professor Dr. Fuat Sezgin Research Foundation for the History of Science in Islam, the center will be open until Aug. 9.

In the center situated on a 600-square-meter closed space, gadgets and techniques invented by Muslim scientists will be introduced through videos, digital holograms and 3-D visuals in four sections. Examples of work by prominent Muslim scientists like İbn Sina (known as Avicenna), Ceziri, Farabi, Biruni as well as videos focusing on the life of Sezgin will be presented at the center.