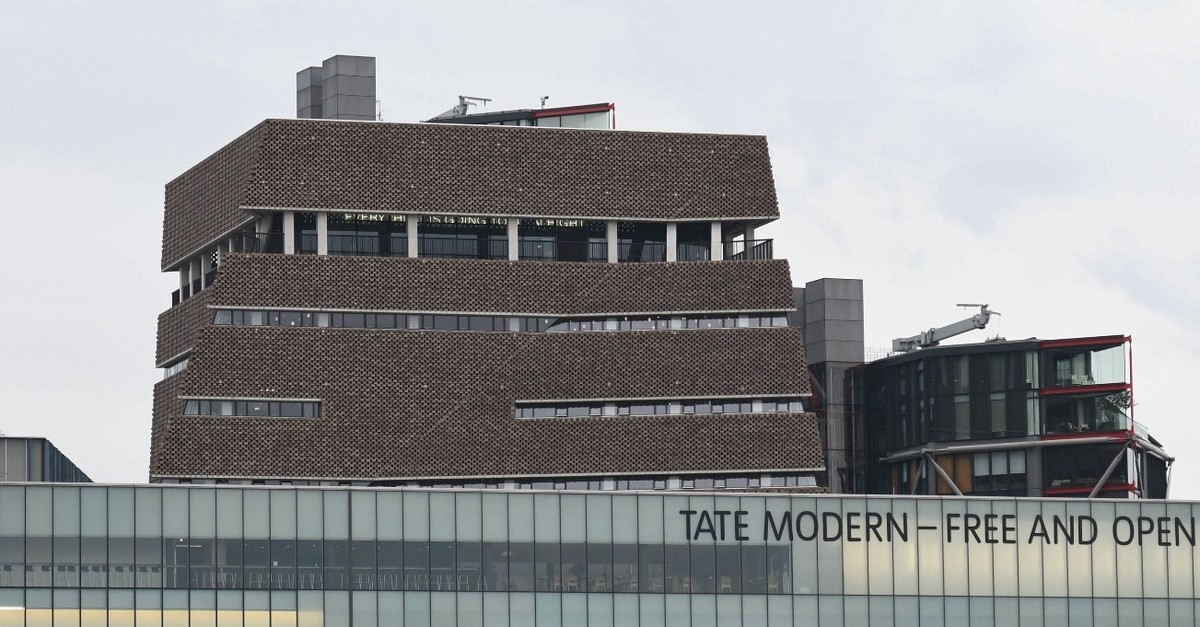 The viewing platform of the Tate Modern gallery after it was put on lockdown and evacuated after an incident involving a child falling and being airlifted to a hospital.
by Associated Press Aug 06, 2019 12:05 am

A 6-year-old boy who was thrown from a 10th-floor viewing gallery at London's Tate Modern gallery is no longer in a life-threatening condition, police said Monday. A 17-year-old boy is being held on suspicion of attempted murder over the incident, which happened Sunday afternoon while the gallery was packed with visitors. The Metropolitan Police force said the younger boy is in a critical but stable condition in a London hospital. He fell from the open-air viewing platform to a fifth-floor roof.

Nancy Barnfield was at the gallery with her family when she heard a "loud bang," and then saw a woman screaming "where's my son, where's my son?" She said a man on the platform was restrained by other visitors until police arrived. Barnfield said he "just stood there and was quite calm."

Police say they don't believe the suspect and victim knew each other. The child was treated at the scene before being flown to hospital by London's air ambulance.

Tate Modern, Britain's leading gallery of modern art, sits on the south bank of the River Thames and was visited by almost 6 million people last year. The 10th-floor terrace is part of a pyramid-shaped extension that opened in 2016 and offers panoramic views over London. The gallery reopened Monday, but the viewing platform remained closed.

"Tate is working closely with the police to help with their investigations," a spokeswoman said. "All our thoughts are with the child and his family."