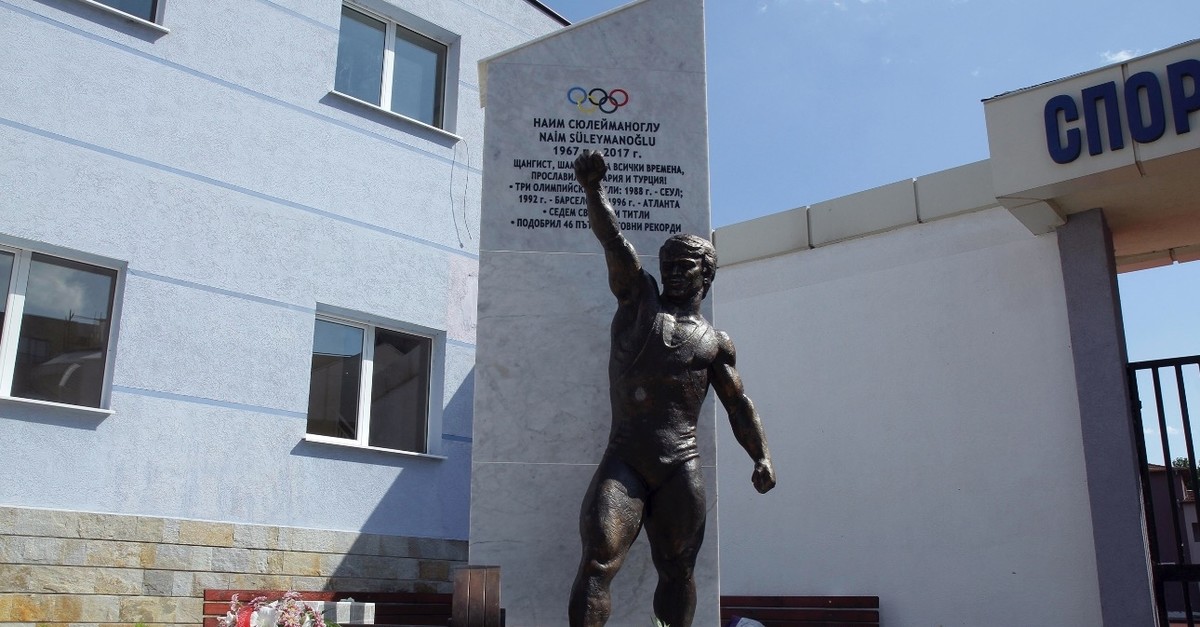 Naim Süleymanoğlu had his name written in gold; not just in Turkish but also in world sports history. He was an unforgettable name with the Olympic medals he won. In honor of his legacy, a statue was erected in the town of Mestanlı (Momchilgrad) in Bulgaria. Politicians, nongovernmental organization (NGO) representatives, the Weightlifting Federation president and Mustafa Uslu, the producer of "Cep Herkülü: Naim Süleymanoğlu" ("Pocket Hercules: Naim Süleymanoğlu") attended the opening ceremony.

Uslu presented an identical copy of the Olympic medals of Naim Süleymanoğlu to the mayor of Mestanlı. The medals will be exhibited in a public place in the town hall.

The shooting of "Pocket Hercules: Naim Süleymanoğlu" continues in his birth place, Mestanlı and the province of Kırcaali, where he started weightlifting.

The life-sized sculpture was erected front of the sports complex named after the famous weightlifter in the town square and like the movie, it will tell the legend of Naim Süleymanoğlu to future generations.

Mustafa Uslu presented Sunay Hasan, Mestanlı's mayor, with replicas of three gold medals Süleymanoğlu won at Seoul in 1988, Barcelona in 1992 and Atlanta in 1996 at the opening ceremony. These highly meaningful medals will be publicly exhibited in Mestanlı Municipality.

Speaking at the ceremony, Uslu said that they are striving very hard to make the movie on Naim Süleymanoğlu a truly great one with the help of their diverse and talented crew.

"He did not only bring records and Olympic medals from Europe to the world to the Republic of Turkey, but he introduced us to 350,000 blood relatives in 1986," noted Uslu.

The long-awaited and highly anticipated movie will be released on Oct. 25.