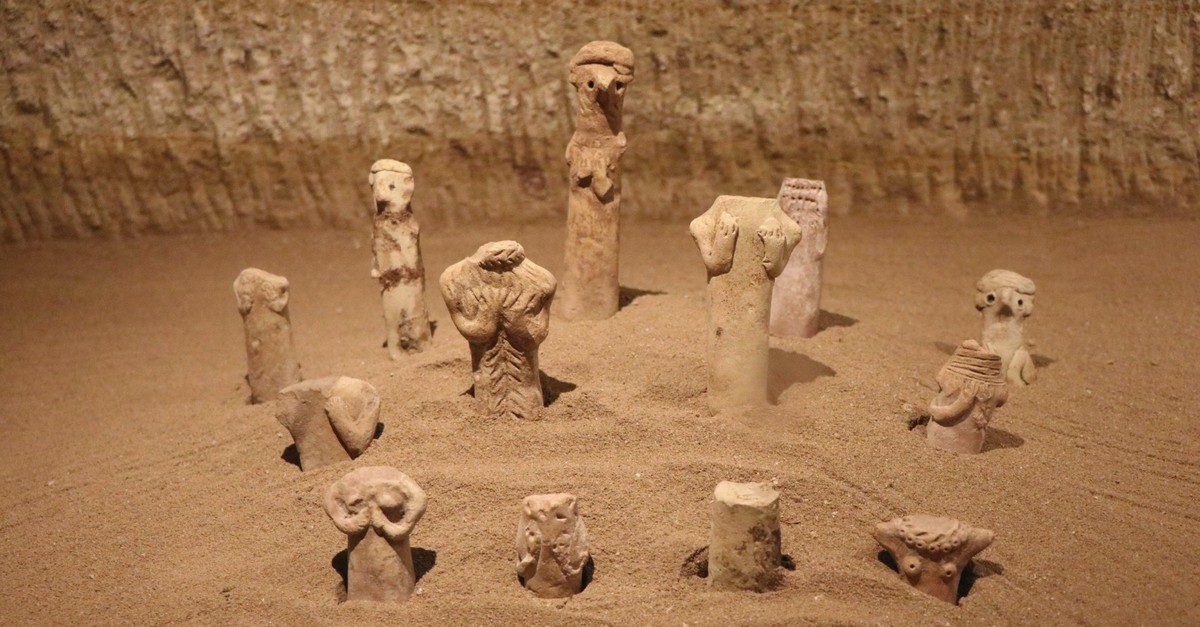 Figurines symbolizing gods and goddesses are on display at the Gu00fcray Museum in Nevu015fehir province.
by Aug 08, 2019 12:33 am

The Güray Museum, an underground museum located in the Avanos district of Nevşehir province, is showcasing a number of 7,000-year-old figurines.

Being located in one of the most important tourist destinations in Turkey, the display has attracted great attention from local and foreign tourists.

The figurines date back to the 5th century B.C. They were held in households to show the people's commitment to god and protecting themselves from evil souls. They also provide hints about the accessory fashions of the period.

"The oldest of the pieces dates back to the 5th century B.C., making these artworks approximately 7,000 years old. They are actually mother goddess figurines, which are unique to the eastern Anatolia region. They bear the influences of mostly Northern Syria and the Mesopotamia," said archaeologist Burcu Tüysüz.

People used these figurines during religious rituals as they symbolize the gods and goddesses of that period. The mother goddess figurine symbolizes fertility and prolificacy in Anatolia.

Another important part of these artworks is that they also show patterns of accessories and jewelry. The trend is visible on the earrings and necklaces on the figurines."

Tüysüz added that people of the era trusted in god and goddess figurines as totems to avoid unfortunate events. "People believed they could keep away evil souls and bad things by keeping the figurines at home. Thus, they were showing respect to their gods while keeping evil at bay," she said.