What lies beyond Earth? New exhibit explores the limits 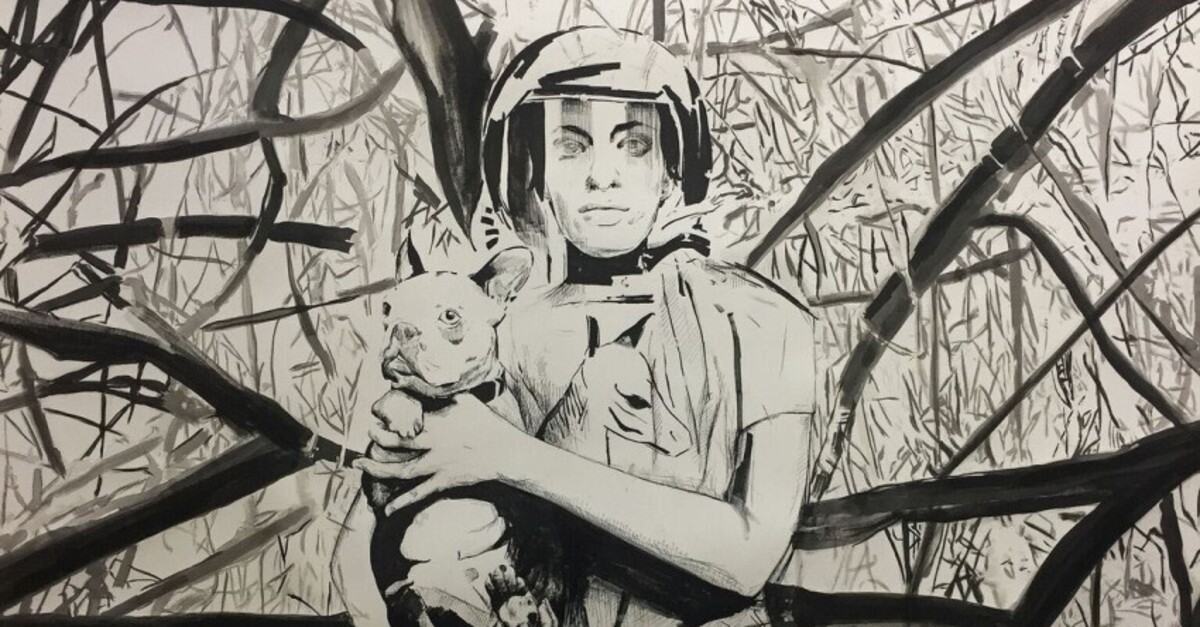 Curated by İpek Yeğinsü, Anna Laudel gallery will present a group exhibition titled "Intergalactic," showcasing the selected artworks of 12 contemporary artists including Beyza Boynudelik, Şafak Çatalbaş, Alper Derinboğaz, Emin Mete Erdoğan, Horasan, Ekin Su Koç, Ali Miharbi, Ali İbrahim Öcal, Özcan Saraç, Meltem Sırtıkara, Merve Şendil and İrem Tok. Running between Sept. 3 and Oct. 20, the exhibition departs from the question of what the future will be like if we manage to bring and sustain our civilization beyond the confines of our planet.

Adopting a transdisciplinary, site-specific and participatory approach in her curatorial practice, in " Intergalactic," İpek Yeğinsü focuses on how humanity's existing sociocultural structures will be affected by potential migration toward space, and in doing so, opens an independent room for discussion with regards to contemporary conceptual dichotomies like the past and the future.

In this exciting age marked by our initiatives ranging from journeying to the dark side of the moon to space tourism, from attempts at approaching the sun to the quest for finding life on Mars, "Intergalactic" highlights the fact that our current desire to reach beyond our planet's boundaries is not solely based on optimistic curiosity but it is also fueled by the inescapable realization that we have recklessly exhausted our planet's resources. The exhibition asks the viewers some important questions about the future of our civilization: In an age marked by climate change, will dystopian scenarios and technological utopias be able to achieve anything beyond the creation of a romantic dream industry? Will our anxieties exacerbated by the awareness that our place in the universe is not as important as we have been told for centuries be able to save us from vanishing into eternity?

The exhibition also explores the ways in which the identity-building processes, rituals, inter- and intra-species communication methods of our society's representatives might evolve and change once they settle in other planets or even other galaxies. Offering a non-geocentric critical approach to contemporary dichotomies like the center versus the periphery, the exhibition will showcase artworks of 12 artists working with various media and disciplines like painting, sculpture, video, photography and new media. Opening on Sept. 3, "Intergalactic" will run parallel to the 16th Istanbul Biennial (Sept 14. - Nov. 10) of the Istanbul Foundation for Culture and Arts (İKSV) and will be held across three floors of the exhibition space at Anna Laudel in Istanbul until Oct. 20.

The exhibition will also present a program of parallel activities including artist talks and curatorial tours. The program calendar will be available on Anna Laudel's website and social media channels.

Beyza Boynudelik is a graduate of Mimar Sinan University Department of Painting. Focusing on the relationship between technology and nature, human and animal, and city and nature, she explores the identity crisis the urban individual goes through.

Şafak Çatalbaş is a graduate of Marmara University Faculty of Fine Arts, Department of Cinema-TV. In her works involving performance, video, text and installation, she traces the archetypes dominating our memory. She builds narratives combining dialogues borrowed from the street and her own world of dreams.

Alper Derinboğaz completed his master's degree at the Los Angeles University Department of Architecture and Urban Planning after graduating from Istanbul Technical University. Derinboğaz whose architectural designs explore the various expressions of the time and space relationship, expresses similar concerns in his artistic oeuvre where he creates fluid structures questioning this very relationship using new media technologies, and encourages the viewer to reconsider the meaning of architecture.

Emin Mete Erdoğan is a graduate of Marmara University Faculty of Fine Arts, Department of Painting. Departing from mythology and its various narratives which he considers to be humanity's common history and consciousness, he focuses on the concept of the "sacred" and its transformation in time as the key factor regulating the individuals' relationships with each other and with nature in ancient societies. 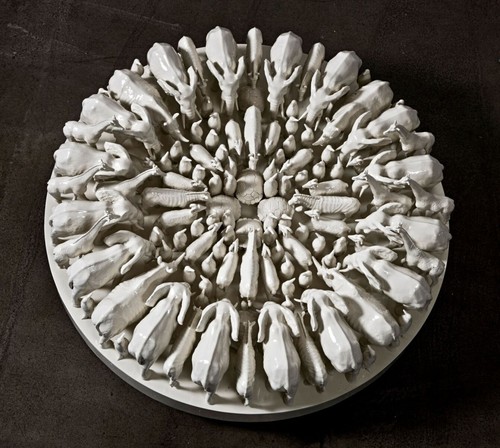 Horasan is a graduate of Marmara University Faculty of Fine Arts, major in graphic arts, Department of Original Printmaking. His works involving various technical experiments reveal the momentary traces of ongoing definitional and transformational processes instead of complete, singular, sterile and static images. Ekin Su Koç is a graduate of Mimar Sinan Fine Arts University Department of Painting. She currently lives and works in Berlin. Using a symbolic language, she explores the reflections of the individual's shattered self in everyday life and in society.

Ali Miharbi is a graduate of Northwestern University Department of Electronic and Computer Engineering as well as Art Theory and Practice. His oeuvre involves the exploration of inter-process relations based on system's theory in social and technological areas, creative feedback loops and conceptual short circuits.

Ali İbrahim Öcal received his B.F.A. degree in Painting from Süleyman Demirel University Faculty of Fine Arts, followed by an M.F.A. degree in Painting from Marmara University Institute of Fine Arts. His art is based on the shifting contexts as well as the critique of the relationship between the image and its meaning. In his oeuvre, the "sensation of being everywhere" generates a liberating space for the viewer.

Özcan Saraç graduated from Essex University Department of Economics, and studied Art at the Ecole Parsons a Paris and Zürcher Hochschule der Künste. Referring to himself as an artist/researcher, Saraç creates research fields based on data processing and knowledge production, and offers a critical perspective on humanity's relationship with cosmic laws.

Meltem Sırtıkara is a graduate of Marmara University Faculty of Fine Arts, Department of Painting. In her works, she aims at bringing the viewers to a confrontation with their own vicious cycles, and her small-scale simulations render visible her questioning on the bigger picture. In each of her series, she focuses on another aspect of the existential problem, and thus she acts like a cult film director each film of whom tackles a different but interrelated subject.

Merve Şendil graduated from Dokuz Eylül University Faculty of Fine Arts, Department of Painting. In her oeuvre combining objects, texts and visual language, Şendil offers hints about her life and what she wishes to be in it.

İrem Tok received her B.F.A. from Marmara University Faculty of Fine Arts, Department of Painting. Tok creates dreamlike scenes using various materials in line with her choice of concept. Using surprising and tricky tactics, she takes familiar images and gives them the leading role in her mysterious adventures.

Born in 1981 in Istanbul, İpek Yeğinsü is a graduate of Koç University's Department of International Relations with a master's in Anatolian Civilizations and Cultural Heritage Management from the same university. As an independent writer and curator continuing her Ph.D. in Design, Technology and Society at Özyeğin University, she embraces a transdisciplinary, site-specific and pluralist/participatory curatorial approach. She takes the exhibitions not as finished products but as experimental fields triggering and favoring the development of new dialogues around them.