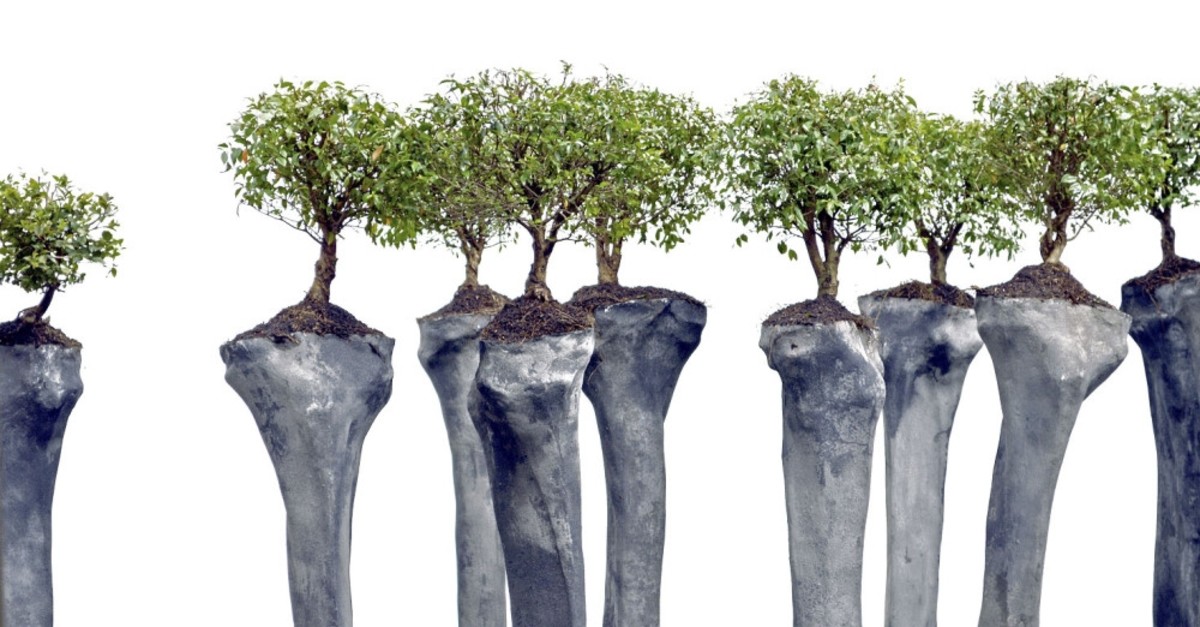 Colombian artist Rafael Gomezbarros, who rose to prominence with his installation "House Taken" which was exhibited at the London Saatchi Gallery three times in 2014 and 2015, is coming to Istanbul for his first solo exhibition in Turkey called "We Forget to Think We Are Born." The exhibition, which will take place in parallel with the 16th Istanbul Biennial at Sevil Dolmacı Art Consultancy, will run from Sept. 9 to Oct. 25.

Having graduated from Jorge Tadeo Lozano University's Faculty of Fine Arts in 2000, Rafael Gomezbarros has appeared in a number of leading galleries, museums and biennials in Belgium, Cuba, Austria, Sweden, the U.K. and the U.S. and others with his works that question the concepts of the individual's relationship with society, identity and anonymity, migration and memory, based on political conflicts in his homeland Colombia.

He has had a total of 20 solo exhibitions so far, and his works were exhibited at Biennial de la Habana in Cuba in 2014 and at Gangwon Biennial in South Korea in 2018. His world-renowned installation "House Taken" appeared in many museums and art institutions around the world, including Capitolio de Colombia building in Bogota, Colombia in 2010 and Lowry Center building in 2015 in the U.K.

Rafael Gomezbarros will display his selected works from four different series titled "We Are Numbers," "House Taken," "We Are Humans," and "I Eat, You Eat, They Eat" at his first solo exhibition in Turkey, which is curated by Javier Meija. The exhibition, which will be inaugurated at Sevil Dolmacı Art Consultancy on Sept. 9, invites the audience to reflect on the global problems of our time with questions such as "Should we forget what has been lost?" "Can we trust each other?" "Why would we migrate?" and "Why am I so hungry?" based on the damage and violence caused by the civil war that prevailed Colombia for many years.