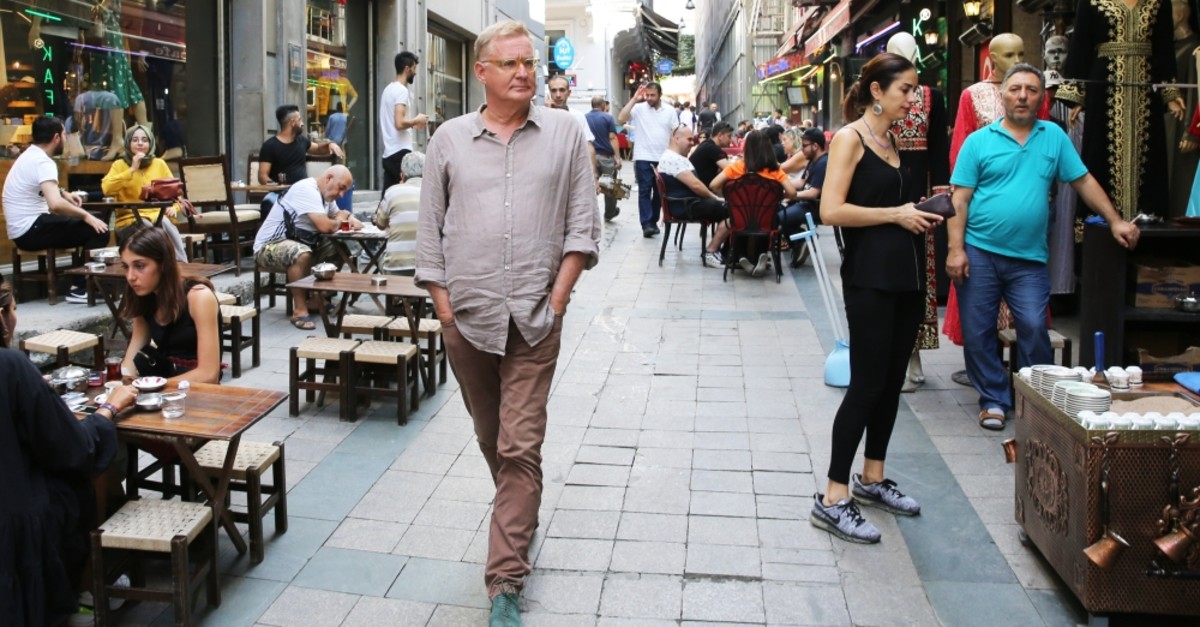 A German-born painter, photographer and 12-year Istanbul resident recounted his life in Turkey. In a series of interviews with foreigners living in Turkey, Anadolu Agency (AA) spoke to Jochen Proehl, who spent his childhood in Turkey due to his father's work, before returning to Germany after eight years. Proehl, 61, was born in Lubeck, Germany in 1958 and moved to Istanbul when he was either years old, when his father was appointed as a teacher in a German high school. It was hard for him to leave Istanbul, where he spent much of his early years.

"I lived in Istanbul until I was 16. Those were the most important years of my life because it was my childhood and adolescence. This made Istanbul my homeland," he said.

Continuing his education in the Berlin Art University, Proehl became a visual artist and worked as a lecturer at various institutions in Germany and Turkey. He came back to Istanbul for an exhibition in 2007, where he was offered a job in the city. Proehl settled down in Istanbul and is currently working as an instructor and director of culture and arts at Bahçesehir University.

"I met my wife here, who is Turkish. I fell in love with her and got married," he said, adding that when he moved back to Germany as a teenager he felt as if he were in a "foreign land."

Proehl said two things that distinguish Turkish society from others are its sentimentality and kindness. Proehl added: "The curious nature of Turkish people makes them open to innovations, quickly adapt to technology as well as easily communicating with foreigners." He said he could easily meet his neighbors in Turkey.

An enthusiast of Turkish music, particularly Arabesque, Proehl does not distinguish among artists: "Doesn't matter who it is. Orhan Gencebay, Ferdi Tayfur, Müslüm Gürses or İbrahim Tatlıses. I love listening to them all."

Turkish cuisine is another reason for Proehl's adoration of the country: "I love all foods — except tripe soup (işkembe çorbası) from kokoreç to mussels from menemen to grilled dishes."