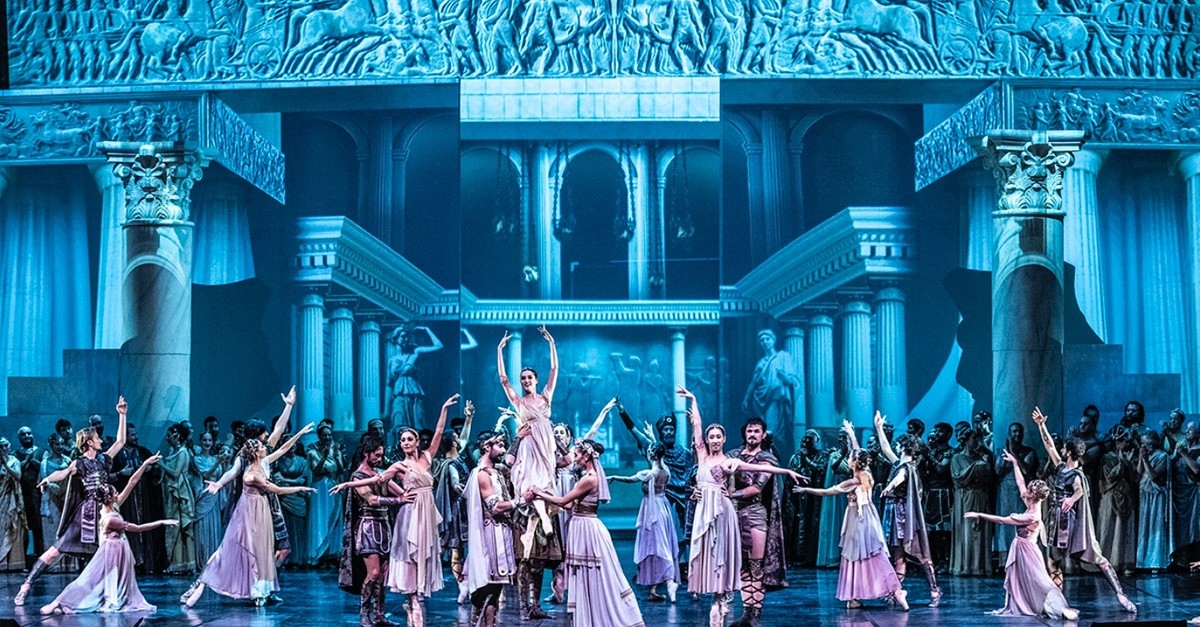 With the start of September, the ancient city of Aspendos will be the stage for amazing opera and ballet shows for 18 days with three operas, a classical ballet and two concerts

Held by the Ministry of Culture and Tourism's State Opera and Ballet General Directorate, the International Aspendos Opera and Ballet Festival is a significant organization that contributes to culture and art tourism in Turkey. The festival will be presented to the audience in the historic atmosphere of Aspendos' ancient theater and at the Antalya EXPO from Sept. 1-18 this year.

The International Aspendos Opera and Ballet Festival has been organized by the State Opera and Ballet Directorate, an organization that has demonstrated proficiency in artistic quality and a rich repertoire in the national and international arena, since 1994. The event will feature three operas, a classical ballet and two concerts.

The blockbuster "Carmen," "Aida" and "Troy" operas, "Swan Lake," which will be performed by the Vienna State Opera and Ballet, and unique shows by the National Honored Academic Dance Ensemble of Ukraine named after Pavel Virsky, which synthesizes folkloric themes and modern choreography, will mesmerize art lovers throughout the festival. The Gala Concert that will be performed by the State Opera and Ballet General Director and General Art Director Murat Karahan will make its mark at the closing of the event.

The festival will be opened by Georges Bizet's renowned and much-loved opera "Carmen." The opera will meet the audience with two performances by the Istanbul State Opera and Ballet on Sept. 1 and 2. This perfect art feast will be put on the stage by renowned Italian director Vincenzo Grisostomi Travaglini. 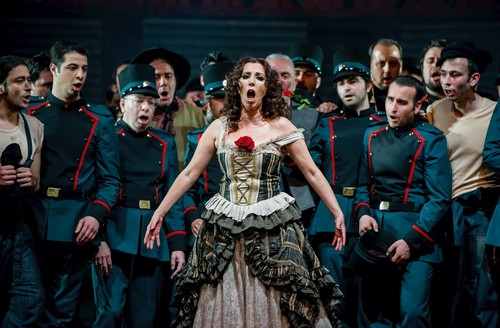 The "Carmen" opera will meet the audience with two performances by the Istanbul State Opera and Ballet on Sept. 1 and Sept. 2.

In the work, which will be staged accompanied by the Antalya State Opera and Ballet under the baton of conductor Zdravko Lazarovi, Efe Kışlalı will perform the role of Don Jose, while Murat Güney will take on the role of Escamillo. In the first performance on Sept. 1, the role of Carmen will be performed by Bolshoi Theater Opera soloist Yulia Mazurova. Renowned Russian mezzo-soprano Anasstasia Boldyreva will welcome the audience in the role of Carmen in the second performance on Sept. 2. Adapted from the namesake short novel by French play writer Prosper Merimee, "Carmen" tells the passionate love story of a soldier named Don Jose and a Roma girl named Carmen.

Cultural bridge for over 25 years

The Pavel Virsky Dance Company, which has performed 72 shows in 58 cities in the U.S. and Canada in 84 days, will offer their colorful and energetic shows for the 26th International Aspendos Opera and Ballet Festival on Sept. 4 and 5.

The company, which received the diploma of the World Peace Council in 1959 and a high "academic" title in 1971, will be on the stage with their traditional and new choreographed show "In A Vortex Of Dance," which they have created by taking Ukrainian folk music and dances as the base. One of the most prestigious art communities in Ukraine, the Pavel Virsky Dance Company has performed in many countries, including Vietnam, Korea, China, Cuba, Austria, the U.K., Canada, the U.S., Belgium, France, Spain, Italy, Greece, Brazil, Argentina, Venezuela, Portugal, Sweden, Denmark, Andorra and Japan, and maintains their central artistic place in the world.

Later in the festival, the famous classical ballet "Swan Lake" by the Vienna State Opera and Ballet will salute art lovers. The choreography is undertaken by Mihail Sosnovschi, who put the steps of Marius Petipa on the stage as two acts.

Pyotr Ilyich Tchaikovsky's immortal work "Swan Lake," in which the power of true love is told, tells the story of Prince Siegfried. Not ready to marry yet, he is forced to choose a wife by his mother at a ball held in his honor; however, he falls in love with Princess Odette, whom the magician Rothbart has turned into a swan, kept in the lake where he goes hunting.

The Vienna State Opera and Ballet, which was established in 1994, has taken the tradition and aesthetics of ballet as its mission and has saluted audiences worldwide.

The opera "Aida," which will be performed by the Antalya State Opera and Ballet under the baton of Italian conductor Fabrizio Maria Carminati on Sept. 12 and 13 on the mesmerizing Aspendos stage, will revive ancient Egypt.

Telling of the impossible love between Roman commander Radames and Ethiopian Princess Aida, the opera is directed by Vincenzo Grisostomi Travaglini. The Ankara State Opera and Ballet Choir artists will accompany the work on stage. The lead role of Aida will be performed by Franceska Tiburzi, while the role of Amneris will be voiced by Anastasia Boldyreva.

A first at EXPO

The opera "Troy," which has drawn great attraction since its premiere on Nov. 9 of last year, was most recently staged at the famous Bolshoi Theater in Moscow. This time the unique work will premiere in Antalya. The epic opera, the perfect project under the art directorship of Murat Karahan, will meet the audience at EXPO on Sept. 16.

rectorate, which was realized within the scope of the activities of the Ministry of Culture and Tourism in line with the "2018 Year of Troy," has achieved great success in Turkey and reached more than 20,000 spectators. It was performed at the Bolshoi Theater, one of the most important and prestigious institutions in the world, and received an enthusiastic standing ovation.

The composition of the work, which is staged by the Ankara State Opera and Ballet with more than 300 artists and a technical team and crossed the boundaries of Turkey, belongs to Bujor Hoinic. While the libretto was written by Artun Hoinic, the choreography was prepared by Volkan Ersoy. It is being directed by Recep Ayyılmaz.

"Troy," in which State Theaters General Director Mustafa Kurt performs the role of Homer, reflects "The Iliad" epic with glorious decor, light, sound, color, music and dance, which fits with the ancient value of Anatolia on stage. In the work, famous ballet dancer Tan Sağtürk performs the role of Paris' brother, Hector. The costumes of the leading roles have been designed by renowned fashion designer Atıl Kutoğlu. The decor design belongs to Aydan Çınar.