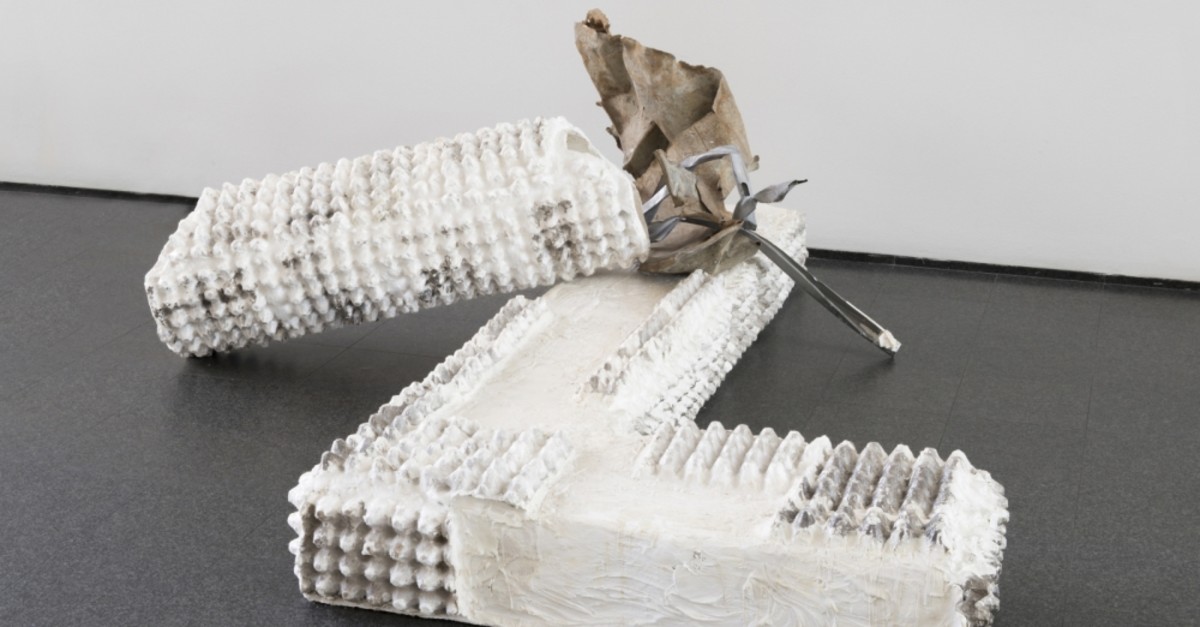 At the Museum of Contemporary Art (MCA) in Chicago, the current exhibition, ‘Can You Hear Me Now?' features U.K.-based veteran Palestinian artist Mona Hatoum, and her regional successors Jumana Manna and Lawrence Abu Hamdan among others, on the theme of listening as a form of social change

During the live performance of "AAA-AAA" (1978) for a television studio in Liege, Belgium, artists Marina Abramovic and Ulay (Frank Uvve Laysiepen) take on animal characteristics. Enacting a battle of tones, they charge through the ether armed with nothing more than vibrating tongues. They approach a metaphysical pressure point. Inflated with raw ambition, they attempt to speak over one another. It is a power play.

Tested and moved by the will to compete, with oneself and with a life partner, a sense of sheer passion overwhelms as Abramovic and Ulay reach the breaking point. In retrospect, "AAA-AAA" comments on the role of stamina in the artists' careers, with Abramovic approximating immortality. While touring last year, the famous cellist and child prodigy Yo-Yo Ma defined creativity as "the tenacity or the will power or the stubbornness or the dog-with-a-bone aspect."

Abramovic is one of the starriest names in the art universe. Her iconic, Serbian mien returns from cultural history with a classic in performance art to grace the introductory curation of "Can You Hear Me Now?" a current show at the Museum of Contemporary Art in Chicago. Outside the modestly sized Cohen and Stone Family Gallery, she and Ulay go tete-a-tete in a display of single-mindedness - so powerful, because it is personal, it is hard to watch. 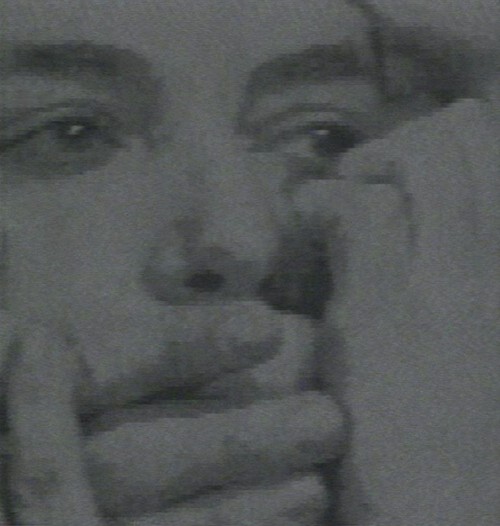 Ulay dredges up the pain of his desire to surmount hers. Abramovic trounces him with her unceasing, hoarse, mammalian call. She, a woman, is rooted in the strength of her body that, from the core, has no parallel in the natural world in terms of survival, and its chief means since the Paleolithic, projection. The young Jordanian artist, Lawrence Abu Hamdan, born 1985, further evaluated the tolerability of noise as pollution with his video, "The All-Hearing" (2014).

To listen or not to listen

Abu Hamdan describes himself as a "Private Ear," adapting the synonym for a detective. His research-heavy audio installations are inspired by the underground music scene in northern England, but for his 13-minute piece, "The All-Hearing," he set his documentary lens closer to his Amman upbringing, in the mosques of Cairo, Egypt. Two preachers, one in imamate dress, the other in business attire, address prayerful crowds about Islam's counsel on invasive sounds.

"All believers are like brothers, and it is never right to harm a brother," said the preacher in more casual garb. "The Prophet refused loudness even in worship." Abu Hamdan went to Egypt following a 2014 reform enforced by the country's Ministry of Endowments. In the legendary city of a thousand minarets, all sermons require formal approval. Anyone who has been to Cairo knows that the adhan, or call to prayer, is heard from all directions.

"The All-Hearing" is as much intervention as it is a work of video. Abu Hamdan demonstrated the social role of art as a neutral and participatory mechanism through which to dialogue with the legal and religious infrastructure. Without official authorization, he convinced two Muslim leaders to talk to their congregants inside the mosque about the entirely secular matter of noisemaking in public.

The Ukrainian filmmaker Anna Kipervaser is thanked at the end of Abu Hamdan's video, "The All-Hearing." In 2010, she was equipped with a camera and field recorder on the streets of Cairo researching the ambitious Adhan Unification Project, which sought to reduce noise pollution in the largest city in Africa and the Middle East. The idea of streaming the call to prayer through the 4,000 recognized mosques via a single broadcast was more than controversial.

The documentary that Kipervaser produced, "Cairo in One Breath" (2015) is still screened at institutions across the globe, where contemporaries dialogue on the relativity of tradition and its perpetuity in confrontation with the pervasive nature of modern technology. As the American writer William Faulkner wrote, "The past is never dead. It's not even past."

Through interpretive angles and immersive interaction with their subjects, Kipervaser and Abu Hamdan appreciate the complexity of the adhan, not as noise, but as part of a historic conversation on the presence of sound as a social phenomenon that encompasses both the sacred and mundane.

A noise and its music

With scrap metal, wax, burlap, plaster and egg cartons, the Berlin-based Palestinian artist Jumana Manna, born in 1987, sculpted "Kollek, Olmert, Lupolianski and Barkat's Picnic in Silwan, Lord Kitchener's Neck" (2014). Its aesthetic is ruinous, though not of the ancient variety, though her area of focus is Jerusalem. Instead, she underpins the plastic manifestations of social incongruity and the inertial state of conflict that ensues in contested environments.

The modern day borders of Western Palestine are effectively the product of plans devised in the 1870s by a British army officer named Horatio Herbert Kitchener. Manna, who was raised in Jerusalem, found a muse in the vanquished soil of occupied territory, particularly in Silwan, where a Palestinian village rests atop two-millennia old tombs. When people claim the right to a patch of land and refuse to move, they stand on the archetypal ground and symbolize all of humanity.

Among her compatriots, Mona Hatoum is one of the most distinct voices parallel to the national struggle of Palestinian self-determination. However, she is not a woman of words. Her visual art is as removed from verbiage as she was from her homeland when she was forced to remain in England after the outbreak of Lebanon's civil war in 1975. And

curiously, her work is not overtly political. She reframes specific aspects of social cause into psychological universalities.

Her piece, "So Much I Want to Say" (1983), is a black-and-white videotape rotation of stills beamed from an outmoded Panasonic monitor. The work figures a self-portrait of the artist with her hands over her face in a variety of smothering contortions. Hatoum is then heard enunciating the title, slightly muffled, over the image's automated repetition. That the only thing she can say is that she cannot say anything is emblematic of her life as a Palestinian woman.

Nearly 40 years since she visualized her point, the seven-and-a-half minute video is evergreen. Although from an older generation of performative conceptualists like Abramovic, her experience of subjugation and its discontents as a displaced person living in the West is as immediate as her contemporaries. "So Much I Want To Say" went on display last summer at Istanbul's Riverrun gallery. Its television light beamed through a curtain-length transparent newspaper print.

Throughout her career, Hatoum has recurrently expressed the isolating traumas of dislocation as a modern-day method of conquering. Such politicized forces have the capacity to blind and deafen an entire people, as with every life form, and even inanimate objects that might hold personal resonance. Hatoum's visual tautology has gained intergenerational momentum in Abu Hamdan's metaphor of noise pollution, or the junked space of Manna's neocolonial picnic.