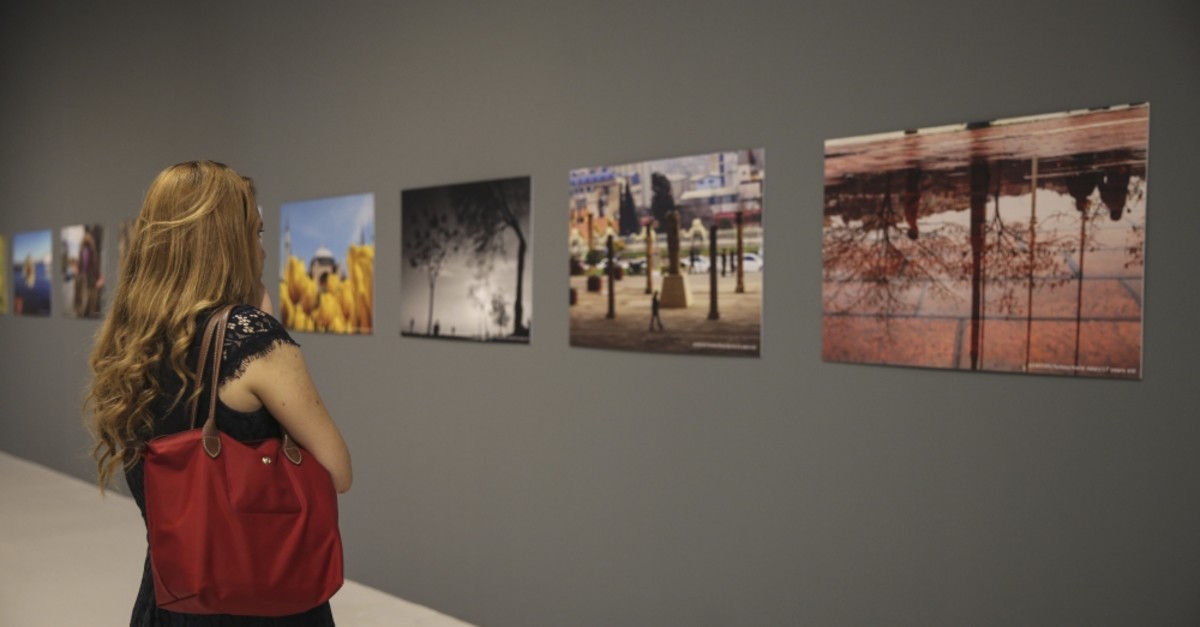 30 Turks and 30 Syrians living in Gaziantep, Istanbul and u0130zmir were trained by renowned-photographer Reza Deghati and local photography artists for 10 months.
by Anadolu Agency Sep 12, 2019 12:22 am

The "Dreams of the Future" exhibition prepared by 60 Turkish and Syrian children living in İzmir, Gaziantep and Istanbul provinces has been opened at CER Modern in Ankara as part of the "Youth Lens" project that started with the support of the United Nations Children's Fund (UNICEF) Turkey.

Philippe Duamelle, the UNICEF representative in Turkey, Devrig Velly, the directorate-general for European Civil Protection and Humanitarian Aid Operations (ECHO), and Serdal Eravcı, the deputy director-general for the Ministry of Youth and Sports Youth Services, attended the opening along with many guests. Speaking at the ceremony, Duamelle said that the exhibition started under the Youth Lens Project in 2018 in the frame of the joint works by the Ministry of Youth and Sports, UNICEF and the EU. Noting that the exhibit was opened in Paris in May and in New York in June, the representative stated that the exhibition in the capital Ankara will be opened ‪until Sept. 14.

He reported that 30 Turks and 30 Syrians living in Gaziantep, Istanbul and İzmir province were trained by renowned-photographer Reza Deghati and local photography artists in 10 months. With this project, it is aimed that the youth will come together with this project and social unity will increase. "This project is a bridge between Turkish and Syrian youngsters in this sense," Duamelle told.

Education a right, not privilege

Devrig Velly also emphasized that this exhibition represents hope and dreams for a brighter future and said, "Education is not a privilege but a basic right for everyone."

Reminding that Turkey hosts 4 million refugees and is one of the biggest countries for refugees in the world with this number, Velly highlighted that this shows the kindness of the Turkish nation and their solidarity with the refugees. Velly indicated that half of this population comprises of children. "The biggest aim is that no children stay unschooled," he said. Serdal Eravcı also said that this project has seriously contributed to the social integration of the refugees.