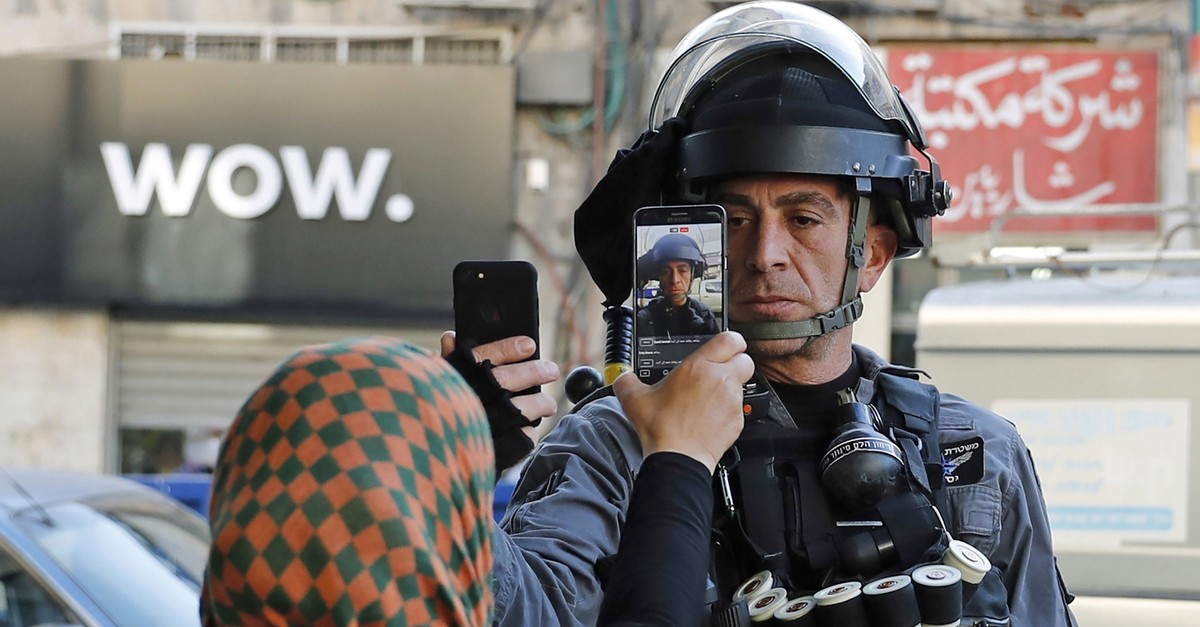 Anadolu Agency (AA) on Tuesday opened an exhibition in the central train station in the capital Ankara where award-winning news photographs of the international Istanbul Photo Awards 2019 are exhibited.

The exhibition provides passers-by with an opportunity to take a glance at the most successful images of the international photography contest, which has been held annually since 2015 with the participation of some 100,000 entries.

The photographs — which depict various events and incidents such as migration, natural disasters, people's struggles across the world were meaningful and the exhibition selection was a total success, he added.

The winner of this year's the Photo of the Year award was a photograph taken by Agence France-Presse's (AFP) Ahmad Gharabli, which depicted a Palestinian woman retaliating at an Israeli soldier's attempt to take her photo during protests against the U.S. decision to move its embassy to Jerusalem.