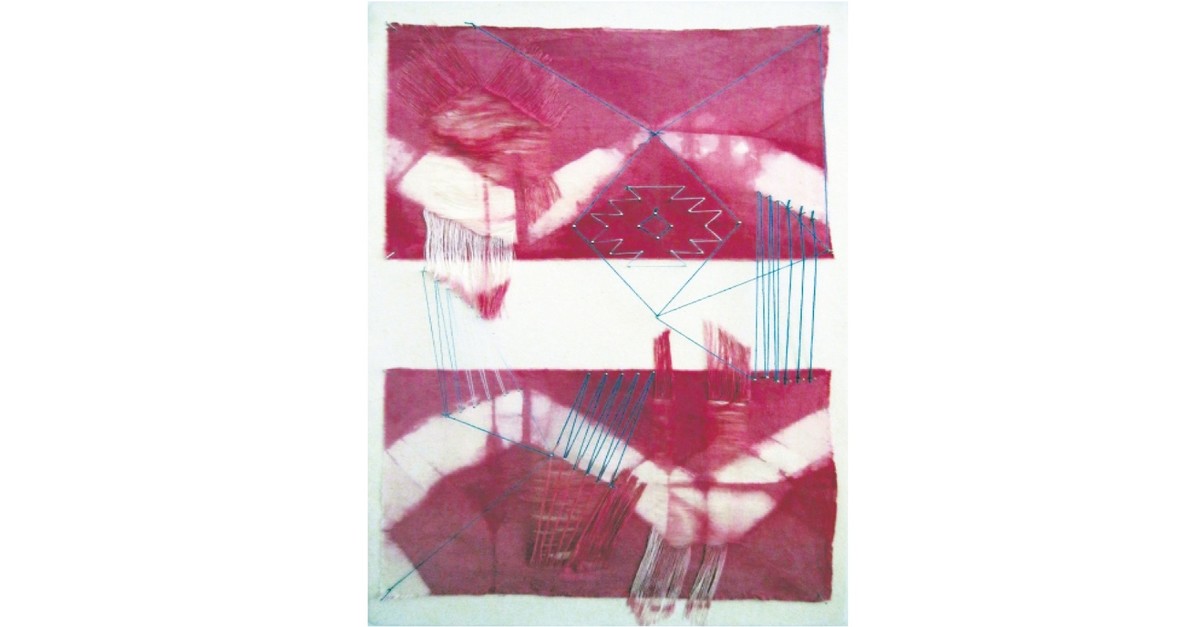 Bascunan redefines the concept of u201cborderu201d in her works through intertwined threads.
by Daily Sabah Sep 23, 2019 12:00 am

KRANK Art Gallery's new solo exhibition "Syncretic" opened its doors on Sept. 19. Chilean artist Maria Paz Bascunan invites the audience to a border full of the tensions of everyday life with her exhibition, which is a diary of a journey from memory without a compass ending in metropolitan cities. The exhibition will be open until Nov. 9 at the KRANK Art Gallery at Le Meridien Istanbul Etiler.

With her canvases consisting of the use and knitting of fabrics of different textures and structures, Bascunan motivates the reconstruction of ideas and expectations with her material and unusual technique.

The artist invites viewers to a border full of tensions of everyday life with her exhibition. The tension created by the ensemble of intertwined ropes reveals the necessity of recognizing the established plurality and otherness in the path of reconciliation of syncretism, that is, adaptation.

Thus, she redefines the concept of "border" in her works. Borders usually mean an area of containment intended to separate two or more parts. However, the border with the point of view put forward by the works exhibited appears as the meeting point of the differences emerging as a threshold. This threshold is considered as an area that strengthens and expands possibilities, rather than limiting them. Thus, border is no longer a separating wall that many authorities try to build but is turned into a brand new area where different yarns meet and intertwine.

In the "Syncretic" exhibition, fabrics reveal the spider web of complex relationships hidden behind an unrealistic claim of purity and homogeneity. Leaving behind the unitary debate in which a single judging and decisive voice emerges, a dialogue is formed in the fluidity of different voices in which syncretic debate is shaped.

Maria Paz Bascunan met with art lovers at a workshop on Sept. 21 in the Istanbul Biennale. After graduating from Fine Arts Sculpture Department at Finis Terrae University in 2006, Bascunan completed her master's degree at the same university in the Visual Arts Department. In 2016, she completed her master's degree in Contemporary Art Applications in Barcelona. Maria Paz Bascunan's exhibitions include three solo exhibitions in Chile and an exhibition in New York in 2014. She also attended the Beijing Art Biennale in 2017. She was recently selected by Chile's Fondart institution to open an exhibition in Istanbul.