Ancient Turkey in the Midwest University of Chicago's Syro-Anatolian Gallery 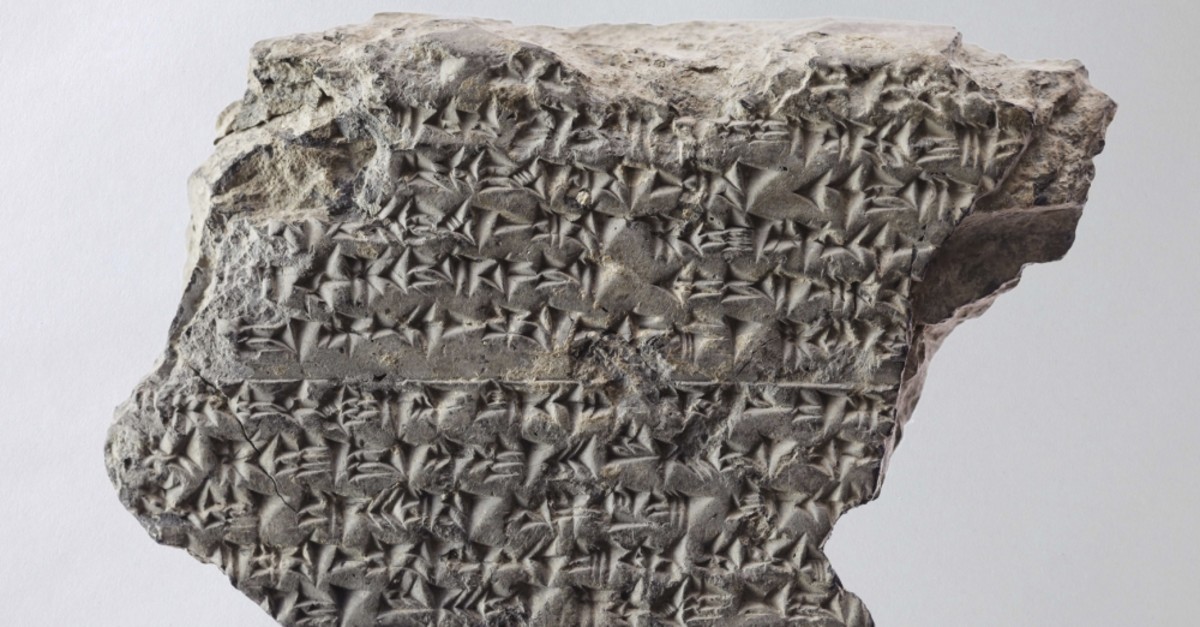 At the Oriental Institute on the Gothic campus of the University of Chicago, the world-renowned Syro-Anatolian Gallery represents one of eight collections of Near Eastern artifacts from Mesopotamia to Nubia, highlighted by a colossal Neo-Assyrian sculpture of a human-headed winged bull and invaluable finds from across Turkey

It is 1919, and James Henry Breasted sits upright at his desk, penning tight-lipped, and with a furrowed brow into a broad, gilded notebook. His hair is as white as his starched collar. His bifocals pressed downward, surrounded by leaves of copied manuscripts in the extinct languages of his expertise, from a region he perspicuously named the "Fertile Crescent," encompassing the Near Eastern lands that birthed civilization before Greece knew literacy.

Staring above his trained mien is a Pharaonic profile in the likeness of Nefertiti, that beauty of immortality which the pyramid-builders perfected with sculptural prolificacies unsurpassed. She rests atop a fragment of classical Greek inscriptions, beside an engraved stone pillar and parchments of Egyptian hieroglyphics. At the time, he had been on the University of Chicago faculty for a quarter century, since 1894.

His research effectively recalled mythical Greco-Roman origin stories from the tables of scientists around the world. The dawn of history, he proved, was founded much earlier, where, at the time, the East and West were drawing lines in the sand over territorial disputes that continue to rage today in such places as modern-day Iraq. In conflict zones, the oldest remains of art and technology are increasingly uncovered, and precariously preserved. 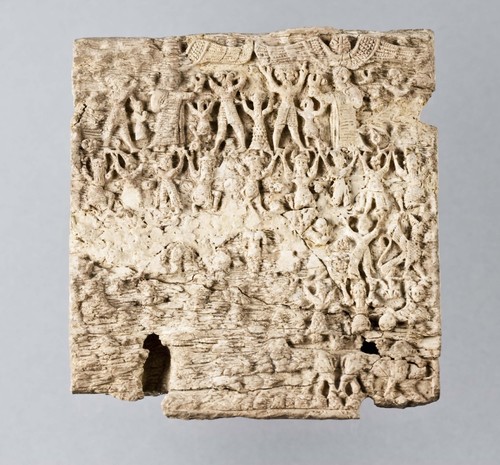 Fragment of Hittite tablet, "Song of Silver," baked clay, Hattusha, Late Bronze Age, courtesy of the Oriental Institute at the University of Chicago.

Breasted, in his wisdom, founded the Oriental Institute, with considerable financial support, to mine the reaches of Middle Eastern archaeology. He did so in the interest of respecting universal, human heritage. As is written on interpretive placards before the Institute's galleries, "At the time, it was legal practice for the host country to give a portion of the excavated finds to the institution(s) leading or funding the archaeological fieldwork".

Since the turn of the 20th century, Turkish and Western archaeologists have navigated often dangerous political boundaries in the Near East in a mutual attempt to contextualize findings according to national interest, while spreading the appreciation of humankind's one shared narrative of intellectual and social evolution. By the 19th century's end, the initial archaeological free-for-all leapt into repatriation rhetoric between sovereign nations.

Inside the Oriental Institute, before the beginning of recorded time begins with collections from Mesopotamia, there is a special selection of eight artifacts behind a polished glass case, each representing one of the main exhibitions curated free to the public. One is a fragment of baked clay from the Middle Bronze Age, excavated into the light of day after 3,700 years underground in 1929 in Turkey's village of Alişar Höyük, east of Ankara, and north of Kayseri province.

Only the snub-nosed beak of the ceramicist's bird of prey is left, with its fat gullet beneath a single, round eye. It is said that eagles, hawks and falcons were commonly depicted in ancient Anatolia, as they spied for the gods, and symbolized the royal power that came to emblazon Rome's double-eagled glory. Hunters thought they were clairvoyant. And when moderns say, ornithologist, they speak Hittite. Its root word comes from "haran" for eagle.

At its Syro-Anatolian Gallery, named after the pioneering, early 20th century female physician Henrietta Herbolsheimer, M.D., the Oriental Institute pays homage to the bounty of civilizational progress that swept across the lands currently defined by Turkey and Syria. It is filled with artifacts mostly gleaned from the Institute's ventures into the young Turkish Republic during the Anatolian Expedition (1927-1932), and the Syrian-Hittite Expedition (1931-1938).

The Amuq Valley, close to Antakya, and Central Anatolia are the most important regions where American-led archaeologists charted vast, prehistoric networks to trade stone, timber and metals from the Neolithic age, extending back to 9,000 B.C. all the way up to the Ottoman era. For 500 years, in the 2nd millennium B.C., Hittites were a great power in the Near East. A prelude to the diverse store of Hittite relics is an ivory plaque from the Late Bronze Age (1200-1150 B.C.).

The plaque is matchless in its elaboration of Hittite motifs. Excavated in 1936-1937 it displays the wealth of artistic learning that went into the construction of outdoor sanctuaries, many of which can be found dotting the rural landscapes of Anatolia, such as at Eflatun Pınar, about 215 miles south of Ankara. The ivory piece is carved with sun deities, winged disks and all varieties of horned, bearded, dancing creatures from a lost world of the archaic imagination. Interestingly, excavators found the plaque in the palace annex of Megiddo, Israel along with a cache of prized objects that scholars presume were tribute, or booty, between the neighboring civilizations. Hittite city-states were first consolidated around 1750 B.C. into one kingdom in a place called Kanesh, or Nesa, which to contemporaries is known as the site of Kültepe in Kayseri. Within a century, the imperial capital moved to Hattusha, where it built an administrative center with some thirty temples near the town of Boğazköy in the bucolic province of Çorum by the Black Sea. Through treaties and marriages, the Hittite empire possessed lands from Cyprus and Troy to the west, and the Upper Euphrates and Hatay to the east. Their palaces were graced with beautiful Syrian and Egyptian princesses, whose jewelry now hangs in Chicago.

Exquisite antiquities of the Near East

Hittite culture revealed fine talent for beautifying the mundane. Daily life was punctuated with ritual and festival. Handmade ceramics spun on the potter's wheel attested to a pervasive aesthetic infusion throughout society, from the lowest rungs of its industries in storage wares to pieces like the "Grape-bunch vessel," a curious Middle Bronze Age fabrication of baked clay from Alişar Höyük shaped with a whimsical touch given to its inebriating purposes.

Even activities as seemingly humdrum as economic trade were imbued with visionary, creative dimensions. Hittites were literary. They etched clay tablets with adaptations of everyday life into sagas of mythical proportions. One such fragment, listed as possibly from "Hattusha," modernly Boğazköy is from the Late Bronze Age. It preserves a Hittite legend, "Song of Silver," about a fatherless boy named Silver who becomes the king of heaven. The "Song of Silver" was essentially liturgy for the Hurrian ethnic group within Hittite lands. Their polytheistic theology followed much of the Mesopotamian belief systems. The 8th century Greek poet Hesiod found his muse in the "Song of Silver" for his classic work, "Theogony." It is no wonder, as the language, translated by Oriental Institute curators, is enchanting, even in bits: "I sing of Silver, the illust[rious]... Wise men [told] me of the orphan's... It was not to be."