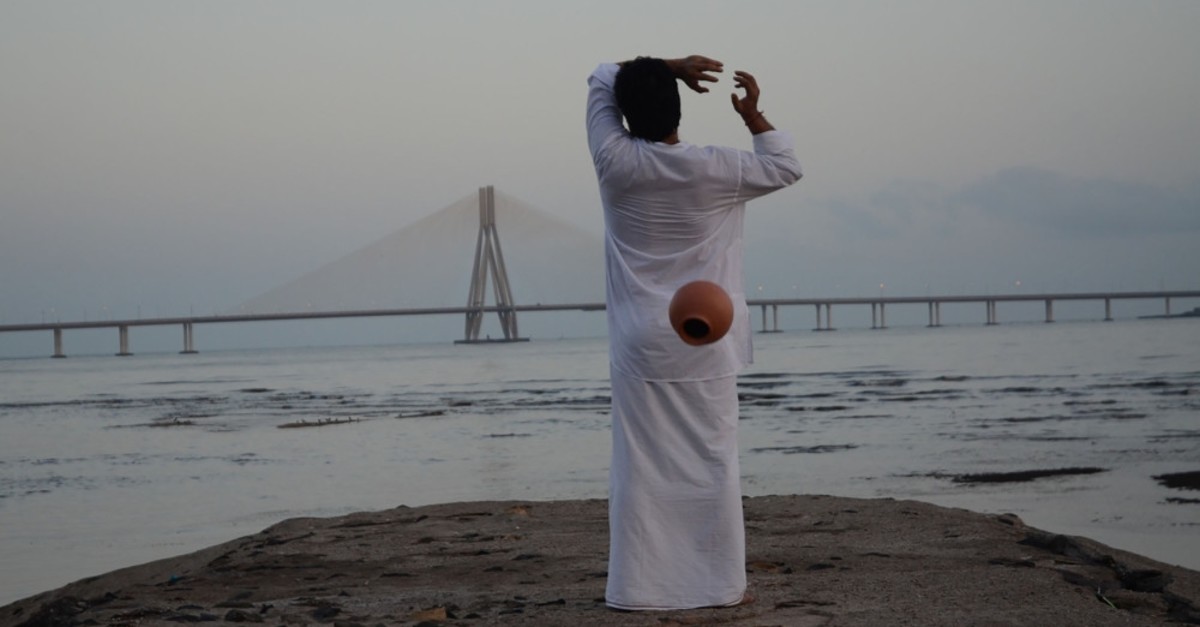 The works of Sudarshan Shetty salute art lovers with a reality that gets away from the previous state of transformation but also contains this previous state in itself.
by Daily Sabah Oct 01, 2019 12:10 am

Akbank Sanat opened its doors in the new season with Indian contemporary artist Sudarshan Shetty's exhibition "Self/trans-lation," which focuses on the concept of transformation and its layers. Opening on Sept. 10, visitors will be able to enjoy the exhibition at Akbank Sanat until Oct. 31.

Curated by professor Hasan Bülent Kahraman, the exhibit brings the cultural reality of transformation to the agenda with statues, installations and videos. The works of Sudarshan Shetty salute art lovers with a reality that gets away from the previous state of transformation but also contains this previous state in itself. In the artworks, visitors will recognize that this reality is not the same anymore.

Curator Kahraman talked about the exhibition, saying, "Reproduction is a cultural problem. This is a translation. Every transformation equals to a translation. Shetty presents the transformation and transition, which people experience as a cultural reality, as a cultural problem. The translation, which he handles with a perspective in which differences come together and unite, emerges when different articles create a common pattern. Likewise, he emphasizes that cultures' transformation is the key to produce common cultural patterns. The one who transforms and converts is the human being. The human whose essence transforms translate himself and can create rivers into which they cannot step twice. Shetty's exhibit is a poetic, lyrical and pastoral interference in the reality of the era."

"Self/trans-lation," in which Shetty looks for the trace of time in the reality of cultures, searches for the reconciliation point of two different realities and cultures with the uniting of two different materials. The exhibit can be visited from Tuesday to Saturday between 10:30 a.m. and 7:30 p.m. for free.

Born in India's Mangalore city in 1961, Indian contemporary artist Sudarshan Shetty lives and works in Mumbai. Completing his education in painting at the Sir J. J. School of Art, Shetty was inclined to produce statues, installations, videos, sound and performance areas in time. He searches for basic ontological difficulties that the objects world brings with it mostly. The hybrid structures of the artist, who has been represented by prominent galleries in the international arena like Leila Heller Gallery, Galerie Templon and Galerie Krinzinger, examine the concerns of the geographies to which they belong and the concept of movement as well as questioning the uniting points of the Indian and Western traditions. Shetty started to make a name for himself in the contemporary art world with his works exhibited in the most popular platforms in India, such as the Rolls-Royce Art program, National Gallery of Modern Art and Kochi-Muziris. He took place in the significant international art formations, including the Sidney Biennial, Vancouver Biennial and Art Basel. In 2016, he curated Kochi-Muziris biennial.

"A Song A Story & The Empty Vessel," "Shoonya Ghar - Empty is this house," "The Cave Inside," "Mimic Momento," "Indian Highway," "Between the teacup and a sinking constellation" and "Listen outside this house" are some of the works by the artist.