Istanbul State Opera and Ballet back with all-time favorites 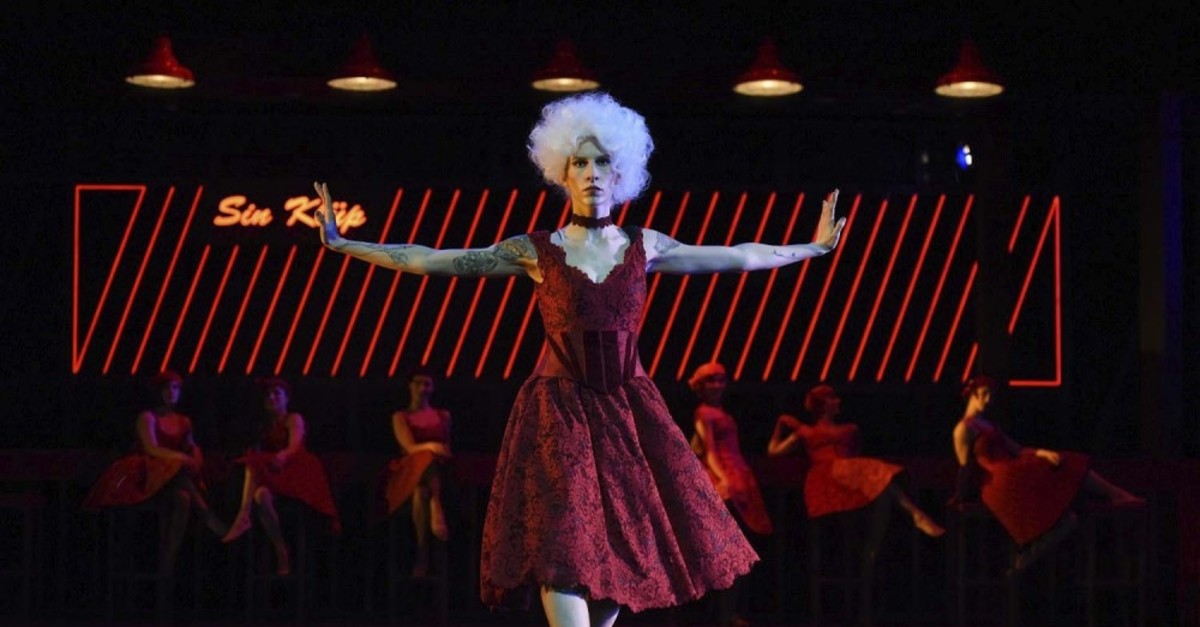 Istanbul State Opera and Ballet opens the season with ‘Retrospective - Journey to the Past,' with inspiration taken from the current ecological tragedy we are living through

We have a dump in the middle of the Pacific Ocean, a dump consisting of the waste we dumped in the ocean. It has become an island of waste consisting of 7 million tons of waste, recently termed the seventh continent. In order to draw attention to the ecological change that humans caused, the Istanbul Opera and Ballet is asking "why do you want to produce new products when we have all the objects in the world?"

In line with this question, the Istanbul State Opera and Ballet (İDOB) is presenting a "Retrospective - Journey to the Past" programs, which will bring together collections from the past with the same vocalists and staff together. 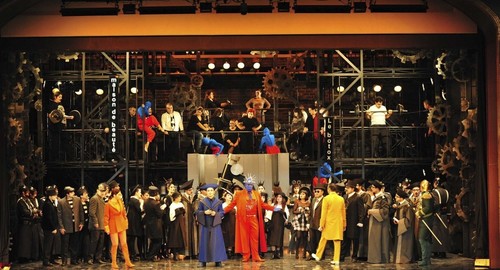 Photo shows a scene of full stage in "Faust," courtesy of IDOB.

The İDOB greets the new season with the works of Ludwig van Beethoven, with a concert today and on Oct. 5 at Süreyya Opera House in Kadıköy.

The first example of Beethoven using the human voice at the same level with musical instruments and composed by piano, chorus and orchestra was in 1808's "Choral Fantasy," named the "IX. Symphony" and will be included in the program.

The conductor is Zdravko Lazarov and the choir conductor is Volkan Akkoç and pianist Birsen Ulucan will be at the concert together with Otilia İpek, Barbora Hitay, Hüseyin Likos and Suat Arıkan. The vocalists for the "Coral Fantasy" concert will be Sevim Z. Ateş, Hale Soner, Özge Kalelioğlu, Ufuk Toker, Onur Turan and Umut Tingür.

In addition, enthusiastically awaited "Carmen Opera," which premiered in Aspendos will also be staged at Zorlu Performing Arts Center (PSM). Besides, M. L. Weber's musical "Evita!" will be staged in Istanbul after 30 years.

Magnificent masterpieces are waiting for us at the ballet. Ballet works that will meet the audience at Kadıköy Süreyya Opera Stage and Zorlu PSM are Minkus' "Don Quixote," Tchaikovsky's "Sleeping Beauty," "Dance Triangle" consisting of works by Rachmaninoff, Işıközlü and Ravel, and "Yunus Emre Oratorio" staged by opera instructor Aydun Saygun, "The Three Muskeeteers" consisting of Guiseppe Verdi's music and "The Hunchback of Notre Dame" by Hoinic and the traditional Mini Fest will close the ballet season.

İDOB's Modern Dance Company will be celebrating its 10th season this year. As well as with popular works such as "Jizel," "Elektronika," "City-Forest" and "Güldestan," the "Dance of Masters" program brings together choreography profession like Uğur Seyrek, Aysun Aslan, Mehmet Balkan and Geyvan Macmillen who will salute art lovers. In addition, it plans on restaging the "Dönülmez Akşam," which celebrates the art of the 1970s and 1980s.

Children are artists and spectators of our future. For them, the İDOB repeats its most favorite plays "Tamino's Dream," "Stroller Knight," "Dance, Sing," a "Painting Contest" as part of April 23 Children's Day and children's choirs.