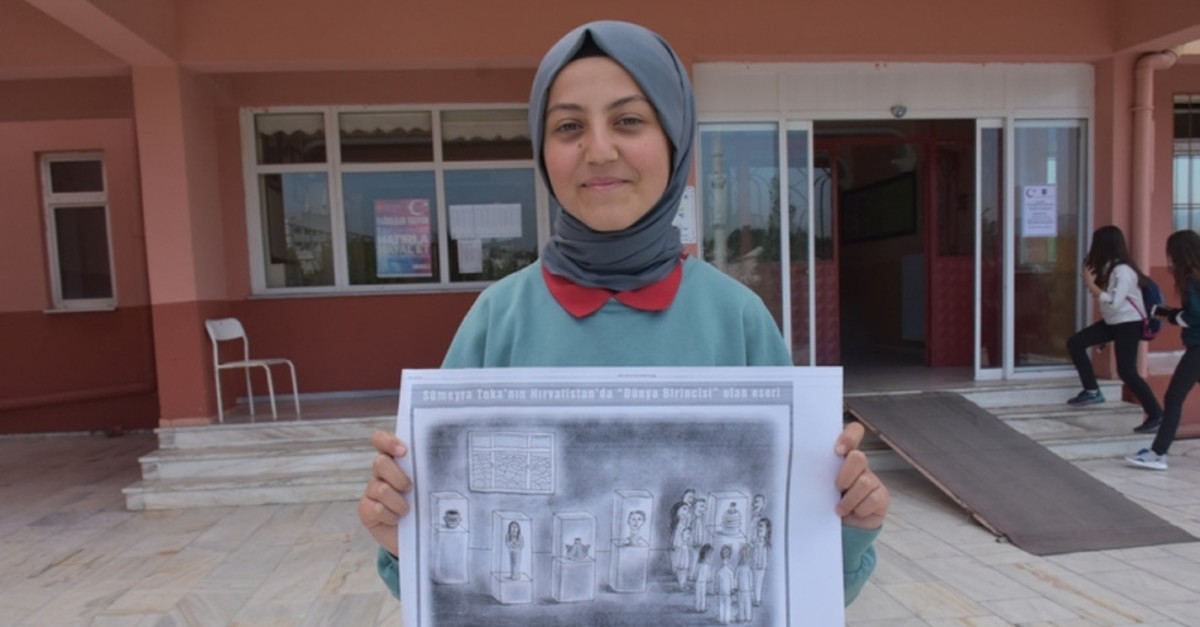 Sümeyra Toka from Boyabat district won first place in the young people category of the international competition, which was organized with the theme of water and received entries from many countries.

The 14-year-old student from the Boyabat Şehit Ersoy Gürsu Anatolian High School has previously received numerous national and international awards in the fields of painting and caricature.

Toka told reporters that that her teacher Aşkın Ayrancıoğlu, who is also an award-winning cartoonist, is a contributing factor of her success in the visual arts.

Toka said that she received great support from her friends and teachers while preparing for the competition, expressing her happiness and pride that she had won the championship.

Ayrancıoğlu told reporters that she has been working with Toka for three years.

"It is very special for me that a student who lives in a village and has no connection with art or caricature works patiently and faithfully and rises to the first place in the world," she said.

"This success of Sümeyra is living proof of what our students can achieve in the field of art when they work hard," Ayrancıoğlu said, adding that the ninth-grader's example goes against the educational theory that test-taking is the only way students can progress.