'Vox Lux': A startling metamorphosis of a well-portrayed survivor 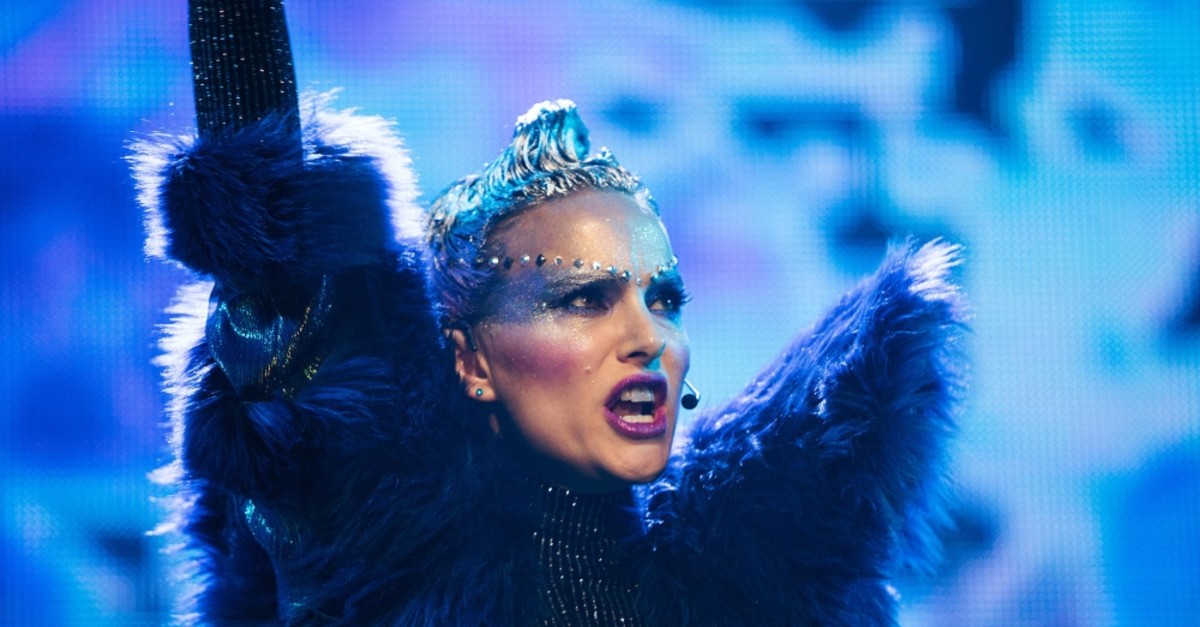 I remember how Natalie Portman sparkled in the last scene of "Black Swan." After her growing paranoia and anxiety about being good enough for her role accompanied by doppelgangers and hallucinations, she nails the big dance show, offering a perfect performance. While watching the scene, I was moved by Portman's portrayal of the character. Now, I will talk about her most unforgettable, relentless and tongue-in-cheek performance since this movie.

Directed by Brady Corbet, "Vox Lux" is the new production about a rising pop star after Bradley Cooper's "A Star is Born." Portraying the life of a girl named Celeste, played by Raffey Cassidy and Natalie Portman respectively, the film comprises of three parts like a three-act theater play. The prelude captures a brutal shooting scene, like the Columbine High School massacre. A boy named Cullen Active, played by Logan Riley Bruner, walks into a school in Staten Island and goes to a classroom where other students, Celeste and a teacher are having class. Killing the teacher first, he opens fire on all the students. Injured but able to recover, Celeste is the sole survivor of the attack.

During her time in the hospital, she and her sister Ellie, played by Stacy Martin, write a song called "Wrapped it Up" in the memory of the victims. After Celeste sings the song in the commemorative ceremony, it becomes a sensation across the country. Thus, the genesis part of the movie, that is Celeste's journey into the world of fame. We see how Celeste and Ellie set out on a new adventure together and what processes they go through. They discover their identities and the world away from their parents. Ellie assumes the responsibility of being the older sister and does her best to protect Celeste, standing by her all the time. However, not everything goes as planned between the two sisters. I think Celeste's trust in her sister breaks at some point when she discovers that Ellie has some kind of relationship with their manager. In the third part "Regenesis," an older version of Celeste, namely Natalie Portman, comes into play.

This time, we meet someone who has lost her innocence over time with the things she has seen in life but is still emphatic on stage. Portman, after her ballerina role, rises to the challenge with her performance once again. She perfectly reflects the alcohol and drug-addicted pop veteran who is still synthetic and an adolescent. Although she has a daughter who is mostly raised by Ellie now, she still experiences some kind of crisis and certainly does not behave maturely. She seems to hate Ellie for making a mess of everything while trying to be a good mother for her daughter. Moreover, we learn in this part that she was involved in a traffic accident and then said some racist things to the pedestrian. Now, she is getting ready to give a concert in her hometown for after this notorious event.

But guess what? This performance is also shadowed by another massacre like the one that happened years ago. Armed attackers in Croatia kill people on a beach while wearing masks that had found fame in one of Celeste's video clips. Following this terrorist attack, our pop star gives a speech full of uncertain statements. Nevertheless, she takes the stage and mesmerizes her fans with her songs in the hometown.

In the production, you will be affected by the shootings deeply. While you share the excitement of the two young sisters in their journey, you then witness the paradoxical inner world of a pop star thanks to the perfect portrayal by Portman. You will also see how her sister never gives up on her despite everything.

In the story, a voice-over helps you understand and keep up with the event sequels and three parts of the movie, alerting you to new changes. However, I should briefly mention that the last concert scene is unnecessarily long, although other transitions between scenes and times excellently executed. Indeed, that is the point. Corbet keeps it long on purpose to reveal the artificial facade this jaded pop star. Even so, I hated the prosaic songs.

All I can say is that a transformative story of an innocent survivor of a massacre to burned-out pop star awaits spectators with "Vox Lux." Be ready to be pushed from one emotion to another accompanied by perfect acting.