Çamlıca Mosque: The most modern complex of its kind in Turkey 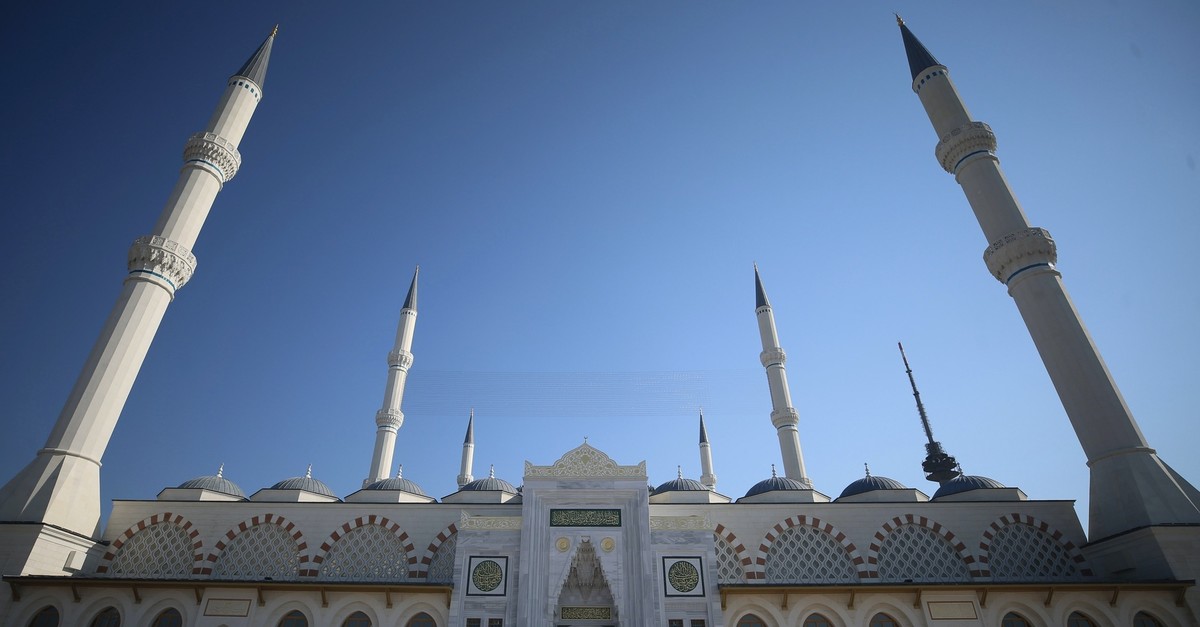 Evoking the atmosphere of mosques commissioned by the Ottoman Empire, Çamlıca Mosque is the most modern complex of its kind in Turkey with its art gallery, library, conference hall, art studio and Museum of Islamic Civilization – set to open later – as well as a peaceful place for worship. Attracting attention with its fine details, Çamlıca Mosque also has some interesting features. The mosque has six minarets to represent the six pillars of the Islamic faith. Four of these minarets, which feature three balconies, are 107.1 meters high and are dedicated to the Victory of Manzikert, and the two other minarets feature two balconies and reach 90 meters high.

The main dome of the mosque, which is 72 meters high, symbolizes the 72 nations living in Istanbul, and its 34-meter dome symbolizes the city of Istanbul. On the main dome of the mosque, there is a 3.12-meter-wide and 7.77-meter-high finial weighing 4.5 tons. The finial, which was colored with nanotechnology and consists of three parts, is the biggest finial in the world. Çamlıca Mosque has some of the largest gates for a place of worship in the world, with its main gate spanning 5 meters, 6.5 meters high and weighing in at 6 tons.

Çamlıca Mosque has an art gallery of 3,500 square meters, a library of 3,000 square meters, a conference hall that can seat 1,071 people, eight art workshops and an indoor parking lot for 3,500 vehicles. The mosque is distinguished by its sound, light, heating, ventilation and security systems. Ergin Külünk, the president of the Istanbul Mosque and Culture Service Units Construction and Sustenance Association, told Anadolu Agency (AA) that Çamlıca Mosque hosted 50,000 people in the morning prayer on Islam's Night of Wishes, Laylat al-Raghaib, on March 7, adding that President Recep Tayyip Erdoğan officially inaugurated the mosque on May 3 with the participation of almost same number of people.

Indicating that Çamlıca Mosque was designed not only as a mosque but also a complex in the modern sense and as an Islamic Ottoman social complex in the traditional sense, Külünk said that all the elements of the complex except the museum are operational now. Külünk stated that Çamlıca Mosque is a classic project using modern tools in its construction and that they have striven to use cutting-edge techniques, continuing: "While preparing the project for this structure, we designed it by taking into account standards above what are considered 'earthquake safe' for Istanbul. That is why the mosque is able to accommodate approximately 100,000 people in case of an earthquake. Çamlıca Mosque is one of the most robust buildings against earthquakes."

Underlining that Çamlıca Mosque has a broader visitor profile than first expected, Külünk said they have welcomed people from around the world. "Sometimes out of curiosity we ask them, 'Where are you from?' 'Tanzania,' 'Australia,' 'Chile,' 'Peru,' 'Russia,' they say. We ask what they have come for. They say they have come to see the mosque because it is the largest mosque built in Turkey in recent years. Some of them come to satisfy their curiosity about the mosque, which has been featured in national and international media, while others come for worship."