Göbeklitepe: A contemporary view of the mysterious journey of humankind 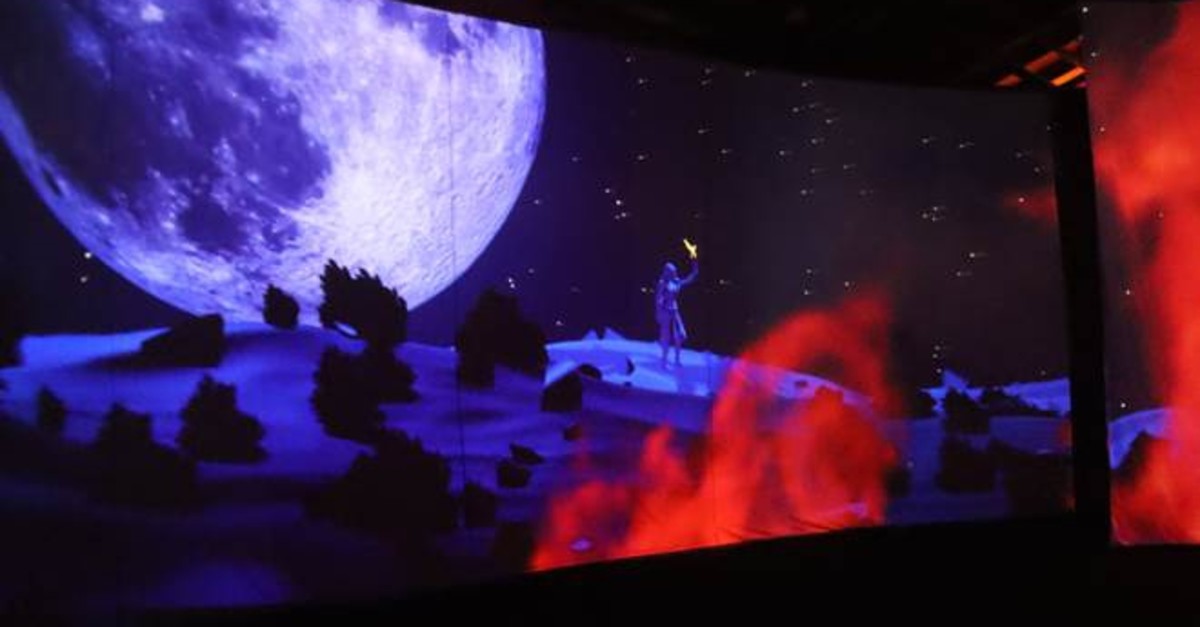 An area where the people gather around fires under the night sky is the last stage of the exhibition.
by Oct 09, 2019 12:00 am

Hailed as the world's first temple, the prehistoric site Göbeklitepe is meeting its admirers now with an impressive digital exhibition at the CerModern arts center in the capital Ankara. The exhibition "Göbeklitepe: The Gathering," touches on the mysterious journey of humankind based on the most striking archaeological findings of the century.

Located in the Germuş mountains of southeastern Turkey's Şanlıurfa province, Göbeklitepe is an 11,600-year-old structure, making it older than the Egyptian pyramids and Stonehenge. It is described as a "the human-centered pinnacle of creativity and productivity that is encoded into human DNA."

"The main theme of the exhibition is describing Göbeklitepe as a steppingstone of humankind's evolution of thought. The second aim of the exhibition is to display Göbeklitepe as a gathering point of humans, which was made instinctively; meaning we cannot describe it with our current knowledge or terminology. This story is important for CerModern, treating the social life of the past like an ordinary day. The four areas of the exhibition display the mindset of the people in a day, which is not very different from that of today – the fears and excitement of people are still the same. The exhibition is an experience, creating a black cube we envisaged to give these feelings to the visitor with sounds, lights and scents," the curator Zihni Tümer told Daily Sabah.

The excursion scenarios of the exhibition consist of four distinctive stages, all of which aim to create the experience our ancestors lived through with various senses including audio, visual and scent and to establish a tie between our past and mankind today. The first area describes man alone in nature where visitors experience the hunter-gatherer's environment. Toward the end of this area, visitors from two routes join a single place leading to the next area, which is the first gathering. Here, the day and night cycles are displayed, with a play on light and ever-changing fluid patterns offering a speculative perspective on body paintings that might have been used at the time. The third area of the crossroads to the gathering shows the intersecting roads and crowds flowing through the final gathering area where the people gather around fires under the night sky. At this point, the exhibition aims to build a bridge with today's people. Twelve visitors touch hand prints carved in stone, upon which the bridge starts to be built with sound and images. Twelve represents the number of pillars found at the site.

The Göbeklitepe exhibition will continue at CerModern until the end of the year and is also to be held in Istanbul and even abroad. "We will organize an unconventional conference on Göbeklitepe in December with the theme of a gathering, which will be attended by scientists and people that have worked at the archaeological site," Tümer added.