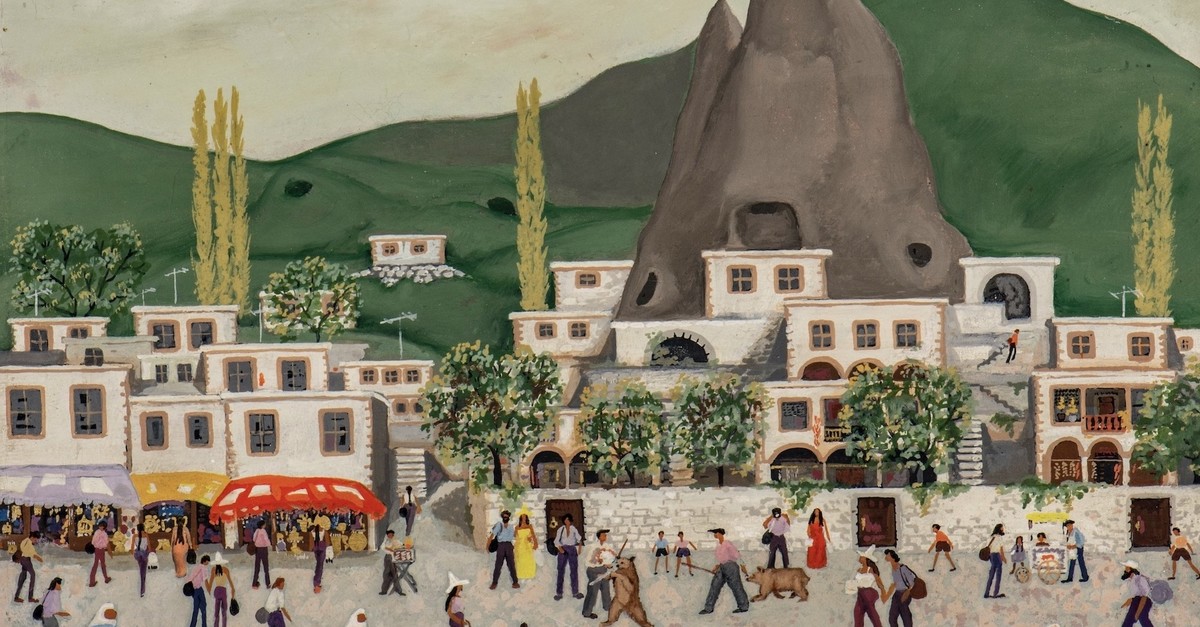 A collection of artists hosted by İş Sanat Kibele Art Gallery since its opening met art lovers on Oct. 8 on the occasion of its 20th art season. İş Sanat Kibele Art Gallery, which has been hosting master figures of Turkish plastic arts since its establishment, opens the new season with a group exhibition titled "Kibele'nin Hafızası" ("Cybele's Memory"). Curated by Emre Zeytinoğlu, the exhibition is held to a look back at previous exhibitions and artists.

Having opened the exhibition on the 100th death anniversary of Ivan Ayvazovsky, one of the most important nautical artists of the 19th century, the Kibele Art Gallery has hosted hundreds of precious works of master artists.

The art collection that İş Bank tries to create since the first period of the Republic continued to be enriched with added works from the exhibitions opened in the gallery.

"Kibele' nin Hafızası" is a part of the works that have been included in this collection in the last 20 years and allows art lovers to reconsider the period it covers. In the exhibition, works that have been added to a rich and rooted collection are presented with a concept in which a history comprising of old and new pieces and memory are handled. Prepared by art historian, ceramic artist, author and academic Emre Zeytinoğlu, the exhibit can be visited at the Kibele Art Gallery until the end of the year.