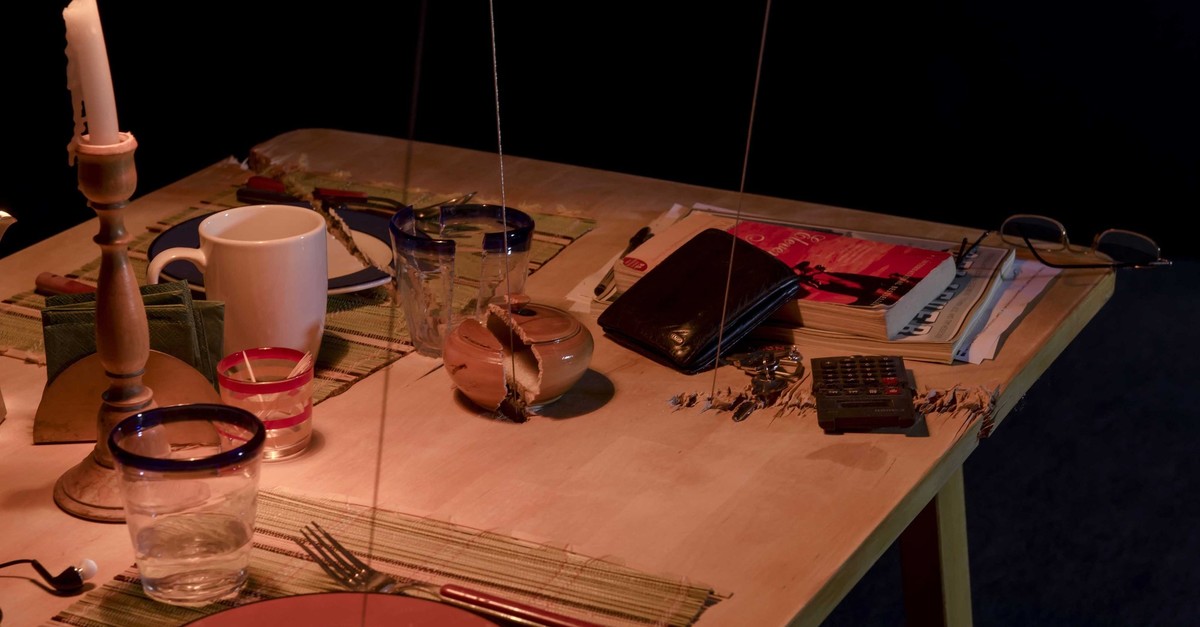 The dining room decor broken by electromagnetic steel spheres and divided into two in u201cIslands.u201d
by Daily Sabah Oct 10, 2019 2:04 am

In his artistic practice, Pedro Gomez-Egana explores various relationships and tensions between culture and technology. His works question historical machines, technological mysticism and how the network we live in shapes our perceptions. His new exhibition "Islands" is the most up-to-date stage of the artist's ongoing research on both private and fragile living spaces.

"Islands" plays with the idea of purgatory, spaces trapped between the living spaces and the white cube through an architectural intervention in the main gallery space in Istanbul. A tunnel-like structure houses rapidly rotating objects. These objects are so fast that their movement becomes almost imperceptible. Another play with a window connecting the different spaces created in the exhibition to each other and the gallery to the outside city points to the interplay of the concepts of the real and the artificial, and the personal and the public. An ordinary dining room decor, placed on a sloping floor, is broken by electromagnetic steel spheres and divided into two. These morphic living spaces and objects are the continuation of Pedro Gomez-Egana's previous works, in which he touches on the uncanny everyday life.

"Islands," named after 17th-century British writer John Donne's famous "No man is an island," reflects on digital networks; however, instead of focusing on digital interfaces, it looks at dynamism that makes analog objects sinister and fragile and shows the transitivity between inside and outside and private and public. The audio recording that accompanies the exhibition includes chapters from Anton Bruckner's 4th Symphony.