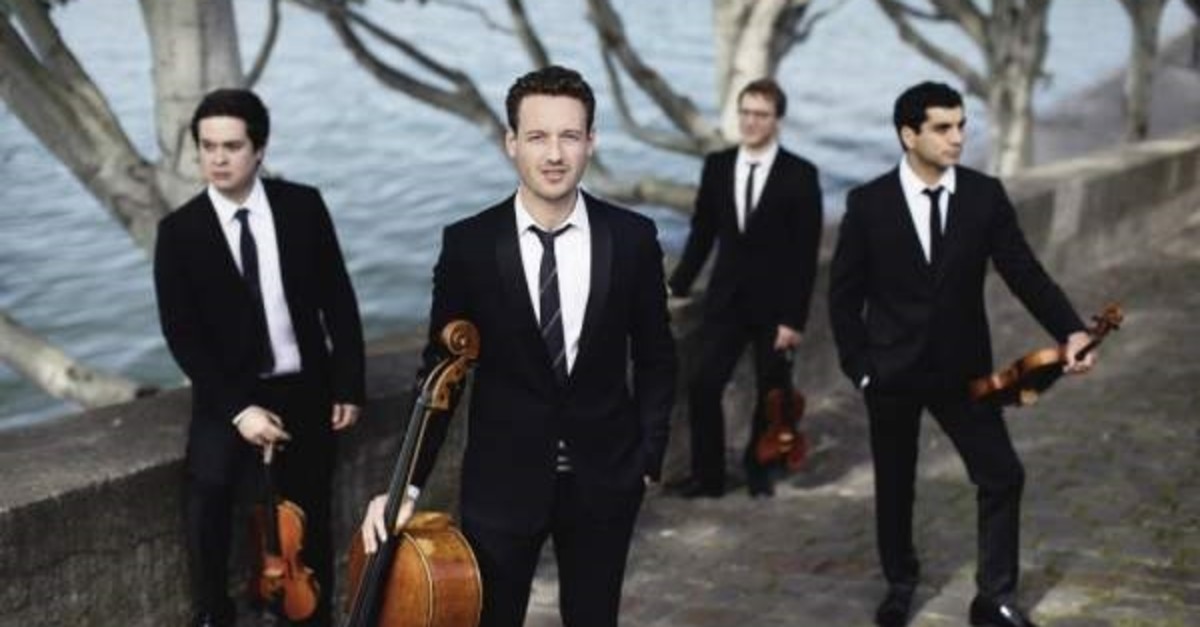 Boğaziçi University brings together music lovers from Istanbul, both young and old, at classical music concerts which have been held regularly every Wednesday evening at Albert Long Hall for 23 years. The series of concerts, sponsored by the Ministry of Culture and Tourism, Yapı Kredi Culture Arts and Turkish Airlines, begins with a concert by Van Kuijk Quartet, named “Rising Stars” by ECHO, at 07.30 p.m., Wednesday, Oct. 16.
The opening concert of Boğaziçi University Albert Long Hall Classical Music Concerts 2019-2020 Season, which invites music lovers to come closer with the theme “Music Brings Us Closer,” will be performed by Van Kuijk Quartet ensemble, which was formed in 2012. The ensemble won Best Beethoven and Best Haydn Prizes at the 2015 Wigmore Hall International String Quartet Competition, First Prize and an Audience Award at the Trondheim International Chamber Music Competition and HSBC Award at Aix-en-Provence Festival Academy. They were also named "Rising Stars" by ECHO in the 2017-2018 season.
The Van Kuijk Quartet will meet music fans with a program consisting of works by Mozart, Shostakovich and Beethoven that mark important intersections in the composers’ compositional styles. In fact, Mozart's “Fa Majör Divertimento,” composed after returning from his first trip to Italy, shows both how quickly the young composer assimilated Italian style and how he was preparing for his first string quartet, which he composed a few months later. Likewise, Shostakovich’s eighth string quartet, composed during his visit to Dresden, which was bombed during World War II and dedicated to the “victims of fascism and war,” contains autobiographical elements in its music. It starts with a motif which is considered the musical signature of the composer and includes quotations from the composer's other works. “Do Majör String Quartet,” the Last of Beethoven's Razumovski Quartets, is one of the indicators of the composer's new and more original style with its symphonic character and flexed sense of form.
The Albert Long Hall Classical Music series will continue throughout the year with a distinctive program that combines different disciplines of music and art. “Amatis Trio” will be the guest of Albert Long Hall on Wednesday evening, Oct. 23.
Last Update: Dec 20, 2019 1:03 am
RELATED TOPICS