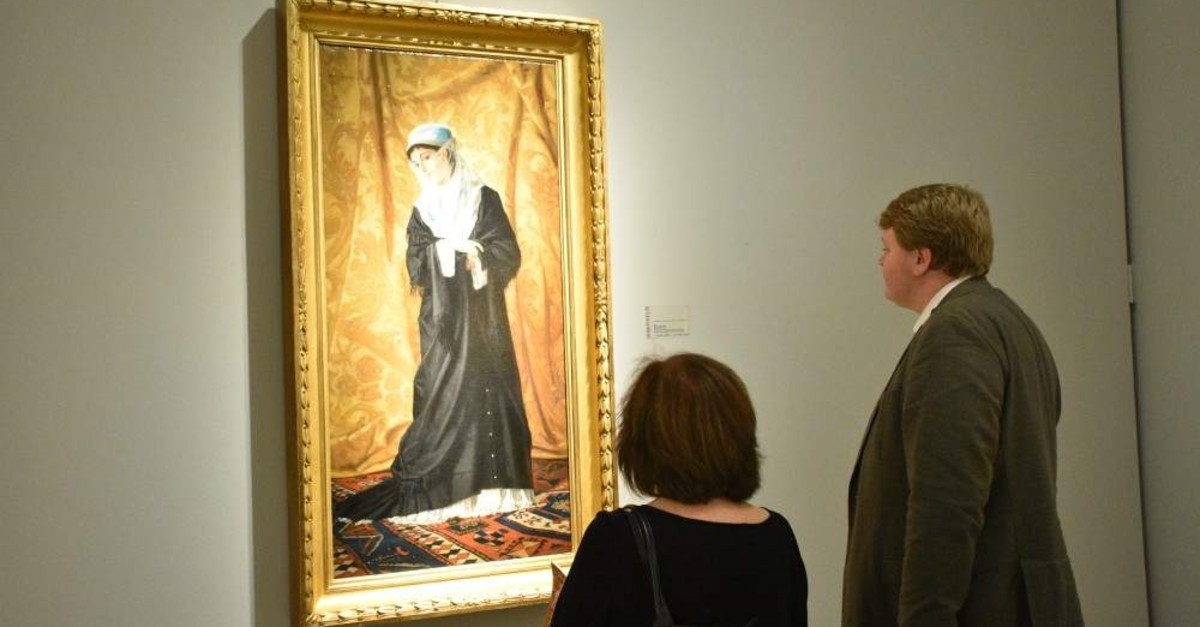 Osman Hamdi Bey's ,A Lady of Constantinople, painting was sold in an auction in Austria's capital Vienna for $1.6 million, a record-breaking prize of the year. (AA Photo)
by Anadolu Agency Oct 24, 2019 11:45 am

The auction was held at the Dorotheum art gallery in Vienna and the painting was bought by an unnamed bidder who followed the auction via phone.

Doris Krumpl, spokesperson of the art gallery, told Anadolu Agency that the painting was the most expensive one sold this year, adding that its value reached over 1.7 million euros ($1.9 million), including commissions and tax.

Krumpl stressed that "A Lady of Constantinople" was one of the most prominent works of pioneering Turkish painter Osman Hamdi Bey who lived between 1842 and 1910.

According to experts, the painting is of great importance as it is one of the first samples of a full-length painting of a person, especially in Turkish art.
His the "Quranic Instruction, Green Mosque" painting, dated 1890, was also sold on Wednesday in London for 4.64 million pounds ($5.92 million).