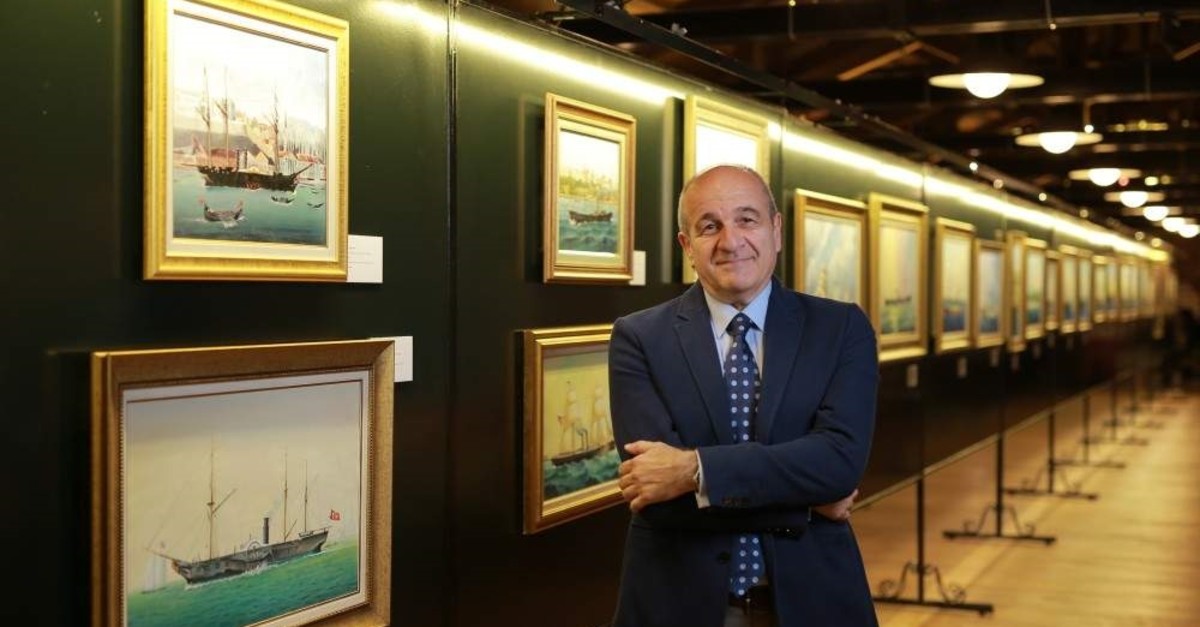 The Rahmi M. Koç Museum in Istanbul is once again shedding light on the history of maritime trade with a new exhibit. The true-copy paintings of the Ottoman-flag-carrying steamboats, cargo and passenger steamers, which were carried over from the Ottoman Empire to the Republic years, have been presented to the public for the first time in an exhibition entitled “Streamers: The Witnesses,” which will be open until April 20.
The Rahmi M. Koç Museum is the first and only industrial museum that reflects the developments in Turkey's history of transportation, industry and communication. With its collection of more than 14,000 objects, as well as training and workshops for children, the museum is the only venue that offers a combination of culture and entertainment. It also offers the opportunity to stroll through all the details of the history, from submarine trips to nostalgic train tours, from planes to classic cars.

This winter, dozens of paintings of steamers portrayed in accordance with their origin are shedding light on the change and cultural transformation in the history of maritime trade. The exhibition, prepared by Erdem Cever, features steamboat conquerors carrying cargo and passengers both during the Ottoman period and the Republican years. In the exhibition, where dozens of steamboat paintings such as Peyk-i Şevket (1838), Marmora (1845) and Aziz (1863) can be seen, all the works will be changed every two months and new works will be presented to art lovers.

Cever said that the paintings of steamboats will meet art lovers for the first time, adding that steamer enthusiasts can learn about steamers they have not seen or heard of at the exhibition. Cever emphasized that the dates on which the steamboats were given Turkish flags have been taken into account in the arrangement of the order of the paintings, noting that steamers in the exhibition span a period of 150 years. Underlining that the exhibit focuses on the actual images of steamers and the technical details about them, Cever said, “The main purpose of this exhibition is to appeal to the imagination of the students who visit exhibitions and museums in groups and to bring a visual archive into the maritime history of our country.”

Cever, who said that he has been collecting steamer pictures since his early youth, described how he created the exhibition. “Initially, these were postcards, brochures and posters. After a while, the subject of the paintings I bought was steamers, which were my main area of interest. But there were no Turkish steamers among them; I could not find them because there were none. So, I found a painter and wanted him to draw the steamers I liked. In the following years, I had him draw all of the Turkish-flagged steamers carrying passengers that I found the photos and drawings of. The project was formed spontaneously,” he said.