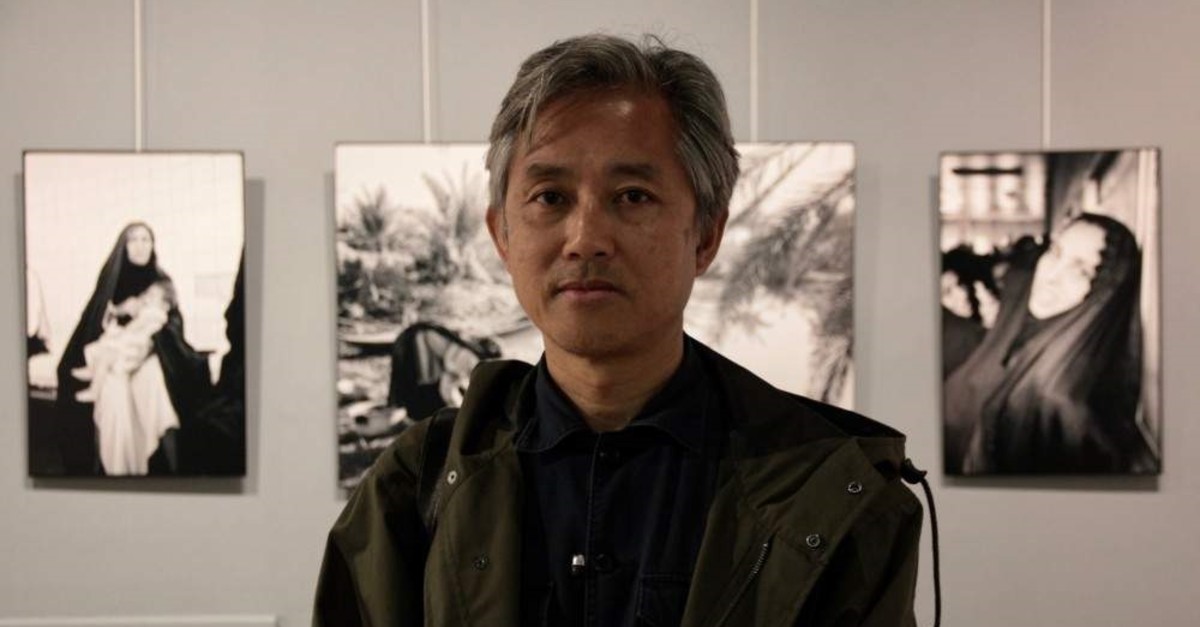 Laos-born French photographer Lam Duc Hien, who conducts photography studies focused on social events, has photographed violence against women in 50 countries. Hien, 53, spent two years in a refugee camp and has been photographing the effects of violence and wars for 25 years.
Hien conveys a message of sensitivity to this issue with photos of women who have been subjected to violence all over the world. He first listens to women who are subjected to violence in countries such as Romania, Rwanda, South Sudan, Bosnia-Herzegovina, Iraq, and Pakistan and then presses the shutter. Then, he brought together his photographs of women who were subjected to violence in his project “Mother, Mothers...” and presented them in an exhibition in Bursa province, followed by Istanbul, Ankara and İzmir provinces.
Hien, the winner of important awards such as "World Press Photo," told Anadolu Agency (AA) that he was pleased that his exhibitions also opened in Turkey.
Pointing out to the difficulties in his life, Hien said, "There has always been violence against women, war, domestic violence in places where I have lived since my childhood. I have always had it in my body and in my heart.”
Hien stated that he dedicated himself to humanity after learning to take photographs, adding, “I have dealt with immigrants, victims of war, and especially women subjected to violence. In the beginning, it was not a specific issue for me. A few years later, I found out that all my photos are about women and children who were being exposed to violence. And those who saw my photos asked me to keep working on it. Showing violence against women was a task that entailed courage. These are usually taboo issues.”
Hien said he traveled to 50 countries and took thousands of photos, continuing, "I take the photographs not with my eyes and my camera, but with my heart and my ears. I listen to their stories first. So, I make friends with them. Women who do not want to be photographed at first allow me to photograph their private lives at home and to take photos in very difficult moments after I listen to them following a few days or a week after our conversations. And they have full trust in me. So, some of the photos mean a lot to me."
Hien also touched on why he named his project “Mother, Mothers...,” explaining, “First singular, then plural. ‘Mother’ is my mother. I dedicate my photos to my mother first. When I say 'mothers,' I respect and remember all mothers. In all the violence, women are always the first target. Children also live in violence.”
Emphasizing that the negative impact on mothers is great when their children are exposed to violence, Hien noted, "I strive to change this. In many countries, including Europe, it is a taboo issue, an untouched issue. To change this, it is necessary to talk about it." The exhibition, consisting of 56 photographs featuring women and children from many countries around the world, will be showing until Dec. 1.
Last Update: Dec 20, 2019 1:40 am