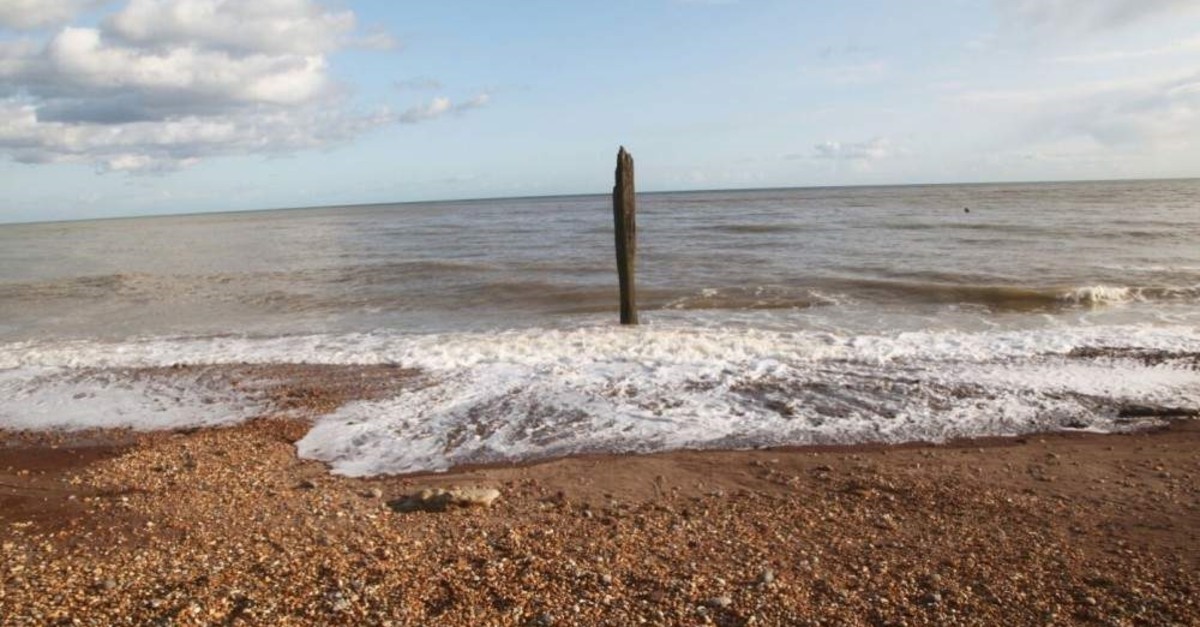 by daily sabah
Dec 10, 2019 3:27 pm
The Istanbul-based art management institution Cubis Art Istanbul is presenting “Terra Genesis” by artist Cüneyt Aksoy. Inspired by the artist’s quest for a new universe and alternative life forms, the show is being presented to art lovers at Adahan Istanbul, located in Istanbul’s Beyoğlu district, from Dec. 5 to Dec. 31.
“Terra Genesis” is an exhibition based on the discovery of new cycles and the identification of alternative life forms in the chaos of the present era that helps human beings sustain their life cycle. Artist Cüneyt Aksoy continues an internal inquiry by using natural materials such as stone, sand and water. The artifacts made up of organic and inorganic components such as sand and concrete represent a distorted world.
The well, which is installed like the center of the exhibition space, is indicative of vital signs. Along with the well inside the space, which is an old cistern offering complimentary stone texture, Aksoy's works form a strong connection with the space and present the viewer with an aesthetic visual in search of new life forms along the lines of presence and absence.
His abstraction, which is seen as an expression of the artist's aesthetic and visual world on the surface, offers references of a dark world in gray, anthracite and deep tones. The works, which are viewed in different forms, direct the viewer with a textural perception of volatile images, like ominous black powder on gray tones.
“Terra Genesis” brings together issues such as the transformation of living spaces, the variability of life, the destruction of the planet through human intervention, the temporality leading to extinction and the discovery of new living spaces and forms with interdisciplinary approaches such as video and installations. The exhibition questions human conscious transformation, the destruction of the world and the creation of alternative worlds.
Last Update: Dec 20, 2019 2:17 am