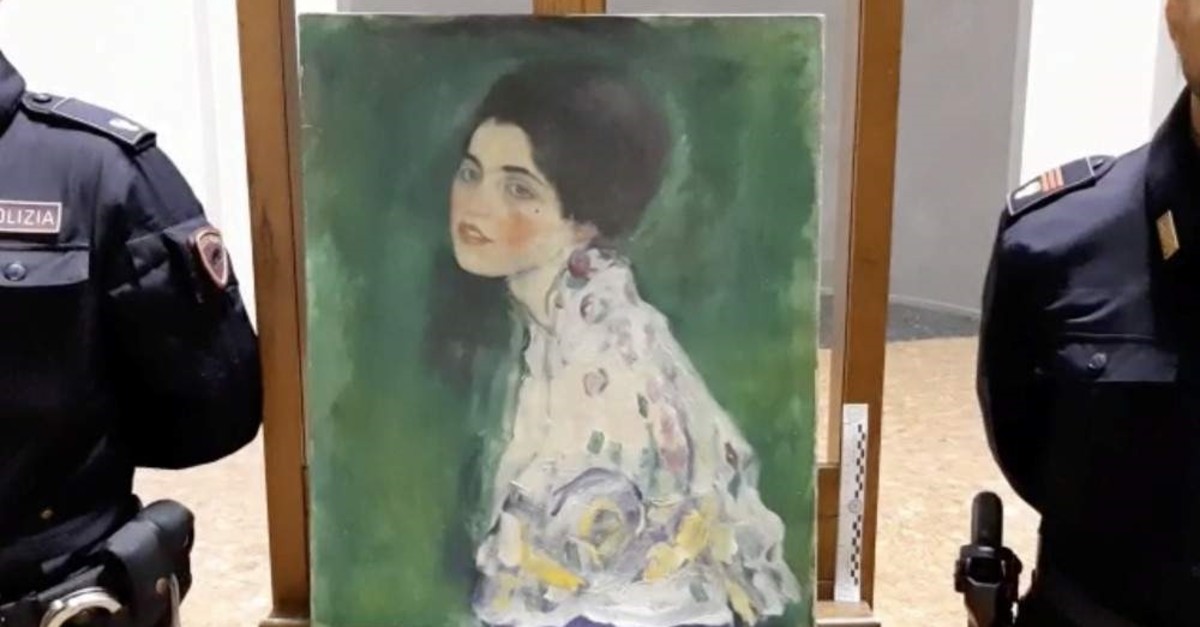 Italian police stand next to what they say is a masterpiece by Austrian artist Gustav Klimt ,Portrait of a Lady, that was stolen in 1997. (Reuters Photo)
by Associated Press Dec 11, 2019 4:20 pm
A Gustav Klimt painting, stolen almost 23 years ago, might have been hidden all this time inside an Italian gallery's walls.
A gardener at the Ricci Oddi modern art gallery in the northern city of Piacenza told Italian state TV on Tuesday he was clearing ivy from the gallery's walls when he noticed a metal panel. He opened it and found a bag inside a space within the wall.
When the bag was opened it contained a painting that might be Klimt's “Portrait of a Lady,” which disappeared from the gallery during renovations in February 1997.
Piacenza police chief Pietro Ostuni said the painting is being kept in a safe place that he wouldn't reveal while experts check to see if it's the real one or a copy.
The gallery said it isn't saying anything publicly until the painting's authenticity can be checked. But local online daily Piacenza Sera quoted gallery officials as saying on the back of the canvas were stamps that were placed there when the painting was on loan, indicating it might indeed be the missing portrait.
The painting is a later work by the Austrian master of the “art nouveau." Its disappearance has been one of the art world's biggest mysteries.
Last Update: Dec 20, 2019 2:19 am
RELATED TOPICS