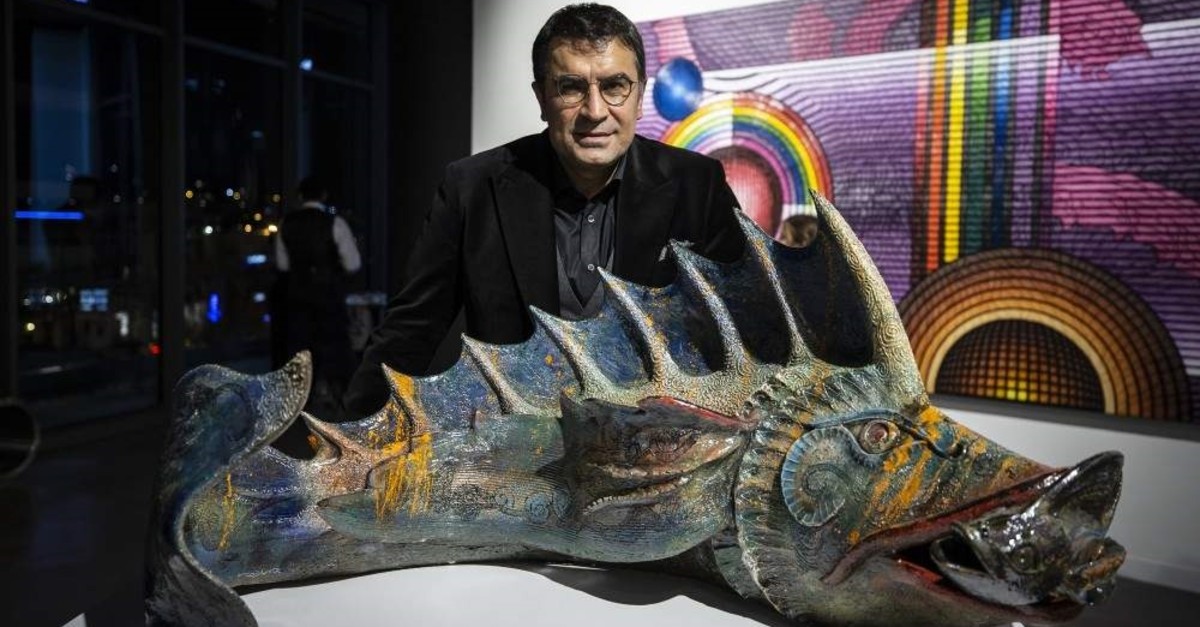 Set out to showcase contemporary art on different platforms, CerModern is preparing to serve art lovers in the capital Ankara at its new art gallery. The new art gallery named MAMM, built in a single area of 500 square meters inside a shopping mall in the Oran neighborhood, will open with an exhibition of “Seçilmiş İşler” ("Selected Works") created by famous painter Ahmet Güneştekin for CerModern.

The exhibition will feature 30 paintings and ceramic works by Güneştekin on Anatolian stories, contemporary urban issues and critical approaches under the theme of humans. Zihni Tümer, director of the CerModern culture and art programs, told Anadolu Agency (AA) that they opened MAMM Art Gallery as an interface of CerModern.

Pointing out that CerModern aims to be a showcase both for Ankara and from Ankara, Tümer stated that they aim to make the capital city more visible with the MAMM sub-brand by showcasing contemporary art. Underlining that there are many examples of turning shopping malls into an art-house and making room for artists in the world, Tümer said that this helps move the visibility of art to larger areas through various stakeholders. “MAMM is a first among shopping malls in Turkey with such perception,” he said.

Explaining that the first two letters of MAMM are an acronym for the words “modern” and “art,” Tümer noted: “We have put the other 2 M’s as a surprise. We will release it as a motto in English in itself. In fact, this is our international approach.” Tümer said that they plan to move the sample of MAMM to other provinces like Istanbul, İzmir and Mersin in particular, in the coming period.

Expressing happiness that the first exhibition of MAMM will feature world-famous painter Ahmet Güneştekin, Tümer touched on the exhibition created by Güneştekin exclusively for MAMM.

The giant bronze sculptures in the exhibition "The Reconstruction of the Being”, which were originally presented to Ankara’s art lovers in the garden of CerModern's main building, have been moved to Kuzu Effect. Sharp artworks by Mexican sculptor Jorge Marin portray birds with hunting abilities and endless sight in the form of "Garuda," known as an angel or as a cross-breed of bird and human in mythology. The giant sculptures, greeting visitors at the entrance of the shopping mall, takes art lovers on a mysterious and waggish journey.