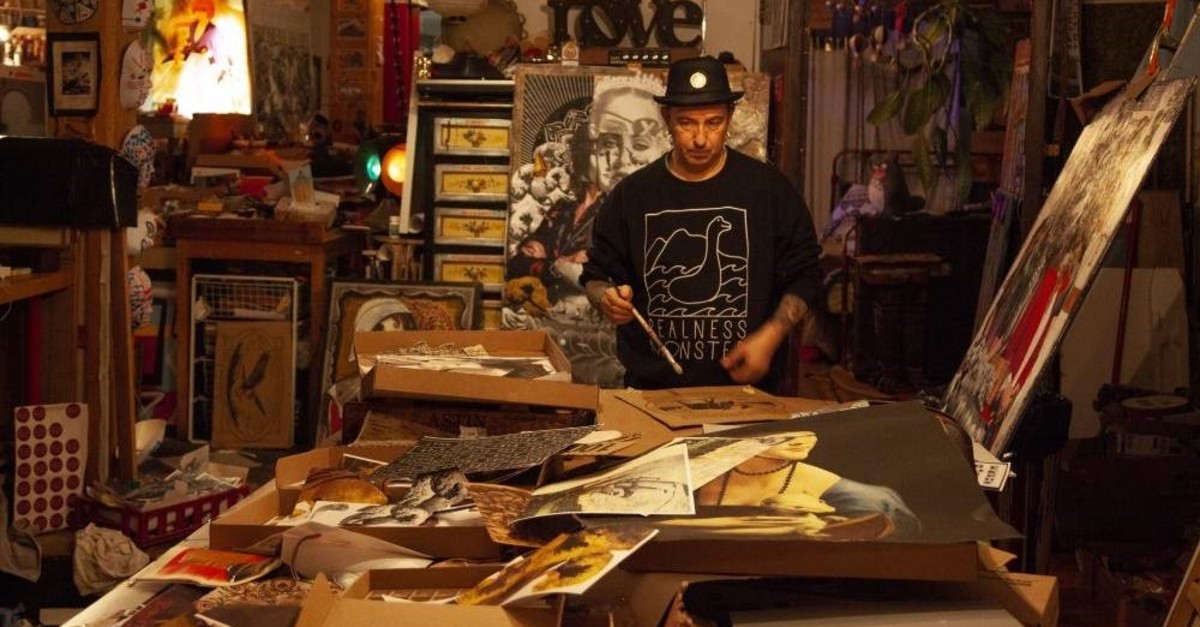 The Post-Truth Room, prepared by artist Mercan Dede with his own works and live performances, will be free for participants.
by Daily Sabah Dec 18, 2019 2:56 pm

The countdown has begun for the second Istanbul Art Show, an art platform and market offering a space to explore the hot topic of the post-truth world, focusing on Iran

The Istanbul Art Show is a large platform that unites a number of prominent local and international galleries around a specific theme and focal country every December. The event includes a number of talks, conferences, exhibitions, performances and cocktails.

This year, the Istanbul Art Show is taking place at the Hilton Convention and Exhibition Center from Dec. 20-22 and will explore the hot topic of post-truth, highlighting how this concept will transform art in the year ahead. Headed as "Reality Suspended: Art in the Era of Post-truth," the show has this year selected Iran as the country in focus.

The art show will take place with the participation of artists from Turkey and the world and will host a number of galleries. The event will touch every area of contemporary art with live performances, workshops, seminars and panels.

Post-truth, a concept which has shaken the core of the postmodern world of late, points to how emotions and personal beliefs are becoming more effective than objective phenomena in shaping public opinion. The Istanbul Art Show will discuss the role of art and the artist in a world where truth has been suspended, looking at how the phenomena will shape art to come.

Musician Mercan Dede is preparing a thematic "Post-Truth Room" in partnership with art director Yalın Alpay. The room will feature paintings, sculptures, video arts and installations by the artist, who pursued undergraduate and graduate studies in painting in Canada and then worked as an academic in the same field. Music composed by Dede specifically for the show will also be part of the exhibit. Over the course of the fair, Dede will invite audiences to enjoy four separate live performances free of entry for all attendees.

Another work specially prepared for the Art Show comes in the form of Erbil's giant 4 x 2.5-meter painting, which consists of 40 pieces. Painter Erbil will be performing live for the very first time, showcasing his unique work, which refers to the postmodernism of fragmentation, division, disintegration and scattering.

The painting, adding up to 10 square meters, offers a single image of Istanbul, made up of 40 separate paintings within itself. Erbil will tear the giant artifact to pieces at the VIP opening tonight. Each piece is a picture within itself combined with others to form an impressive visual effect.