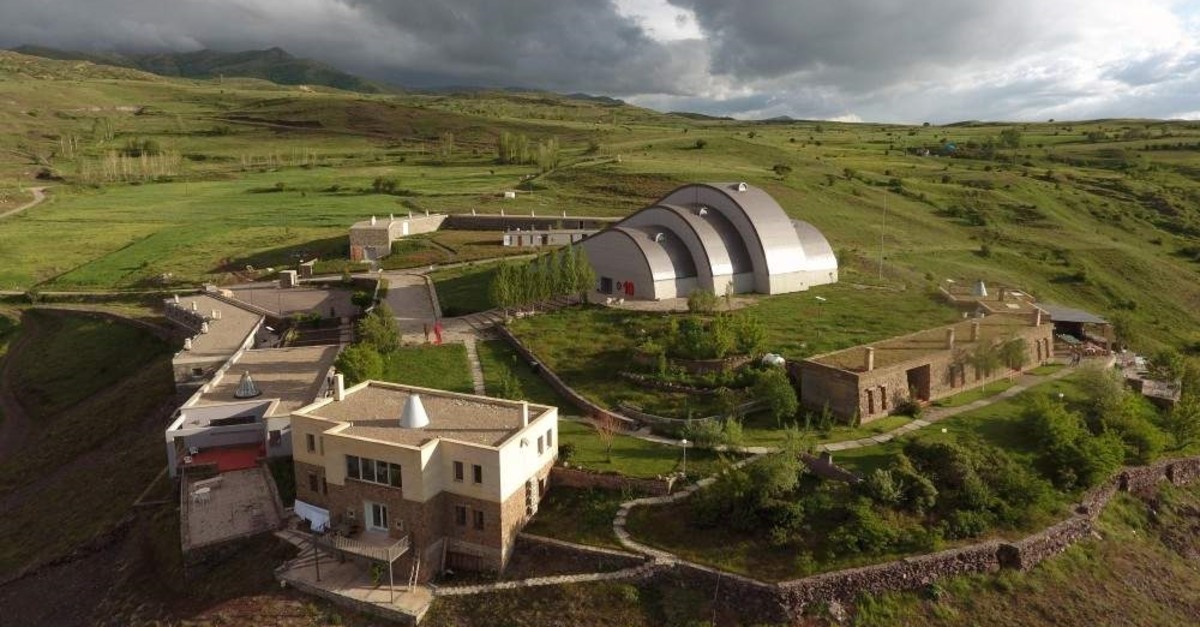 The Baksı Museum, which serves as a unique cultural interaction center in northeastern Bayburt province, located on a hill 45 kilometers from the city, continues to attract attention at home as well as abroad.

The museum prepared a short movie with Kadir Saraç to reflect the main theme of the exhibition "Thorn in My Foot," where Baksı Museum's founder professor Hüsamettin Koçan reflects on the spirit, culture and lifestyle of Bayburt. The museum, one of the most extraordinary museums in the world which combines traditional and modern arts, has won an award with this production from the "Museums in Short," an international contest for short videos related to museums, in which a total of 55 videos from 26 countries participated. Directed by Saraç, the film was praised by the jury and brought Turkey yet another international award.

Another film "Baksı: From Utopia to Reality," directed by Bahriye Kabadayı Dal, featuring the struggle of Hüsamettin Koçan while fulfilling his dream and a collective effort about the way art exists outside the center, was also won ar the 11th Boston Turkish Documentary and Short Film Competition.

Koçan expressed his happiness for bringing the "Museums in Short" award to Turkey, saying, "Baksı Museum, which has always been a source of pride for me, has been awarded many prestigious awards like the 2018 Ministry of Culture and Tourism Special Prize, the 2014 Council of Europe Museum Prize, the Grand National Assembly of Turkey Honor Award and the 2010 Contemporary Istanbul since its inception in 2018. Recently, we added another one to our achievements and won the 'Museums in Short' award to improve museum communication and attract audiences. I am very happy to have brought such an important prize in the world of modern museology to our country and to Bayburt through the Baksı Museum. I would also like to thank young director Kadir Saraç and his team for this award, which we have achieved as a result of their meticulous work. Baksı Museum continues to break the routine not only with its special mission but also with its activities. I believe that it will continue to make our country and our land proud by achieving more successes."