'After Nature': a show discovering the post natural world 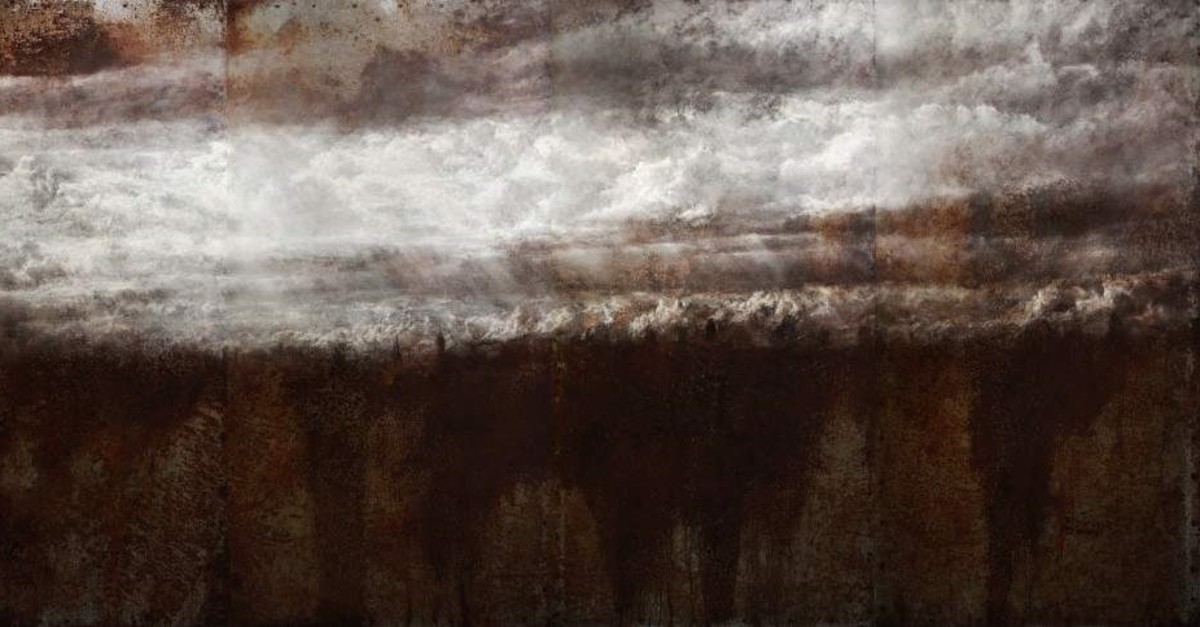 As the premiere show of the Vision Art Platform in Istanbul, 'After Nature' focuses on natural transformations and seeks answers to what happens after the destruction of the ecosystem

Speaking to Daily Sabah, the platform's founder Hayrunnisa Taşyar elaborated on the gallery and its recent show. Taşyar said she decided to deal with arts as a job when she realized art's relationship with reality and life. She thinks that art isn't something discovered in later periods, instead, it is what life brings with itself to us.

Taşyar's platform aims to bring together audiences of all generations and different roots under the roof of art through workshops, artist talks, performances and experience-based activities open to interaction along with exhibits. "Combining the dynamism of modern urban life with street art, pop art, interdisciplinary experiences and the creative face of contemporary art and also establishing an understandable and accessible bridge to art is the essence of the difference that the Vision Art Platform creates," she said.

"After Nature" is the premiere of Vision Art Platform's art and event program, which aims to connect and interact with the viewers who are into art as well as with those who have no close contact with art in their daily lives. In the exhibition, Gökhan Balkan rejects the principle of a human-centered universe in the development potential of techno-evolution, which he calls "the third nature" and opens the door to new kinds of existences. While Berkay Buğdan treats the aftermath of nature as a process of decay, of submission to chaos, that is - entropy. The artworks that emerge as a result of these approaches produce an uncanny duet about the state of unity of contrast and uncertainty. 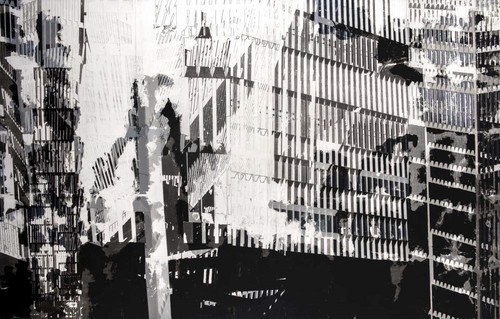 With the works of Balkan and Buğdan, Taşyar noted that they observed both similarities and differences in the two artists' productions, which were highly impressive, and decided to open a show with them. Curated by Rafet Arslan, the exhibit will run until Jan. 20, 2020.

No victory after nature

The story of human civilization's intervention and transformation of nature is a reflection of its process of becoming the subjects of the planet. As human beings produced tools and attempted to build cities, their struggle and relationship with nature produced uncertainty and chaos that transcended their imagination through technological and industrial revolutions.

As humanity moved from Immanuel Kant's evaluation of "the second nature" created by human power to the discussions of the "Anthropocene" age, the ecological and sociological dimensions of human's effect on nature, which touched on daily life, has also been brought into question. The human species' destruction of the planetary ecosystem, the declining natural resources, growing social unrest and the wars that they triggered started to be discussed.

Today, we have reached the final stages of human civilization's struggle against nature while fulfilling its own goals and ambitions. We should also realize that there is no victorious future for man on the horizon in the world after nature.

Artist Gökhan Balkan takes the concept of second nature produced by man one step further and creates his own image through a wide delta of thoughts covering post-human futures such as artificial intelligence (AI), nanotechnology and robot evolution while painting the loss of nature and reality through the nature fiction of the architectural and the artificial. In the exhibition "After Nature," the artist reveals a competent image in which he seeks the plastic language and forms of the future.

Berkay Buğdan, on the other hand, presents pure and untouched natural landscapes, which occupy an important part of the art of painting, with his new productions on metal plates over the uncertain and destruction-prone image of the age in which he lives. While the artist builds romantic extensions on the apocalyptic image of industrial society suggesting the absence of nature in the landscapes he reveals, he continues his unique image on the landscape through the figure in his sculptural works.

Similar concerns have been observed in the works of both artists with their innovative pursuits in material selection and experimentality in their aesthetic applications. However, both artists' perspectives on the post-natural world have developed with very different dynamics. Speaking to Daily Sabah, curator of the exhibition, Aslan said: "To put the two artists who produce different concerns into a duet, to look after what is visible; creating harmony with appearances that looks like oppositely was the main challenge of this exhibition."

"The exhibition is a new suggestion about our fictions on what is known and seen and a puzzle about our perception of general perceptions. In this sense, putting the works by the two artists in different times and series together in a new context is, above all, creating a space for new questions," he said.