On methods and madness: A curation by Marcus Graf 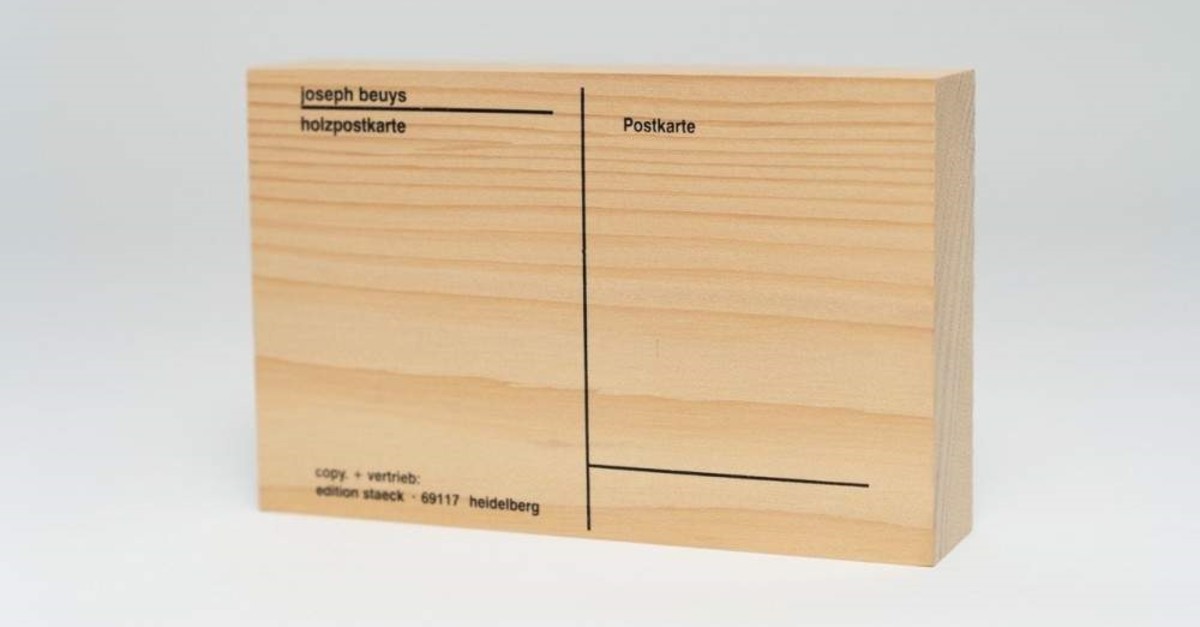 In his last speech, given not even two weeks before his passing in January 1986, the artist Joseph Beuys said that everything is a sculpture. Beuys, regarded by many as one of the most important creatives of postwar Europe, also asserted that everyone has artistic potential, and in his politics, conceived programs of social progress in which the act of original invention had universal agency.

While the 2013 biography of Beuys by Swiss writer Hans-Peter Riegel stirred controversy – namely that the German artist had unapologetic Nazi ties and supported a problematic race theory by Rudolf Steiner – the murky waters of denazification have not entirely overwhelmed the myth of his legend. He was a storyteller, and his art a function of the literal definition of fabrication.

Beuys swore by an experience he had while flying for the Luftwaffe. As he would spin the tale, in 1943, a Russian antiaircraft shot down his plane. He came to in the wilds of Crimea, where a band of Tatar nomads wrapped him in felt and fat to protect him from the cold. That felt became a staple medium for his artwork and is part of the narrative facade that Beuys wove to craft his public persona as a figment of perception, as a critique of objective experience.

Two of his conceptual pieces, bookending the last decade of his life's work, from 1974 to 1985, are part of the show "Regular Insanity," curated by Marcus Graf at Akbank Sanat. Beuys is a noteworthy name in a city and region where the direct experience of art made by a class of characters often termed old masters connotes travel abroad, to European capitals, America and the West. 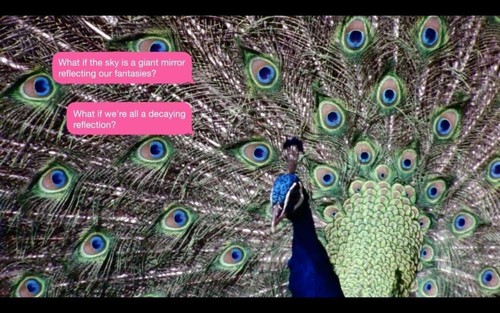 "Felt Postcard" (1985) represents one of the last of over 100 postcards that Beuys crafted with an eye for holding an object up to the light of pragmatism and abstraction simultaneously. Impossible to send as a postcard, made with unsuitable materials, the piece relays the distance that conceptualist thought has strayed from everyday communication, and from the workings of the social order.

The postcards that Beuys had designed since the 1960s until his untimely death at age 64 came out of his Heidelberg-based publisher Klaus Staeck. They are aptly curated by Graf at Akbank Sanat, modestly on its second-floor, surrounded by various multimedia works by Turkish artists young and old, among representatives of other nations both east and west of Istanbul. "Today, after all, absolute knowledge has vanished, truth is only valid in temporary cultural groups and social agreements," Graf wrote.

One curious modernistic sculptural work by the German artist Anna Fasshauer exemplifies her signature experiments in metallic pliability. Tubular forms shoot oblique and upward off the ground in a tangled assemblage of twists and turns. When it comes to art's objective commodification, Fasshauer stands firm in a century's momentum against the tides that would confine and pigeonhole the humanism of creative work.

The independent curator and art writer Marc Leblanc used the words, "inexhaustible" and "baffling" for the art of Fasshauer, whose work appears at "Regular Insanity" in the form of her piece, "Straw Le Willi" (2018). In that sense, the artist distills an object into a metaphor for the entire universe, and also the phenomenon of individuality in relation to the whole, by creating a single piece of material that is void of use, excepting its purely subjective value.

Graf backdropped Fasshauer's piece with a wall drawing by Frankfurt-based artist duo Özlem Günyol and Mustafa Kunt. "Ceaseless Doodle" (2009) erupts into focus like the cosmic microwave radio background picturing a likeness of the universe as a dust particle emerging into being for the temporary, inexplicable spell of all existence. In conceptualist style, Günyol and Kunt assert a neominimalist approach to ideological representation. 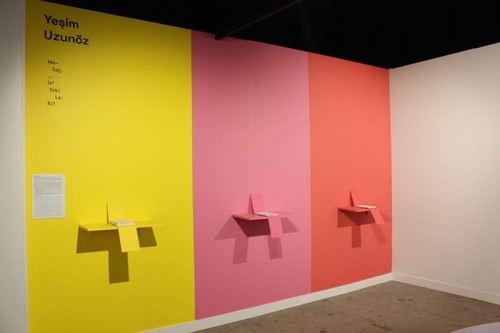 In the adjacent hall, Kerem Ozan Bayraktar plays with popular scientism, particularly its obsession with extraterrestrial habitation. "Some of the Potentially Uninhabitable Planets" (2018) reverses the mainstream narrative, picturing three exoplanets in a harsh, technically confounding light to emphasize their hostility to human colonization.

"Ceaseless Doodle," as the exhibition notes read, "includes all of the national borderlines in the world." The duo consolidated geopolitical definition into an abstract web of curvilinear expression, accentuating and elaborating on the arbitrary aesthetics of politicized cartography as an irrational element of modernism.

The contiguity of space

In step with his clever curation, Graf projected the film, "The Way Things Go" (1987) by artist duo Peter Fischli and David Weiss between the two floors in which "Regular Insanity" sprawls throughout the private art institution on Istiklal Avenue. Mesmerizing in its watchability, the 30-minute adaptation of plastic ideas spans Duchamp's readymades and Dadaist disorder, following a sequence of household utilities and industrial equipment along a kinetic joyride of vehicular objects passing through liquid and fire.

Comparable in its departure from reason is another film, the recently commissioned "New Acid" (2019), by Basim Magdy, who trained his Super 16mm lens on the anthropomorphic qualities of animals, shown in various states in the wild, yet with text captions that satirize the escapism from reality that social media and talk apps provide between otherwise obscure digital actors. "Perhaps karma has a short-term memory," asks a meerkat, to which another replies, "Karma is an elephant. It only remembers enemies."

The unreasonable volatility of the text to depersonalize and denigrate is the subject of a thoughtful piece by Yeşim Uzunöz, titled, "Message Requests" (2018), or, "Being a Woman in Social Media," documenting three stages of online temperament, itemized by a color-coded installation of books. Between reckless apology, intimate emotionality and toxic profanity, Uzonöz critiques the normalization of computerized human relations like a data journalist. Dated to the hour, one late night entry in her red book begins, in Turkish: "Ah my beauty, my flower, my honey."

The veteran Turkish artist, Komet, gains a fresh lease on life at Regular Sanity, where Graf renewed the personality of his incomparable, iconoclastic legacy by showing his video, "The Artist at Work" (2009). It is a sped-up caricature of a neurotic painter lavishing a brush dipped white onto a white canvas. Nothing appears, but the artist, a wiry-haired silver fox in workman's overalls, passionately, however sardonically, illustrates the purely subjective solipsism of the creative process as an art in itself.