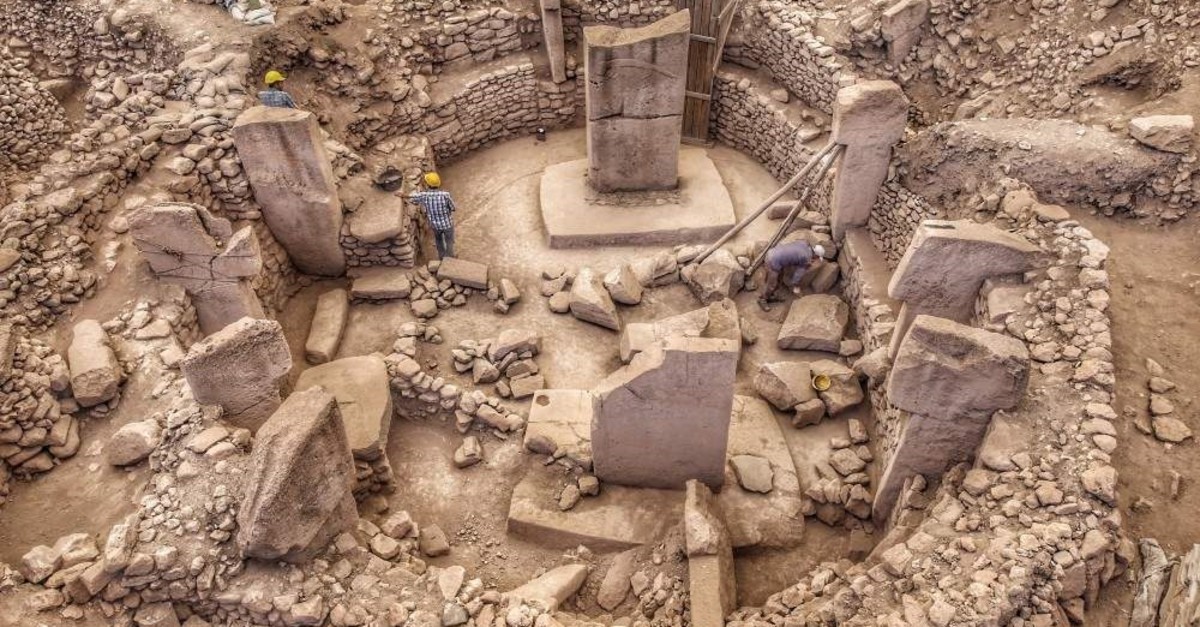 Göbeklitepe, an archaeological site in modern-day Şanlıurfa that is home to the world's oldest temple, had a golden year with tourists, various events and cinema productions

Göbeklitepe ancient site, located in Turkey's southeastern Şanlıurfa province, has risen in fame in 2018 after it was added to the United Nations Educational, Scientific and Cultural Organization (UNESCO) World Heritage List. Following this, President Recep Tayyip Erdoğan announced 2019 as the year of Göbeklitepe in tourism in December 2018.

The ancient site was found by researchers from Istanbul and Chicago universities in 1963. Excavations at the site were launched in 1995 by German professor Klaus Schmidt. Accepted as "the oldest temple in the world" by many international institutions and primarily by the Ministry of Culture and Tourism, the ancient site broke the mold about the history of humanity. Before Göbeklitepe was discovered, we were taught that people lived in a primitive way by hunting 12,000 years ago. However, people built a temple circa 10,000 B.C.

To build such a complex temple, people had to learn how to build a shelter, then start agriculture and move to settled life. Faith was thought to have no place in primitive hunter societies that did not adopt a settled life. It is understood that the people living in Göbeklitepe had advanced engineering intelligence before having a total settled life and had an aesthetic understanding to process the sculptures. But most importantly, even when they were hunters, they had a belief, and this belief had made them build magnificent temples.

According to UNESCO, the communities that built the monumental megalithic structures of Göbeklitepe lived during one of the most momentous transitions in human history, one which took us from hunter-gatherer lifeways to the first farming communities.

Hundreds of people who visit Göbeklitepe every day to see the temple, which are 30 kilometers away from the city center, witness how much faith is important to people. "Göbekli Tepe is one of the first manifestations of human-made monumental architecture. The site testifies to innovative building techniques, including the integration of frequently decorated T-shaped limestone pillars, which also fulfilled architectural functions," UNESCO's website says. 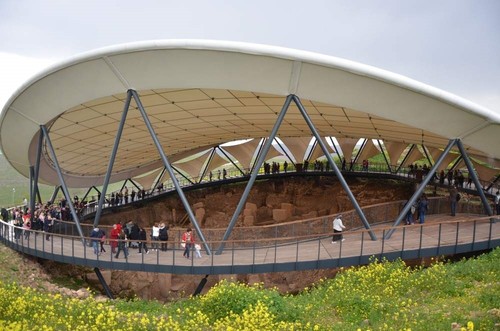 The declaration of 2019 as Göbeklitepe Year seriously contributed to the Şanlıurfa's tourism sector. For example, the ancient site was visited by nearly 26,000 people during the nine-day Muslim Eid al-Fitr holiday in June, according to an official at the ancient site. Furthermore, Göbeklitepe was a popular attraction for local and foreign tourists this year, welcoming more than 2 million tourists in the first seven months of 2019.

As 2019 was the year of Göbeklitepe, various events were organized. The Ara Güler Museum and Leica Gallery Istanbul have come together for an important exhibition in Istanbul. Within the scope of their project, "Hollow and Mounds: A Take On Göbeklitepe," exhibition by artist Sinem Dişli, opened its doors to talk about our common history through the use of different mediums as a universal language. At the artist's exhibition, the Ara Güler Museum simultaneously presented the Göbeklitepe photographs of the master photographer Güler to the audience for the first time. A book of the same name was also presented to readers at "Hollows and Mounds: A Take at Göbeklitepe." In the book, prepared by Ara Güler, texts by Christopher Lightfoot, Wendy M.K.Shaw, Ahmet A.Ersoy and İpek Ulusoy Akgül were included. This exhibit can still be seen until Jan. 15, 2020.

The prehistoric site Göbeklitepe also met its admirers with an impressive digital exhibition at the CerModern arts center in the capital Ankara in August 2019. The exhibition "Göbeklitepe: The Gathering," touched on the mysterious journey of humankind based on the most striking archaeological findings of the century.

The Yunus Emre Institute, Turkey's dominant cultural diplomacy institution, also held Turkey Week events with the theme of "Göbeklitepe: Human and Life" this year. The Turkey Week events started in Romania's capital of Bucharest and continued in Zagreb, Croatia among other cities.

Even an aviation festival was held in Şanlıurfa in the name of Göbeklitepe. The Göbeklitepe Aviation Festival, one of the events planned within the scope of the 2019 Year of Göbeklitepe, took place on Sept. 27-28, 2019. 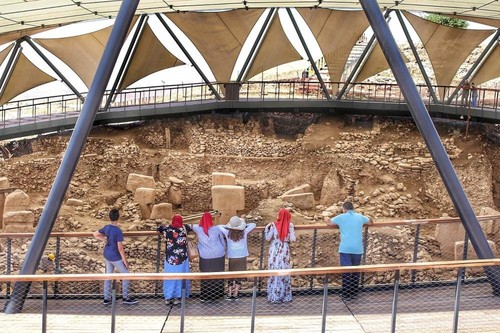 Göbeklitepe naturally has become an inspirational source for the cinema world. It became the center of a new Turkish Netflix series "The Gift." The series' star actress Beren Saat told Anadolu Agency (AA) that Göbeklitepe plays the leading role in the narrative of the production. Describing Göbeklitepe as a very important discovery for humanity, the 35-year-old actress said: "We are helping to revive this story. The setting of this story is actually Anatolia," referring to the Turkish heartland.

Also, a recent Turkish animation for children hit the big screen at Turkish theaters this week. A sequel to "Rafadan Tayfa: Dehliz Macerası" ("Rafadan Tayfa: Dehliz Adventure"), the film is titled as "Rafadan Tayfa 2: Göbeklitepe." In this second feature, the characters go back to 12,000 years ago and meet the people who live in Göbeklitepe. The director İsmail Fidan told the press that they wanted to introduce the archaeological site to people of all ages. "However, we especially wanted children to know it. This is why we shot such an animation. Children are the zero point of humanity like Göbeklitepe is called the zero point of history."