2020: Gem of Lycian civilization, Patara to shine in new year 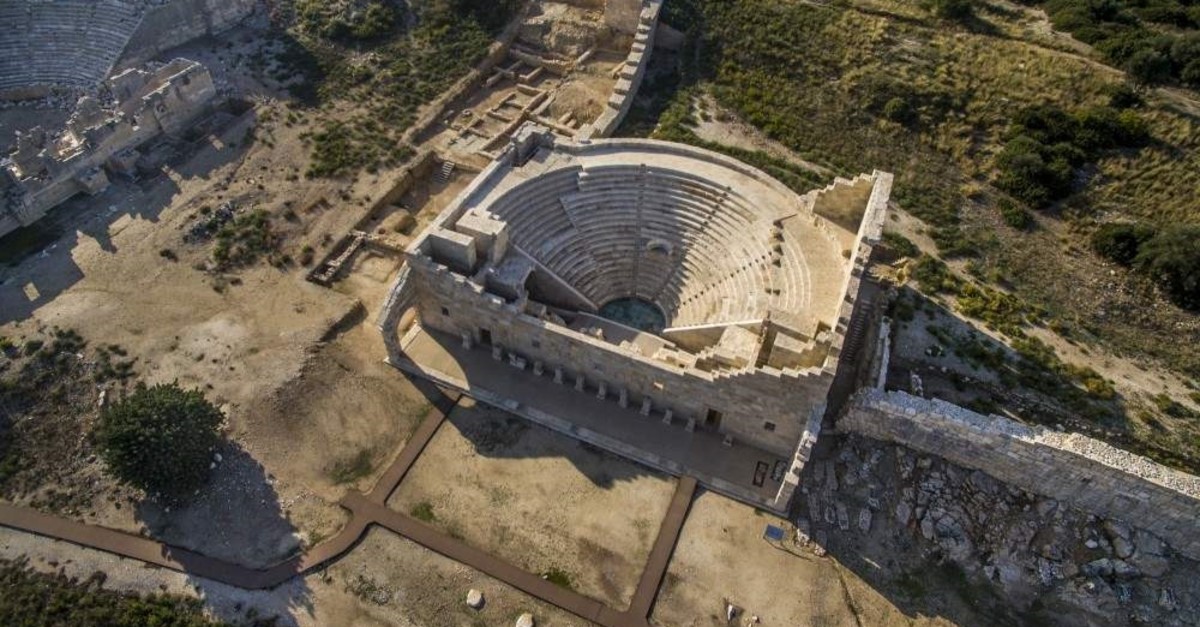 The ancient city has great historical riches like the amphitheater.
by Daily Sabah with DHA Dec 31, 2019 11:44 am

As 2020 has been declared as the Year of Patara, the ancient Lycian port city in Mediterranean Antalya will be the new hotspot of Turkey

The Ministry of Culture and Tourism had declared 2018 "The Year of Troy" to call the world's attention to these values through the ancient city of Troy in Çanakkale province which dates back to B.C. The ministry declared 2019 "The Year of Göbeklitepe" to draw attention to Göbeklitepe, which is located near the village of Örencik in Şanlıurfa province, where the oldest known collection of cult structures in the world has been unearthed. The Ministry of Culture and Tourism has chosen the Patara ancient city in the Kaş district of Mediterranean Antalya province for its 2020 theme.

Archaeological excavations proved that the Patara ancient city goes back to the 8th century B.C. The city is 42 kilometers away from the Kaş district of Antalya and is one of the oldest settlements of the Lycian Union as a capital city. The city surrendered to Alexander the Great in 333 B.C. During the Hellenistic Period, the Lycian Council building was built. It is regarded as a symbol of democracy in Lycia and a sign of its ancient glory. The Roman general Brutus captured Patara in 42 B.C. The Lycian settlement was then annexed by Emperor Claudius and turned into a magnificent Roman site with mesmerizing beaches along the Mediterranean Sea. The city later came under Byzantine and Ottoman control. 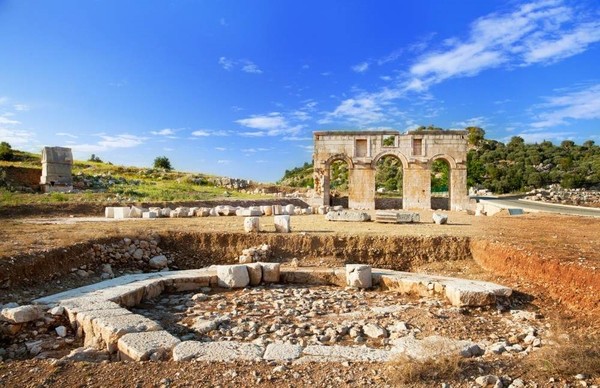 Excavations and restoration work are being conducted in the ancient city, which is thought to cover an area of 10 square kilometers, under the lead of Prof. Havva İşkan Işık from Akdeniz University for years. Patara, where dozens of unique historical monuments have been unearthed so far, is the only place to open up to the sea in the Xanthos valley, which is on UNESCO's World Heritage Permanent List.

Patara is the birthplace of Saint Nicholas of Myra (aka Santa Claus) and the place of his childhood. It was the capital of the Lycian civilization for a long time. It has the oldest parliament building in the world where the representatives of Lycian Union cities had met. The Patara Parliamentary Building, known as the oldest democratic parliamentary building in the world, has been restored and opened to visit by the Grand National Assembly of Turkey. The ancient city has great historical riches such as the amphitheater, historic lighthouse, streets, baths, Roman triumphal arch, Tepecik cemetery, basilica and various temples.

During excavations headed by professor Işık in the ancient city, a Viking sword was unearthed in the Harbor Bath area in 2018, estimated to date back to the 9th or 10th century. Feyzullah Şahin, a classical archeology professor at Akdeniz University, said the sword is believed to belong to a soldier who fought in naval warfare during the first half of the 9th and 10th centuries and provides a hint into the life of the Vikings who served as mercenaries in the Byzantine army. "Until today, one Viking sword that was discovered during the excavation works carried around Yumuktepe district of Muğla province was the only material culture remnant that indicated the existence of Vikings in Anatolia," he said.

The Neron Lighthouse, built by the Roman Emperor Neron in 64-65 A.D. in Patara, is the oldest surviving lighthouse in the world. Also, a 2,000-year-old dolphin description was unearthed in the form of relief on stones belonging to the 26-meter lighthouse which is going through the restoration process.

One of the most important developments this year has been that the ancient ship replica "Abora-IV," which is 14 meters long and made entirely of reed, has been brought to the ancient port of Patara to be exhibited. The ship, designed by German archaeologist Dominique Görlitz, was launched from Bulgaria's Port of Varna on Aug. 1. It sailed from the Black Sea to the Mediterranean under the slogan "sailing for peace and international understanding." About three months ago, it reached Kaş Harbor and moved to the Patara ancient city, which is 43 kilometers away by road.

In addition to all these, the 12-kilometer-long Patara Beach, located near the ancient city of Patara, is one of the most beautiful beaches in the world. Patara Beach, where dozens of films have been shot due to its fine sand which is reminiscent of a desert, is one of the most important nesting areas in the Mediterranean coasts for loggerhead sea turtles (Caretta carettas) which are endangered in the world. On the ancient beach of Patara, Caretta carettas made 286 nests this year. In 2019, when the highest number of nests of all time was reached, 17,323 hatchling Caretta carettas from 21,821 eggs reached the sea.