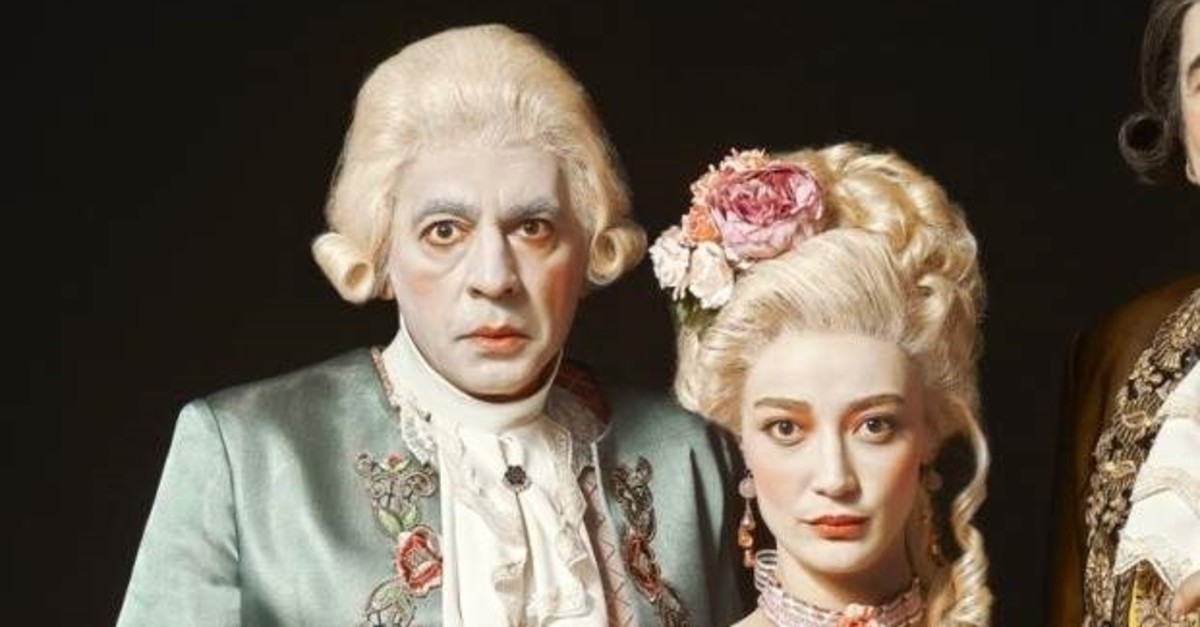 Rehearsals continue at full speed for the play "Amadeus," which will premier at UNIQ Istanbul in the Maslak district on the evening of Jan. 11 in cooperation with Çolpan İlhan & Sadri Alışık theater and Piu Entertainment.

The play, which was written by Peter Shaffer and directed by the prestigious Işıl Kasapoğlu, stars Selçuk Yöntem as Antonio Salieri, Okan Bayülgen as Wolfgang Amadeus Mozart and Özlem Öçalmaz as Costanze. The cast members appeared before the cameras for the poster filming, which took about 10 hours including preparations. Costumes for filming were prepared by Nalan Alaylı and makeup was done by Neriman Eröz.

"Amadeus," considered one of the most prominent productions of the season with its giant staff of 45 people, a choir of 12 and a live orchestra of 10, features the clash between the legendary composers Mozart and Antonio Salieri, who lived in Vienna in the 18th century. Mozart was a musician capable of playing multiple instruments who began performing in public at the age of 6. Salieri was an Italian composer whose operas were acclaimed throughout Europe in the late 18th century.