The poetry of objects: An exhibition trio at Riverrun 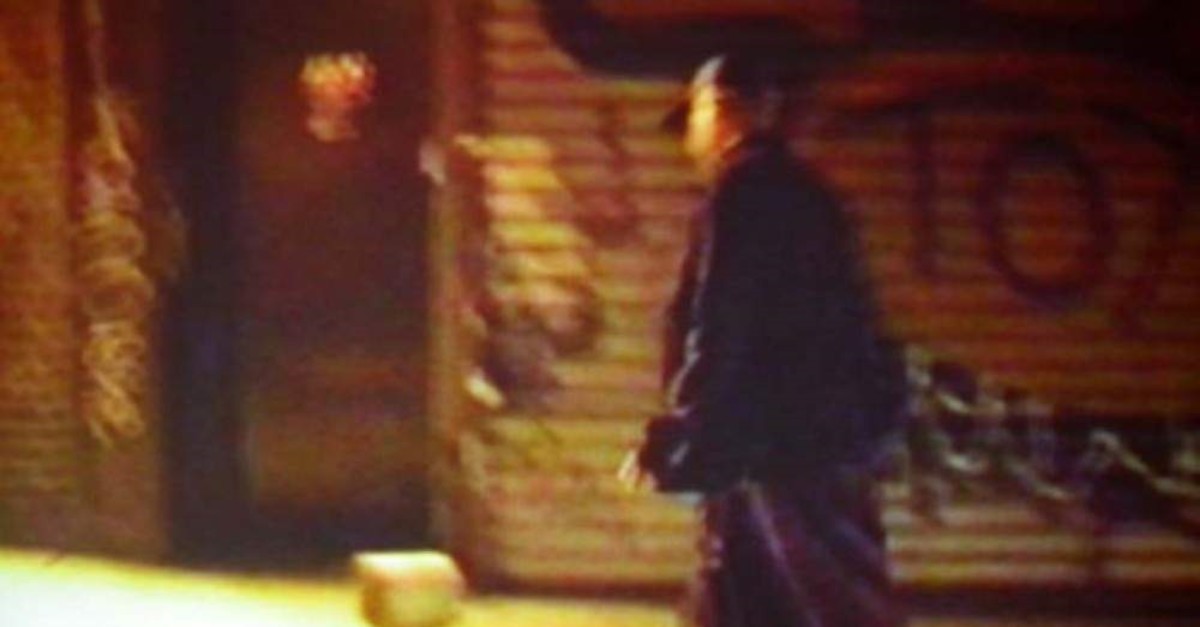 For its current run of contemporary art shows, the cafe, bookstore and multilevel gallery Riverrun in Beyoğlu is featuring a Sarkis installation inspired by Mayakovsky and the debut of David Hammons in Turkey

In the bunker, there are lights, and the people are reading poems. They are masked in darkness and think of freedom. Thirteen bulbs hang in the windless cellar. No drafts blow through the airtight confines, but newcomers with fresh eyes descend to the floor and gaze directly, unafraid, into the blinding chain of illuminations.

Words in Cyrillic script and arcane symbols are painted on the round frosted glass. Each stroke is a call to remember the communist dream that was once held by Vladimir Mayakovsky, one of history's most politically complex and disturbed of literary polymaths.

Mayakovsky, infamously hailed by Stalin as the poet laureate of Soviet Russia, has retained a posthumous legacy of artistic integrity among the new internationalist intelligentsia due to the irresistibly quixotic brilliance of his verse, of the vision he instilled for the world's soul despite the trappings of the particular social milieu that ultimately led to his personal downfall by suicide at age 36. The note he left after shooting himself through the heart read: "I'm through with life / and (we) should absolve / from mutual hurts, afflictions and spleen."

One poem by Mayakovsky, dated 1917, is translated into English and presented on stiff, glossy cardboard paper at the Riverrun, an offbeat cultural outpost in Istanbul's traditional downtown close to the piers of Karaköy. It's a refuge for the high-minded few whose taste for art is only sated when paired with a healthy dose of literature and where the classic and obscure meet over unprecedented multicultural crossings and collaborative curations. 1917 is, of course, the first year of the Russian Revolution.

"Too slow, the wagon of years, / The oxen of days-too glum, / Our god is the god of speed, / Our heart-our battle-drum," Mayakovsky wrote, under the swing of empowerment by the hands of the people he met on the street or at work, believing in liberation from autocracy. "Songs are our weapons," he sang, ending the invocation to resistance with a musical affirmation of humanity, "Our breasts be the brass of cymbals!" His was the presence of a single man among the masses out to reclaim the universal right to reason and earth.

When the young idealist turned 30, in 1923, his peerless versification of language became fertile ground for visual artists keen to adapt his verbal energy for the purposes of modern ideas that could sway the countless many with the flash of an image. El Lissitzky was, for Mayakovsky, a vessel by which his message entered not only the minds of millions of worker revolutionaries in Russia but to the liberal movements of Western Europe via Moscow. Originally an illustrator of children's books in Yiddish, Lissitzky came to lead the avant-garde.

The writer Cem İleri determined that Lissitsky's cover for Mayakovsky's object-book "For the Voice" (1923) was a "masterpiece of graphic design." In the style of concrete poetry and steeping his approach in every novel concept that swept early modern Europe, from futurists to constructivists, Bauhaus and De Stijl, Lissitzky was integral to Mayakovsky's rise as both a popular leader of revolutionary fervor and a cult figure of creative invention.

If Lissitzky married Mayakovsky's poetics of voice with visual design, Sarkis graduated his efforts into a poetry of objects. It is clear in the remount of his installation, "Mayakovsky-Lissitzky: The Source Illuminates" (1978) at the bunker in Riverrun, also the title of the exhibition.

An improvisation on the street

From the exilic silencing of Mona Hatoum to the critical projections of Ayşe Erkmen and textile spectrums of Bernard Frize, the three small gallery spaces at Riverrun have been home to a wealth of world-class curations since its opening in 2017, essentially making art history in Turkey's uneven landscape for contemporary culture. African-American artist David Hammons makes his welcome Turkish debut at Riverrun with "Phat Free" (1995/1999), a five-minute video riffing on urban poverty and free jazz.

The exhibition space Ariel, since transplanted from the uppish airs of liberal Nişantaşı to a dark, underground enclosure in the mixed environs of Tophane, is a fitting environment in which to convey the racial dualism that Hammons conveys with the clarity of night's distinction from the day. "I think that art now is putting people to sleep," Hammons said for an interview in 2011 with American art historian Kellie Jones.

In 2004, Hammons was the subject of an essay by African-American artist Glenn Ligon, whose work for the 16th Istanbul Biennial appeared on Büyükada Island in the fall. That Ligon published a study of Hammons, who, born in 1943, is 17 years his senior, exemplifies a tradition of African-American contemporary art. Istanbul has a historic role in the global struggle for civil rights, having been a peculiar part of cultivating physical and intellectual perspective from the pervasive, stifling racial oppressions of the U.S.

Ligon resurrected the iconic enigma of James Baldwin by translating the voiceover of the film "From Another Place" (1973) by Sedat Pakay. In like form aesthetically, although conceptually contrasting in its American immersion, "Phat Free" embraces a grainy and dim outlook, like the cloud of ignorance under which African consciousness emerged on the streets of America. Hammons kicks a metal bucket as cars and passersby drift past a cold cityscape. He is dressed in a loose-fitting, unbecoming getup resembling the tattered clothes of a homeless man.

A passage through nothing

The wall is blackened by a colorless light. An erratic, cacophonous sound issues from the ceiling. To Hammons, it is a metaphor for a dialect of English spoken by poor, inner-city African-American communities, the word, "phat" being one of them, referring to music that has a thick, funky texture. "I like being from nowhere; it's a beautiful place," Hammons is quoted in the context of Ligon's 2004 essay for Artforum, "Black Light: David Hammons and the Poetics of Emptiness," as saying.

Environmental nihilism is a bracing source of creative potential for artists like Hammons, and also Nermin Er, whose piece, "Study Lines" made with 48 strips of paper, accents gaps of broken architectural lines with a minimalist touch. It is a gentle introduction to the trio of shows at Riverrun, curated at the bookstore entrance floor on a table under glass, and accompanied by the stop-motion succession of its production.

Between the white gaps of Er and the radiant pretense of Sarkis, the rough magic of Hammons mines the collective subconscious of a community bound to the veils of ignorance that undermine their humanity. His performative, nocturnal videography charts a path on which misbegotten and disenfranchised Americans endure the protracted hemorrhaging of their nation's greatest moral reckoning.

Downcast yet playful with the scraps of industrial urbanism, Hammons set his sights on the figurative obstacle in his path and amplifies it into a pastiche of music and art that, while dissonant and obscure, expresses the bitter truth of lived experience.