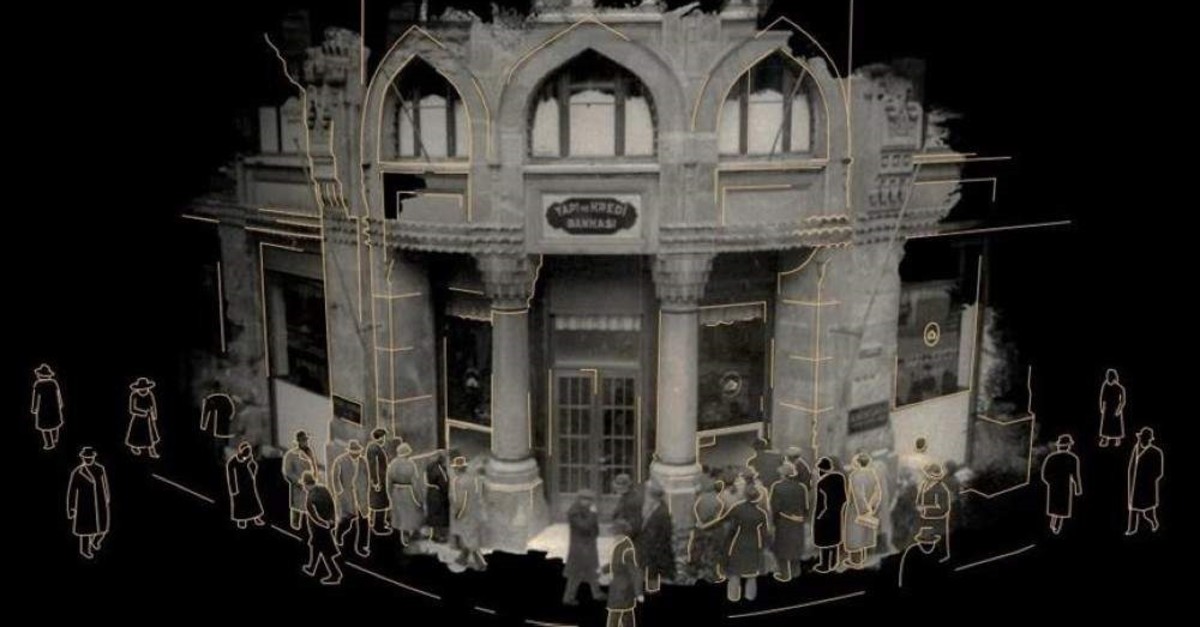 In the 75th year of its founding, Yapı Kredi is bringing the unknown details of its history to light in a Virtual Museum, with archives ranging from its banking history to its past collections.

According to Yapı Kredi's statement, the bank was established in 1944 as Turkey's first private equity bank with a single branch in Bahçekapı and a capital of TL 1 million. It is now showcasing the documents, information and photographs in its archive in this newly established Virtual Museum on the 75th anniversary of its founding.

The museum has an array of items on display, from photographs and personal belongings of Atatürk, the founder of the Republic, to old Istanbul photographs and a coin collection. The museum will showcase the many areas, both financial and non-financial, in which Yapı Kredi made breakthroughs, including Turkey's first counter machine, the first computer used in banking, the first credit card, the first radio and TV ad, the first bank art gallery and the first children's theater and children's movie.

The Virtual Museum, created by the digitization of the huge archive reflecting the deep-rooted history of Yapı Kredi, takes visitors on a brief journey through the unknown details of its history. On the history chart placed in the Virtual Museum, Yapı Kredi's banking products and services, cultural art, architectural design and technological developments that have led the sector over its 75 years can be explored in images.

The Yapı Kredi Virtual Museum also contains a section called "Years with Atatürk" from the Selahattin Giz Collection. This section includes photographs of Atatürk during and after the War of Independence between 1919 and 1938, as well as photographs of his visits all over Turkey during the founding years of the Republic.

In the section "Years with Atatürk," very special items such as a wooden walking stick, amber rosary, gramophone, medals and spectacles belonging to Atatürk's mother Zübeyde Hanım, can be seen in 360 degrees. Another special section titled "Yapı Kredi Collections," consisting of sections titled "The Old Istanbul" and "Coins," displays dozens of photographs of old Istanbul, all of which are included in Yapı Kredi Collections.

In the section "Coins," which dates back to the 1950s, 75 pieces selected from the bank's 55,000-piece collection can be examined in the Virtual Museum. The Yapı Kredi Coin Collection is one of the most important collections in the world in volumetric and scientific terms. The Virtual Museum can be accessed on the website yapikredisanalmuze.com.