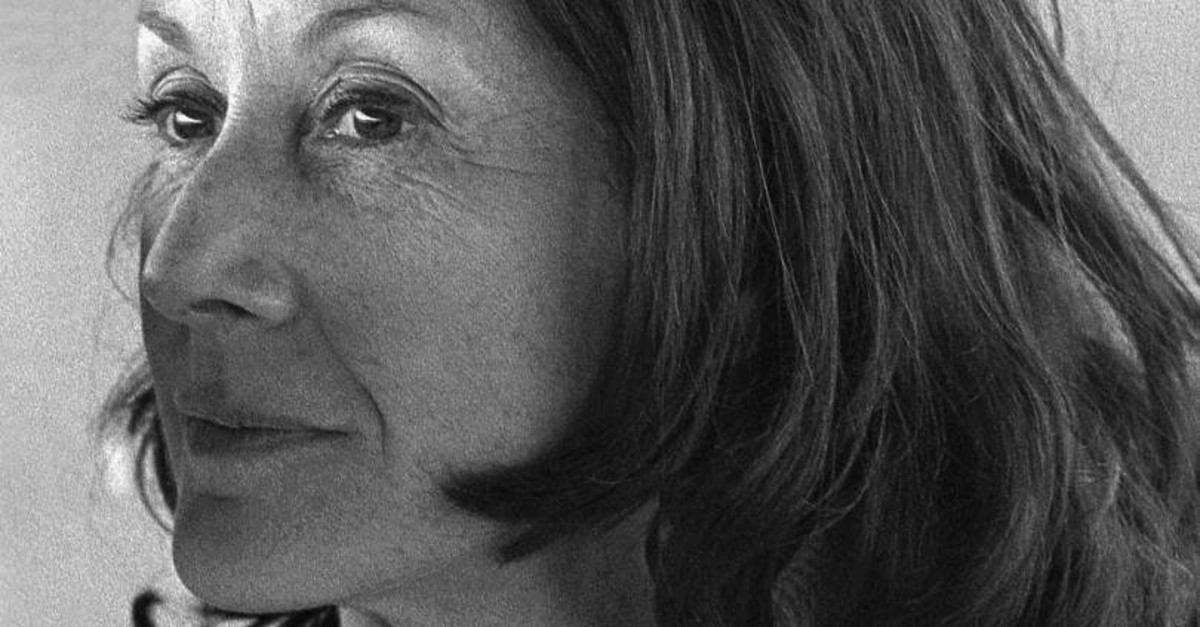 Istanbul Modern is presenting a selection of portraits from the Swedish archive of Lütfi Özkök, a Turkish photographer internationally renowned for his portraits of authors and artists

Istanbul Modern, at its temporary building in the Beyoğlu district, is hosting an exhibition of Lütfi Özkök, renowned for his portrait photographs of the leading figures in art and literature in Turkey and the world since the 1950s. The exhibition "Lütfi Özkök: Portraits," which invites the audience to reflect on the various meanings offered through portrait photography, also aims to spotlight an era.

Curated by Demet Yıldız, director of the Istanbul Modern Photography Gallery, the show presents the relationship between Özkök and the people he photographed through the texts, objects and documents accompanying the photographs, providing insight into an era based on the artist's personal story.

The photographs reflect the fact that Özkök was also a poet, that he followed the world of literature and art closely and that he started dialogues with people before he began to portray them. Özkök, who long continued his friendship with Nazım Hikmet, Samuel Beckett and René Char, whose photographs are included in the exhibition, took the portraits of these figures at various times during their lives in an attempt to keep a record of the changes reflected on their faces. 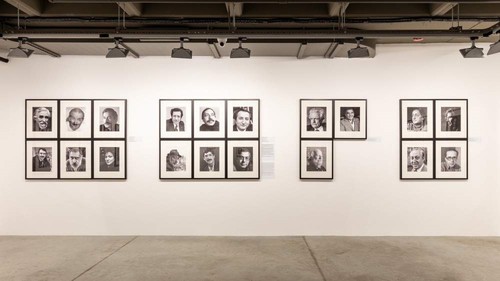 The portraits of 80 figures are included in the exhibition.

The first portrait by Özkök is of his poet friend Lasse Söderberg. Özkök took this photograph with his wife Anne-Marie's amateur camera at the request of Hüsamettin Bozok, his publisher in Turkey. He took his first income-generating portrait in 1957 when Söderberg invited him as a photographer while going to an interview for a newspaper, shooting the Cuban artist Wifredo Lam and thereby taking his first step into professional photography.

The famous portraits of Hikmet, whom he photographed for the first time in Stockholm in 1959, were taken during this period. Özkök's portrait archive was enriched by the writers' conferences he attended, including the International Authors' meeting in Copenhagen in 1960. Özkök reunited with Hikmet at the International Authors' meeting in Florence in 1962 and took his portrait.

The exhibition also features the 2010 documentary film "Poeten i Elefanthuset" ("The poet in the Elephant House"), in which Özkök's granddaughter Anna Juhlin describes the life of her grandfather. Juhlin won the first prize in the young directors' category at the Stockholm Tempo Documentary Film Festival with this documentary. 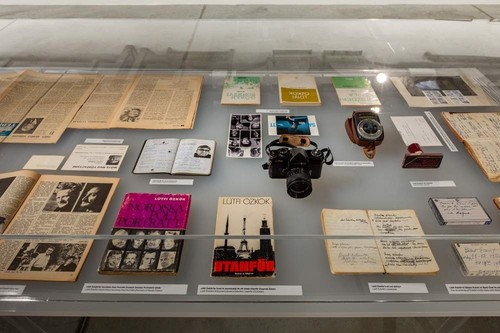 A life full of success

Özkök was born in the Feriköy neighborhood of Istanbul in 1923. He published the magazine "Sokak" ("Street") with his friends Sabahattin Kudret Aksal, Fahir Onger and İlhan Arakon in 1942. He studied German language and literature at the University of Vienna in 1943 and returned to Turkey in 1944 due to the war. Five years later while studying in Sorbonne, France, Özkök married his Swedish classmate Anne-Marie Juhlin, and the couple settled in Sweden. He prepared an anthology of Turkish poets called "Brödet och Kärleken" ("The Bread and Love") with Söderberg in 1953. The anthology included poems by Orhan Veli, Melih Cevdet Anday, Fazıl Hüsnü Dağlarca and Oktay Rifat.

Özkök won the Royal Swedish Academy's Art Prize in 1977. He organized an exhibition of 207 portraits of authors from 37 countries in Mexico City in 1986. One year later, he opened an exhibition of 100 authors, including 20 Turkish authors, at Beyoğlu Yapı ve Kredi Bank Art Gallery. Özkök received the Swedish Academy Award in 1996 and opened the exhibition "Portraits of Contemporary Authors" at Maçka Art Gallery in Istanbul in 1998. He started exhibiting the portraits of 30 Nobel laureate authors at the library of the Swedish Academy during the week when the Nobel Prizes were awarded. In 2002, Özkök participated in exhibitions of the Fnac Photography Collection with portraits of Irish-French writer Beckett and American William S. Burroughs, one of the legends of the Beat Generation, and was honored by the Swedish government with the Illis Quanum Medal of Merit. In 2009, Özkök was named "European of the Year" in Sweden on Europe Day. Özkök opened an exhibition at the Nobel Museum in 2010 featuring the portrait of 35 Nobel Prize-winning authors. He died in Stockholm in 2017.

The exhibition "Lütfi Özkök: Portraits" opened on Dec. 21 and can be seen at the Istanbul Modern Photography Gallery through May 3.