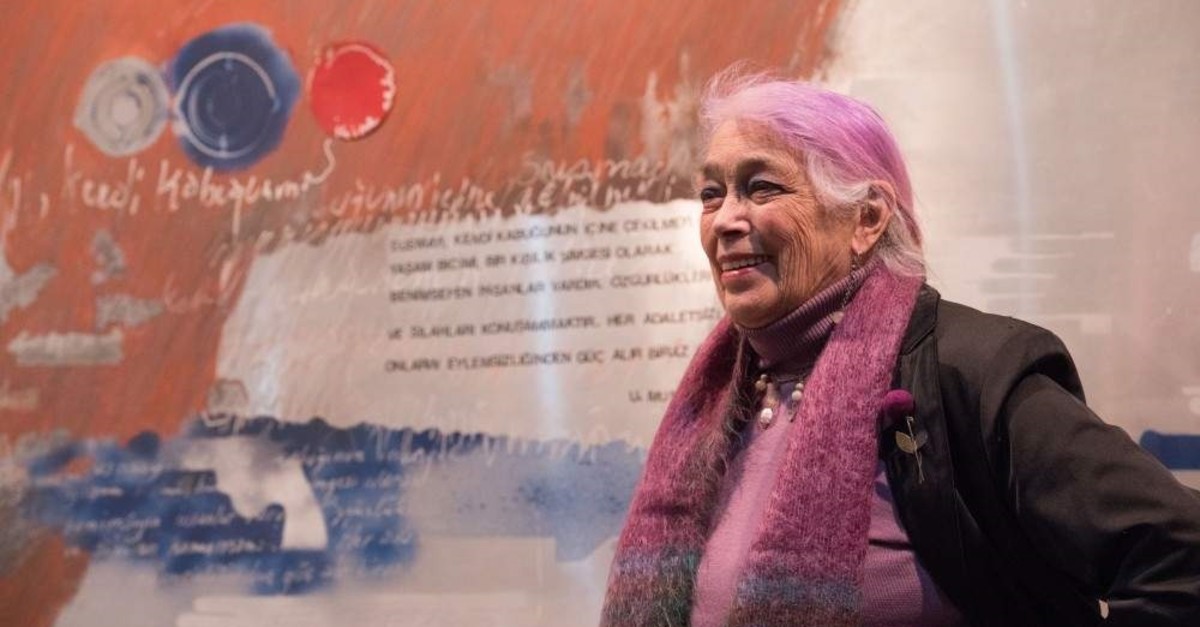 In her latest exhibit at Kibele Art Gallery, the renowned painter traces her past works that scrutinize specific subjects like nature and woman, illuminating cyclicality

Opened in Istanbul's Beşiktaş district in 2000 with an exhibition that marked the 100th anniversary of the death of Ayvazovksi, one of the most influential sea painters of the 19th century, İş Sanat Kibele Art Gallery has hosted various shows, including selections from the İş Bankası Collection, Şakir Eczacıbaşı's photograph exhibition "Doors-Windows," Burhan Doğançay's exhibition "Blue Walls" and retrospective exhibitions by Avni Arbaş, Ergin İnan and Semiha Berksoy. The gallery is now presenting a retrospective exhibition by Tomur Atagök, titled "Cyclical Tracks."

Atagök is one of the leading figures in Turkish painting and an advocate of the natural world and women's rights. In her works, Atagök deals with ordinary women in stories of their own time and the present day, as well as goddesses, and transfers the present to another time by combining it with its own picture and place. The artist primarily uses the color pink to emphasize that women's identities are important. She tells how women can exist by resisting in the modern era. The portrayal of the woman that gives birth and life is liberalized in her works and turned into an icon resisting injustice. 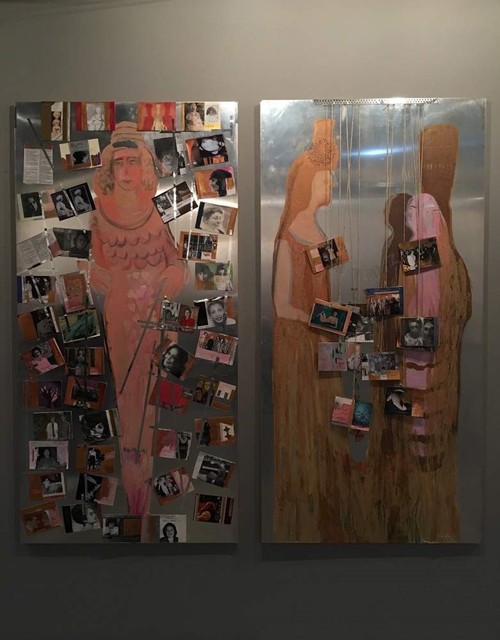 The fact that man must be intertwined with and understand nature to be free also stands out as another characteristic of the artist's works. Atagök, who has provided training in art for many years, always aimed to reveal the relationship between humans and nature and create a discussion on women's issues during her art career. The viewers examining her paintings face reality in the dialectic of life. The message and meaning the artist's brush carries is important not only for bringing real problems into view but also for involving historical processes and belonging to the present. This is actually why goddesses take a role in the stories of her paintings.

The latest selection, "Cyclical Tracks," is comprised of favorite works by Atagök. The artist criticizes humanity for its relationship to nature and women, pushing the viewer to think. Atagök creates a track of cyclicality by involving time.

Born in Istanbul in 1939, Atagök graduated from Robert College and received a bachelor's in fine arts from Oklahoma State University and a master's degrees from the College of Arts and Crafts and University of California, Berkeley, respectively. After returning to Turkey, she worked as a deputy director of the Istanbul Museum of Painting and Sculpture of Mimar Sinan Fine Arts University from 1980 to 1984. Later, she worked as the head of culture, press and foreign relations while working as an academic at Yıldız Technical University. She founded the first master's program in museology in Turkey in 1989 and ran it until her retirement. 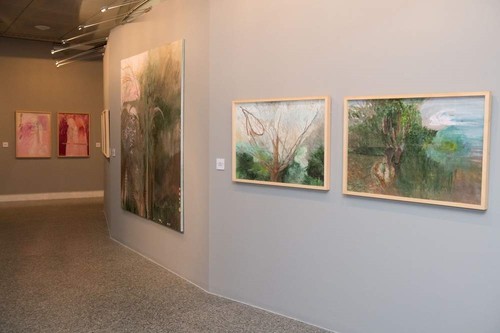 She has conducted research and projects related to art and museology, as well as articles in these fields. From 2004 to 2006, she worked as the dean of Yıldız Technical University's Faculty of Arts and Design. She has participated in 47 solo exhibitions in many countries, including the U.S., France, Italy, the U.K., Germany, Turkey, Balkans, Poland, Luxembourg, Hungary, Austria, Bahrain and Syria, as well as numerous group exhibitions at home and abroad. The awards she has received include first prizes at the Society of Illustrators (1962); the most successful artist graduate (1962) and the mixed media award in the Mother Lode National Art Exhibition (1972); second prizes at the Contemporary Artists Istanbul Exhibition (1983), the New Trends Exhibition (1983) and the Grand National Assembly of Turkey's National Sovereignty Competition (1985); the most successful artist of the year award of the Ankara Arts Association (1989) and the Fulbright Research Fellowship (1996). She is also the founder of academic museology education in Turkey and is renowned for her work in this field. Atagök has written and published numerous articles in the field of art and museology and has been living and working in Demirciköy, Istanbul, since her retirement in 2006.

The retrospective exhibition "Cyclical Tracks" by Atagök will be available at the Kibele Art Gallery through Feb. 18.