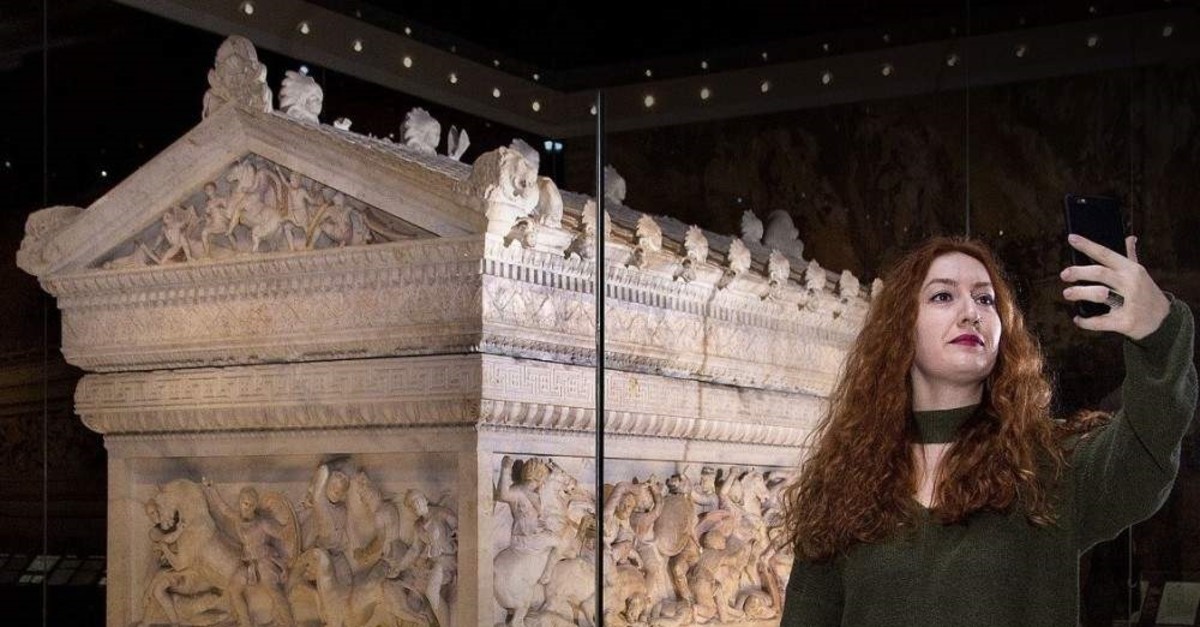 The Ministry of Culture and Tourism will hand out prizes for the best museum selfies submitted to the competition. (IHA Photo)
by daily sabah Jan 13, 2020 4:15 pm
Since first launched by Mar Dixon in 2015, Museum Selfie Day has continued to be celebrated annually on Jan. 15 on social media.

The day sees countless photos hashtagged #museumselfieday pop up all over Instagram, Facebook and Twitter as part of a campaign originally intended to increase interest in museums around the world.

Dixon says of the idea: "The hashtag is about the museum, but it's really about the people who go to the museum. You took that picture, so you will remember it."

In the past, "no photo" signs were placed all around museums to dissuade people from damaging works with camera flashes; however, these days, many museums allow visitors to take photos to draw more attraction to their exhibits. Indeed, shooting snaps at these venues where history, art and cultural experiences combine has become indispensable, especially thanks to technological developments that have made this easier than ever before.

To get on the bandwagon, the Ministry of Culture and Tourism has organized a competition via social media for this year's Museum Selfie Day in a project aimed at promoting the wealth of institutions exhibiting the country's artistic and cultural merits.

Museum visitors are invited to take selfies at museums across Turkey and share them on their Instagram, Twitter and Facebook accounts using the hashtags #museumselfiedayturkey and #müzedeselfiegünü. The call announcing the competition has been made in Turkish, English, Russian and Arabic.

Participants can share their selfies until midnight on Jan. 15. The best selfie-takers chosen by the ministry will receive prizes. The Turkish winner of the competition will be given a Museum Pass, a card provided by the government for tourists who wish to freely visit state museums. The foreign winner will be presented an invitation for any event by the State Opera and Ballet to use during their time in Turkey.
RELATED TOPICS