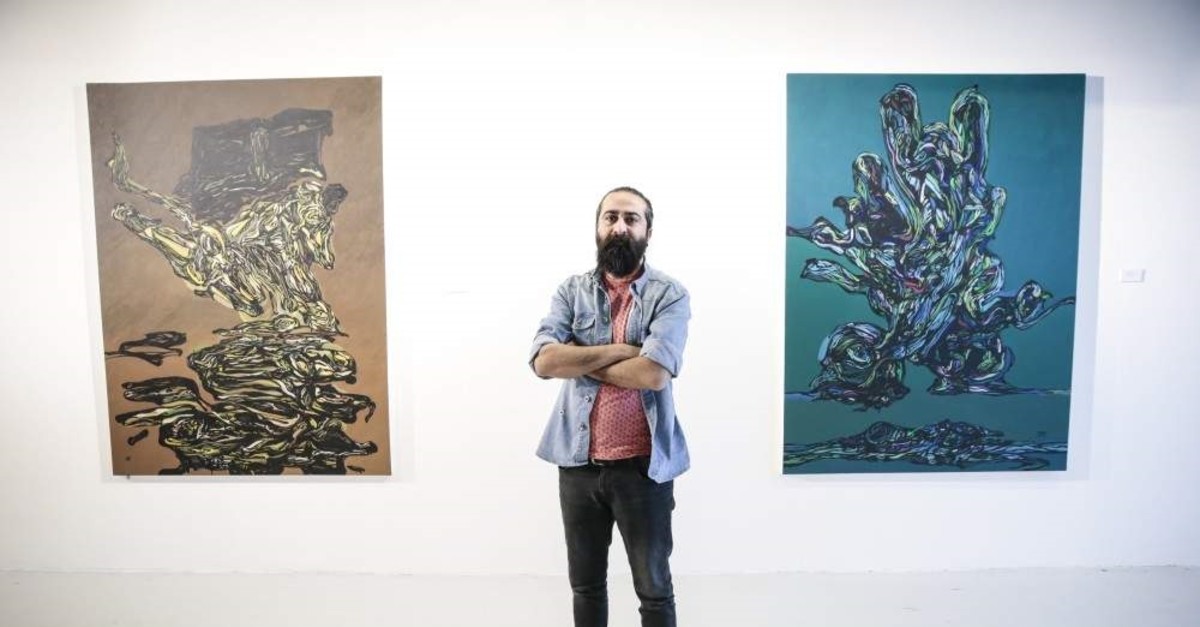 Adnan Jetto, a Syrian painter who came to Turkey in 2012 after fleeing the civil war in his country, expresses his sorrows, aspirations, sense of division and hopes for the future through his works in the exhibition "Gloomy Day; We Should Dance" at CerModern Hub Hall in the capital Ankara. Jetto, who was born in Qamishli in northeastern Syria and received a fine arts education in Damascus, told Anadolu Agency (AA) that his mother was a Turk who was also a citizen of Syria.

Jetto stated that he has lived between the borders since childhood. He could see the lights of the Turkish city of Nusaybin, where his mother's family lived, from Qamishli, and listened to stories about his relatives. When he came to Turkey, he looked across the border at Qamishli, where he spent his childhood and youth. "I saw my house, but I couldn't go there. It is difficult for me to get there. My one half is there, the other half is here," he said.

Jetto stated that most people living in Middle Eastern countries experience the feeling of being in between two places because of the borders that are visible but not felt in the heart. Jetto has embodied this situation and tries to share it with everyone, creating an exhibition that shows people "what it is like to be in between."

Jetto explained that he started creating the work that is now in the exhibition in 2007 while studying at the Academy of Fine Arts but was unable to complete the project due to the outbreak of conflict in his country.

He expressed that he could not paint for some time due to the war, suffering and separation, adding: "It is difficult for me. I did not paint in Turkey for five years. CerModern has provided me with a workshop here. I've completed my project. Painting makes me feel good now. I have opened an exhibition. I'm happy, everything's better now." The exhibition will be available at CerModern Hub Hall through Jan. 19.