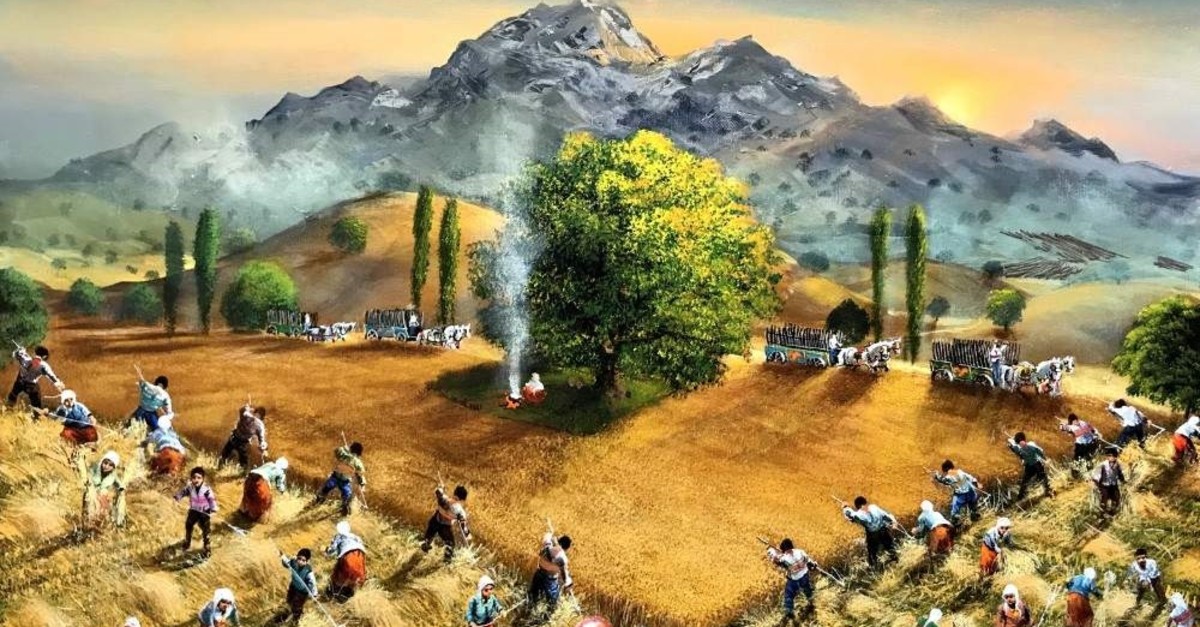 The exhibition featured examples of the painter's works from various periods. Gökçebağ, who had the opportunity to observe the life, people and nature of Anatolia thanks to his work as a teacher, takes the audience on a magical journey through works that internalize the beauty the artist has witnessed.

Across the breadth of his 64-year career, Gökçebağ has combined moribund rural life with the power of his art and has imbued future generations of art lovers with a rich cultural heritage. Gökçebağ's retrospective exhibition can be visited at İş Sanat's Ankara Art Gallery until March 29, 2020.

Yalçın Gökçebağ was born in Denizli province in 1944 and attended the Çapa First Teacher's School Painting Seminar in Istanbul in 1957 where he spent three years at a basic painting course under the instruction of Malik Aksel and İlhami Demirci.

He was assigned to Denizli's Şirinköyü district in 1961 to begin work as a teacher. He graduated from the Department of Painting at the Gazi Education Institute in 1961 and was appointed to the role of painting teacher at the First Teacher's School in Akşehir in 1966 before teaching in Izmir as of1970. He then started working as a cameraman at TRT in 1971.

Gökçebağ continued has continued to lecture in the Fine Arts Department of METU since 1990 and has held nearly 70 solo exhibitions, 17 of which are abroad, and has participated in numerous group exhibitions. Among the awards of the artist who won the prize in six competing exhibitions are the DYO Award for Painting and Sculpture and the State Award for Achievement in Painting and Sculpture. The artist continues crafting works from his studio at the Ankara Armoni Art Gallery.