The missing Turk: A critique of the MoMA 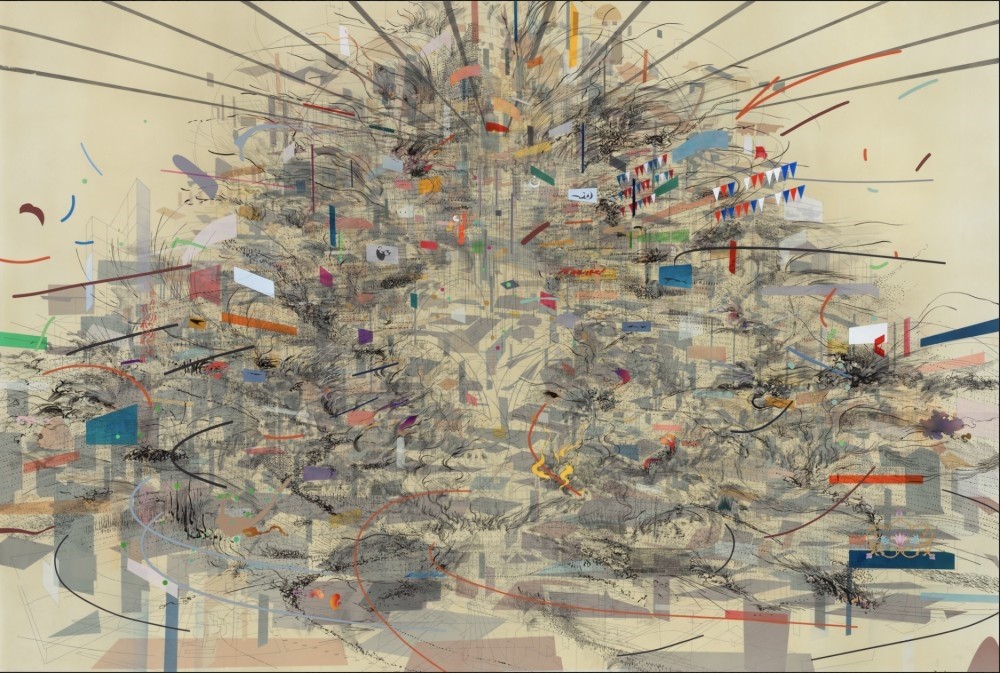 With the recent renovations and new curations of the permanent collections at the Museum of Modern Art (MoMA) in New York City, much fanfare followed, lionizing the foregrounding of minorities in American art history

Since the October unveiling of the Museum of Modern Art (MoMA), many commentators have decried the often arbitrary use of terminology to designate the revisionary overhaul. The Art Newspaper called it a “radical rehang” inside what has become a “wealthy, corporate behemoth,” where the pragmatic origins of white cube curation established American modernism for the art world out of an entirely minimalist interior.

“We will have a diverse cosmopolitan culture or none worth bothering about,” celebrated the dying senior critic Peter Schjehldahl of The New Yorker. Around the world, curators and directors of art institutions have wondered just why it has taken the American and international cultural sector until now to diversify its social profile in step with the progressive rewriting of art history that ensued in the wake of late 20th-century civil rights movements.

A month after the reopening, author Jillian Steinhauer of The Art Newspaper wrote, “And yet, once your eyes adjust to this new, welcome vision, you may start to see more clearly what’s missing – because a lot still is.” She went on to point out how not a single work by a Native American artist was on display. This comes after White Mountain Apache musician Laura Ortman made waves at the 2019 Whitney Biennial.

Flying over the East

The permanent collections at the MoMA are divided across three floors. The most recent encompasses the years from the 1970s to the present and comprises 16 galleries, each of which has a thematic focus. As the introductory wall text reads, “A gallery may be devoted to an artist, a specific medium or discipline, a particular place in a moment in time, or a shared creative idea.” Some galleries are more specific than others.

“Before and After Tiananmen” pivots modern Chinese art, as opposed to the vaguer “Inner and Outer Space.” The latter is presented as an exploration of the environmental politics of borderlines. The idea is to unpack the relationship between sprawling urbanization and technological advances. Enter Ethiopia-born American artist Julie Mehretu, whose acrylic and ink painting on canvas, “Empirical Construction, Istanbul” (2003), is on display.

The work, Mehretu's sole piece currently on view at the MoMA, is characteristic of her multivalent oeuvre, a fragmentary implosion of cutup forms and varicolored media, geometrically complex in its curvilinear overlapping of flags and flames, rays and panels. For all of its abstraction, it is the only reference point – never mind contribution to contemporary art in the U.S. – that the so-called new MoMA has for those with a taste for Turkish influence.

Peculiarly massive and often plastered as murals on the walls of vast institutions to reflect the dynamic scale of cityscapes, Mehretu’s anti-paintings have the look of materials collected from the scraps of a paper workshop, with its notational lines lacking meaning but aesthetically rich for their capacity to pose an interpretive perspective. “From a distance, you have one experience and a different experience from up close,” said Mehretu in an Art21 interview.

“Having spent time in Istanbul, Germany, Australia and then back in the States, I was really interested in how our whole experience of viewing the world and the war was mediated through the television and newspapers,” Mehretu told Lawrence Chua in a 2005 conversation for the New York magazine, BOMB, which has a bent to profile artists of the African diaspora. “It felt almost like following a match or a sporting event.”

In its digitized permanent collections alone, the MoMA lists 83,235 works by 26,412 artists online, 20 of whom are Turkish. Not one piece of theirs is on view. Many are young artists, born in 1970 or after, but their works span the breadth of modernism. In 1962, painter Bedri Rahmi prepared a work titled "The Chain" of synthetic polymer paint on burlap, effecting a textural combination that aligned with concurrent veins of abstract expressionism.

"The Chain" first appeared at MoMA at its Recent Acquisitions show in the winter of 1962-1963. Rahmi would pave the way for a lesser-known formerly New York-based artist from Istanbul named Tosun Bayrak, who painted and performed to abandon during the shock wave trend of the 1970s. Soon after the American debut of Rahmi, lithography by Burhan Doğançay came to the fore.

Two untitled pieces by Doğançay from 1969 are in the MoMA collection. They resemble the sliced paper works of Matisse, only with Warhol-style pop color varieties. Doğançay was a luminous name in the early small gallery world of Istanbul at Pg Art Gallery, before the city earned its rightful place on the global art map, arguably due to its biennial. Another painter who exhibited at the Recent Acquisitions winter show in 1962-1963 was Erol Akyavaş.

His canvas, "The Glory of the Kings," is questionably dated to 1959. Its lines have a calligraphic tendency, mixed with smatterings of Salvador Dali surrealism, ultimately presaging the figurative abstraction that Keith Haring would later perfect. But the color field of his background is as startling as the maze of linguistic shapes that he calculates with an eye for the cultural patterns of the Eastern Mediterranean.

An earlier show of Recent Acquisitions, which took place in the spring of 1959, featured the sculpture of Zühtü Müritoğlu and Ilhan Koman, but the MoMA has yet to photograph their work, leaving it invisible even for remote researchers. Despite what many are sure will remain painfully overlooked, the age demographic of younger Turkish artists whose works are archived by MoMA’s exhaustive collections is redemptive.

A portrait of the artist as a young Turk

Aslı Çavuşoğlu, born in 1982, is the youngest Turkish artist in the MoMA’s collections. Utilizing diverse materials to reflect Anatolian pluralism, she created her diptych “Red / Red (Untitled)” in 2015 with Armenian cochineal ink and Turkish red on two sheets of painted paper. Held in the Department of Prints and Drawings, the crimson of her pieces emerge from their medium like a woven textile.

Faded from the bottom after a series of bold right angles, they could very well be seen as historical interpretations of the Turkish inspirations of American painter Frank Stella, whose trips to the Neolithic towns of Çatal Höyük and other noteworthy sites led him to create such works as “Turkish Mambo” (1967). His canvas “Gray Scrambled Double Square” (1964) introduces the next floor of the MoMA’s permanent collections, stretching back to the 1940s.

The retro traditionalism of Çavuşoğlu is akin to another Turkish artist in an A-list collection in New York, namely that of Gülay Semercioğlu at The Metropolitan Museum of Art. Her two-dimensional metal sculptures frame the techniques of Turkish carpet weaving with a contemporary twist. In terms of popular visibility, Americans and internationalists may recognize cineastes Nuri Bilge Ceylan and Ferzan Özpetek, whose 35mm films are at the MoMA.