A beginner's guide to photography: Where do I start? 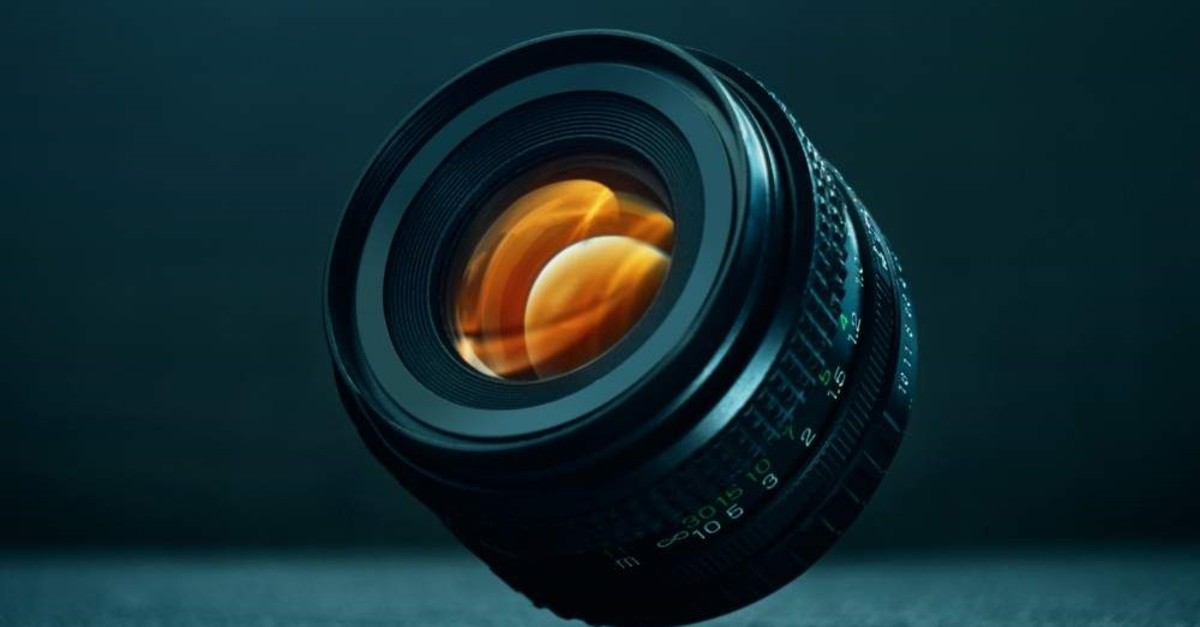 More than any other camera component, the lens determines the quality of the image. (iStock Photo)
by Yasemin Nicola Sakay Jan 29, 2020 1:30 pm

Let this serve as a simple guide on choosing your very first semi-professional camera, and without going into too many technical details, this will give you a rough idea where to start

So, you want to take up photography as a hobby. There are endless possibilities. From your average point-and-shoot cameras to digital single-lens reflex cameras (DSLR) and recently-revived instant cameras, it's hard not to feel overwhelmed by all the choices out there.

Information on the technical side of things abounds on the internet, but what if it all sounds too complex to you? Well, here's the beginning of the beginning, the hardest part: deciding on what to buy and what to shoot.

Let's start with the camera's body.

When you finally decide to buy a camera, the body – which is the part you hold when using a camera – may seem like its the most vital part of your purchase, but it's not. On the contrary, the body is only there to serve as the building block of your future set and put you into an ecosystem.

"You will want to research a number of features for the body in your decision-making process, but before all of that, you should look at how easily you can access accessories such as lenses and flashes and how easily you can dispose of them if needed," Karaöz said.

All three photographers and photography enthusiasts agreed on one point: It doesn't matter how expensive your first camera is because it is highly likely that it won't be your last.

I hate to burst your bubble, but according to Karaöz, the first camera you choose will probably be the wrong choice. "This is completely normal," he assured, saying it's only because your expectations will change over time the more you use it.

How do I choose my first camera?

Unless you will get into sports or wildlife photography, where the camera's performance will be constantly tested, you really don't need an expensive, high-tech body. Also, don't get swayed by all of the fancy new releases incorporating the latest technologies such as 360 degree twist-flip LCD screens and voice-controlled shutters if you are a beginner – less is more.

Karaöz was the most direct on the topic: "It, of course, has to be secondhand and economical. Why, you ask? Because with this camera you will figure out your needs and what exactly you want from it. If it makes you happy, that's great. If it doesn't, at least you won't have splashed out a lot of cash on it."

He adds that if you decide to resell it, you won't be losing much at all and might even be able to sell it for around the price you purchased it. "With a brand new item, you don't have this opportunity," he noted.

Kaçmaz echoed the same view, saying that budget-friendly options were the best way to go. He also advised that a beginner should choose a more old-school camera with a simple design. "Think of knobs and physical buttons, rather than digital touchscreens. Directly accessible shutter speed and aperture settings will be easier and more enjoyable to use," he advised.

Yıldırım said people have the preconceived notion that if they have the best and most expensive camera, they'll be able to take the best photo. "This is terribly wrong, especially for a beginner," he said.

He brought to mind Armenian-Turkish photojournalist Ara Güler, who at the time had said, "You cannot become a good photographer with a good camera, just like you can't be a good novelist because you bought the best typewriter and computer."

"You need to understand that it is not the machine that takes the photo; it's the person behind the lens," he stressed.

Quoting another photography great French humanist photographer Henri Cartier-Bresson, Yıldırım said: "To photograph is to put on the same line of sight the head, the eye and the heart."

"Those are the three-ingredient formula to a good photo," he said, adding: "I'll go buy a TL 10,000 camera and take the best photo. There is no such thing. They need to forget this notion."

Yıldırım also advised to start small with your first camera. A semi-professional DSLR is a good place to start, he said, which is roughly around TL 2,900-3,000.

"Why? The professional ones are very heavy. As a newbie, you can carry that weight for a day or two but then it becomes too much of a hassle. For pros and the ones actually getting paid, it's not an issue, but if you are just looking at it as a hobby then it's not worth it," he said, adding that price and performance-wise, this will be the best choice for beginners.

In short? The less you spend on your first camera the better.

Get into the mode

All three were in favor of shooting in manual mode (M) or aperture priority (abbreviated as A or AV).

Kaçmaz said shooting in AV forces you to think consciously before hitting the shutter and helps you learn. "You get to be in control of the frame and are more engaged in the photo-taking process," he said.

Yıldırım agreed, saying the camera should be there to teach you and help you learn.

"Forget about automatic mode while shooting," Yıldırım said, underscoring the importance of actually changing the camera's settings according to each photo. "They need to use it in manual mode to learn about aperture and shutter speed."

"If you use it in automatic, the camera does all the work for you. It has preset settings that do it all. You, 'the photographer,' don't get involved in the process at all; you just frame," he said. 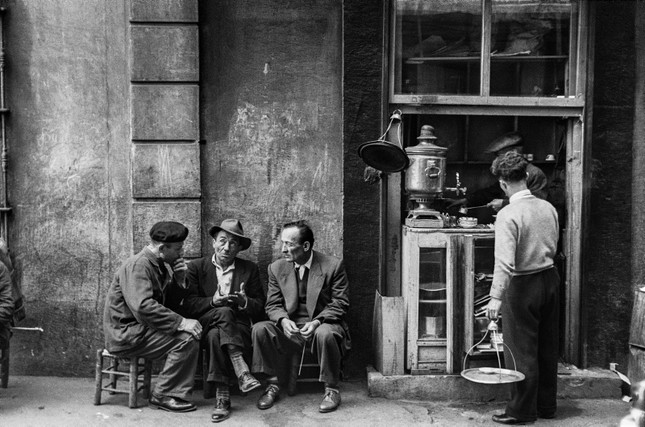 The eye of the camera

Now we come to the trickier part – the lens. Good, quality lenses don't come cheap, which could put a real dent in your bank account.

Aesthetics-wise, the body itself won't have that much of an impact on the photo, but lenses are a whole other story, Karaöz said. "With time and experience, you will see that you should be spending your hard-earned money on lenses, not the body."

"Every lens has its own character. For example, let's say you want to take a portrait. I have a cheaper camera with an 85 mm f/1.2 lens while you have a brand new camera that is 10 times more expensive than mine and a lens in your kit like 18-135 mm. The odds will definitely be in my favor because the lens on my camera was specially designed to aestheticize portraits, regardless of the body/machine used," he said.

Yıldırım suggested starting with a good old 50 mm lens because it's "the closest to the human eye."

"It also stops the photographer from becoming too lazy over time. For example, if you have that lens and want to take a portrait, you will have to come closer to your target to get a crisper, more focused shot. You also get to determine the frame yourself," he said.

Kaçmaz recommended starting with a prime lens such as 23 or 35 mm on a crop body, or its full frame equivalents of 35 and 50 mm. "A 50 mm lens will be good for portraits, while a 35 mm lens will be a good all-round choice." Lenses with a fixed focal length, which are called prime lenses, do not allow you to zoom and are usually much smaller in size and weight. They create less distortion and yield higher image quality. "Using a prime lens also forces you to walk toward or away from the subject and think about the photo you want to take," Kaçmaz said, suggesting that it will help in the learning process.

Karaöz also gave a handy tip for those who don't want to pay full price for a new lens.

"If you choose a brand of camera that your friends use as well, you can always swap with each other. That way you will get to see whether you like the feel and the effect each lens gives without paying a single penny," he said.

Who or what shall I shoot?

"First start by taking photos of your family. Your mom, your dad, brother, sister, spouse, etc. They will be much more comfortable with you when posing. Then you hit the streets. If you are in the city, you will go out to Taksim Square for example, and take photos while wandering in the streets," Yıldırım said.

After you get a feel of different types of photography (fashion, portrait, macro, etc.), then you can choose which area you want to specialize in, he added.

"They later might say, 'I want to go to Afghanistan to take these types of photos,'" he said.

Kaçmaz agreed up to a point but also underlined that to shoot people you need to have good communication. "Portraits are a good start but it all depends on your interests. The streets are a good starting point too; general photography, cityscapes, landscapes ... you can just go and shoot."

"What do you really like? That's the question you really want to answer," he said.

Kaçmaz also veered into "black and white" territory and said shooting monochrome could be quite educational.

"My advice would be to start with monochrome photos. It will help you focus on composition, light and texture, which are the most important elements of photography," he said. Karaöz seconded Kaçmaz's advice on black and white photos and said they were a great place to start to learn about light and dark.

What makes a good photo?

On the topic of what makes a good photo, Kaçmaz and Yıldırım touched on different areas.

For Yıldırım, technique is only important up to a point. The real deal, for him, is capturing the emotion behind it.

"The camera itself, its model or the technical features, none of them are important if you can't get the composition right or, more importantly, can't capture the emotion. You can always learn technique but your photos need to have emotions, tell a story," he said.

However, he warned that nobody becomes a great photographer overnight. "This (conveying emotions) will happen in time."

Meanwhile, for Kaçmaz it's about studying good photographs taken by good photographers. He said beginners tend to fall into a trap of laziness and overconfidence.

"If you constantly look at your own photos only, your eyes will get used to it and you will start to think you are very good. This clouds your judgment and sets a barrier against your improvement," he said.

"Alan Schaller, Steve McCurry and Hüseyin Aldırmaz are just a few of my recommendations," he added.