Opera buffa 'Don Pasquale' to be staged on Valentine's Day 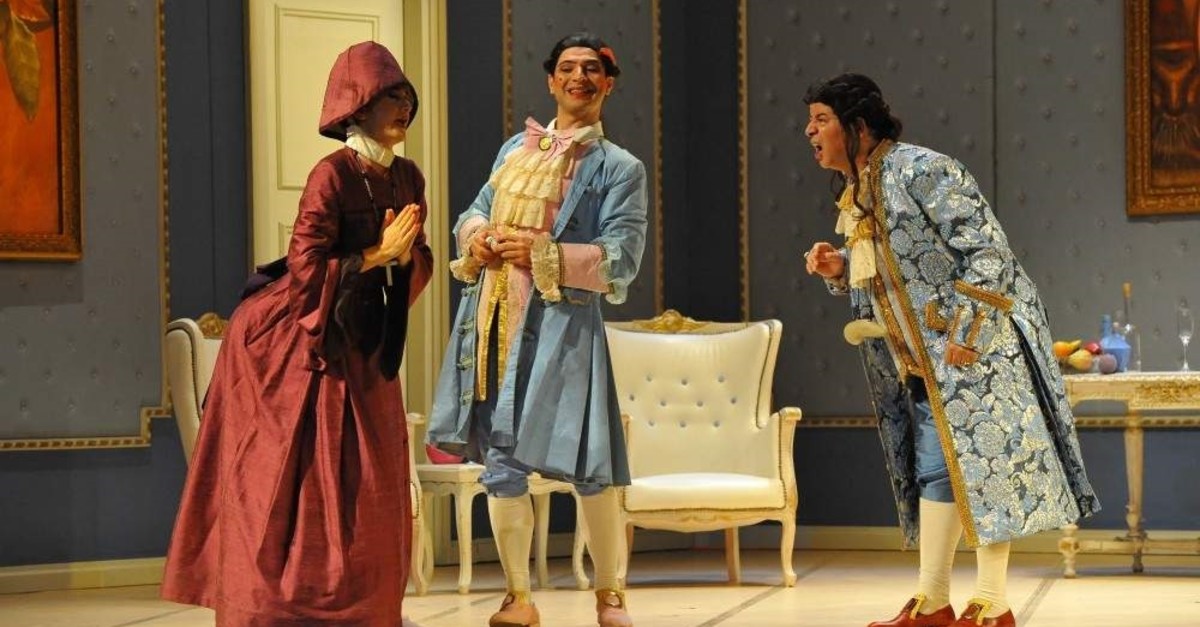 The Istanbul State Opera and Ballet (İDOB) will re-stage Giuseppe Donizetti's "Don Pasquale," which is an opera buffa, or comic opera, in three acts. The opera, which won the audience's appreciation with its comical features and played to the full house in the seasons in which it was performed, was staged before by IDOB for the opening of Kadıköy Süreyya Opera stage in Istanbul in 2008. It will meet the audience one more time at Kadıköy Municipality's Süreyya Opera stage on Valentine's Day, celebrated on Feb. 14.

In the opera, the libretto of which was written by Michele Accursi, the role of Don Pasquale will be played by N. Işık Belen and Ali İhsan Onat; Ernesto by Ahmet Baykara and Ufuk Toker; Norina by Özgecan Gençer and Hale Soner; Dr. Malatesta by Hasan Çelik and Alper Göçeri; Noter by M. Tükel Acar and Utku Bayburt in turns. The director is Recep Akyılmaz; Zdravko Lazarov is the maestro; Paolo Villa is the choirmaster; Ferhat Karakaya is the decor designer; Çimen Somuncuoğlu is the costume designer; Metin Koçtürk is the light designer and the choreographer is Nil Berkan.

Plot of the opera

Young Ernesto is in love with the attractive Norina and refuses to marry the woman his rich uncle Don Pasquale sees fit for him. Upon this, old bachelor Don Pasquale decides to have an heir by cutting out his insubordinate nephew. He asks his doctor and close friend Malatesta to find him a girl that he can marry. He recommends his sister, the honorable Sofronia. In fact, Malatesta is also friends with Ernesto and aims to trick Don Pasquale and to open the way for the marriage of Ernesto and Norina. The old man agrees to marry Sofronia. Malatesta introduces Norina as his sister Sofronia, and they perform a fake wedding at a fake notary office. After the wedding, Norina suddenly changes and turns Pasquale's life upside down. The old man's life becomes so bad that he is relieved when he finds out that he has been tricked and that he is not actually officially married Norina. Don Pasquale, who learned a lesson from marrying, allows Ernesto to marry Norina in the end.