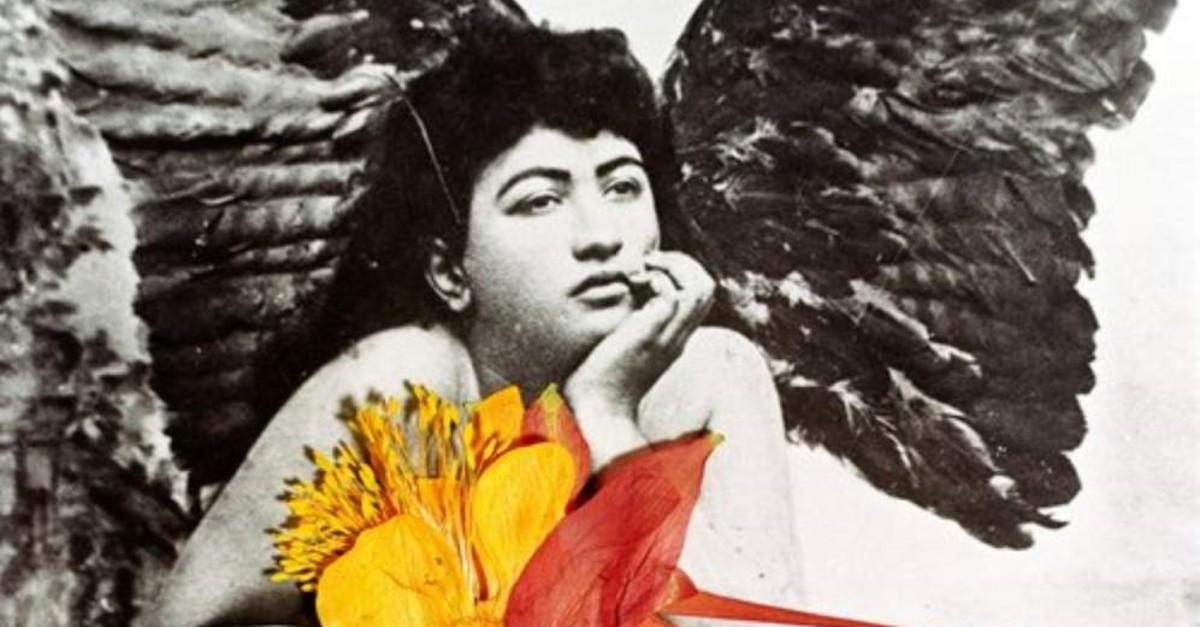 'Reimagining Home' is a new exhibition at the Museum of Fine Arts Boston, which, through its run until July 12, will spotlight works by contemporary Iranian photographer Gohar Dashti and her teacher, Bahman Jalali

The 183rd gallery at the Museum of Fine Arts, Boston, is a slim hallway within the massive Beaux-Arts building on Huntington Avenue, where a bustling streetcar filled with students runs parallel to the neoclassical colonnade along the museum facade, sealing its status as a house of culture and civilization. Its collections have grown in the last century to house some half a million artworks.

Adjacent to the show, "Reimagining Home," which pairs the photography of Iranian artists Gohar Dashti and Bahman Jalali, there is an antique-style rotunda of ceiling murals by expatriate American painter John Singer Sargent. In 1921 the far-flung Edwardian orientalist had returned to the city near his father's birthplace in Gloucester, Massachusetts, for the project as one of the most famed portraitists of his time.

Sargent had by then spent a significant amount of time in Ottoman lands, particularly the Levant, and brought back its styles and fashions for the benefit of himself and his patrons. One is of the daughters of Asher Wertheimer, a wealthy Jewish art dealer, whose daughter, Almina, is the subject of a painting in which she wears a jumbled, theosophical ensemble, adorned in a Persian costume, including a pearled turban, whilst playing an Indian tambura.

The painting, "Almina, Daughter of Asher Wertheimer" (1908) follows the tradition of "Turquerie," popular throughout Europe from the late Renaissance until the Romantic era, aestheticizing Ottoman and Persian visual culture for Western tastes. That it is such a crucial, long moment in American art history as well, is why the exhibition of contemporary photography by Iranian artists resonates with peak sustain.

Facing the museum's distinctive Arts of Islamic Cultures collection, Dashti and Jalali are a welcome addition to the increasingly inclusive curatorial narrative at American arts institutions of late. Jalali is a preeminent academic and documentarian. His work is famed for bearing witness to the Iranian Revolution (1978-1979) and the Iran-Iraq war (1980-1988), but he was an avid collector of anonymous, vintage photographs, which he has restored.

His series "Image of Imagination" is steeped in his interests as a curator and historian of Iran's Qajar era (1794-1925), when a dynasty of Turkic origins led the former Persian empire. Drawing from photographs of the 19th and early 20th centuries, Jalali created double exposures, aligning his original work with historical findings. The result is an exploration of collective and personal memory, of creativity as a realm somewhere between fiction and fact. 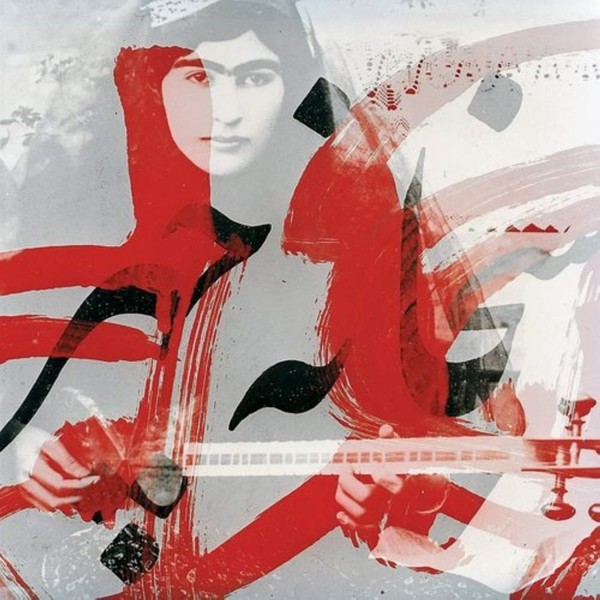 To frame the eye of the past

The potency of capturing tradition and modernity, in contrast, emerges sharply from Jalali's oeuvre throughout "Reimagining Home," the works of which are untitled, though placed within multiple series according to elements of the palette in which they are doubly exposed. In his "Black and White" series, Jalali simultaneously portrays the obscuration and merging of customary dress, long flowing robes and a tall variety of fezes with that of armed military men.

In another piece from the "Black and White" series, the enlarged picture of a woman with bare legs stretches out across the breadth of the inkjet print. A row of men in Western suits stands behind her. Their gaze aligns with that of a modern seer, yet the female pose is awkward, implying a forced imposition of oriental allure. It seeps out of the image, toward a comment on the technology of the medium itself as contextualized within the outsider's gaze.

Jalali has the careful eye of a self-aware non-Western photographer, as he emphasizes the role of film itself in the history of colonization as part of a saga of representation among minorities, both within individual nations and more geopolitically. Iran, and other countries with Muslim majorities, are caught between worlds in the postcolonial age, which Jalali's photographs render with acute visual insight.

One work from the "Black and White" series shows a lone woman in local dress in front of an artificial landscape. She is seated on a bicycle, elevated, looking into the camera. Scattered lines of Persian script are written sideways and upside-down across the composition, setting the cultural scene. The photographer's "Red" series follows, also superimposing calligraphic sketches.

During the Iranian Revolution, demonstrators vandalized photography studios in defiance of Western cultural influences. Jalali shot the defaced sign of one of Isfahan's oldest studios, blending it with Qajar-era women, whose soft, emotionless expression juxtaposes dramatically with bold swathes of red and black Persian script. His approach to binary themes are enhanced by his coalescent focus on men and women.

Dashti learned the meaning of concept from Jalali. In the process, he taught her how photography could uniquely integrate both documentary record with imaginative creation. During the six years that it took Jalali to produce his "Image of Imagination" series, he was also busy imparting the philosophy behind his technical expertise to Dashti and his many students as a well-admired figure at Tehran University of Art.

Her series, "Home," is an unpeopled evocation of Jalali's approach to the manufacturing of postmodern mythology, further adapting and revitalizing the typecast, musty past of Iran and its cultural appropriation at the hands of predominant Western ignorance. And her images, like that of Jalali, advance the front of cultural erasure, and the open wounds of lost history. But as she explained, Iran has always had a different relationship to Western historiography. 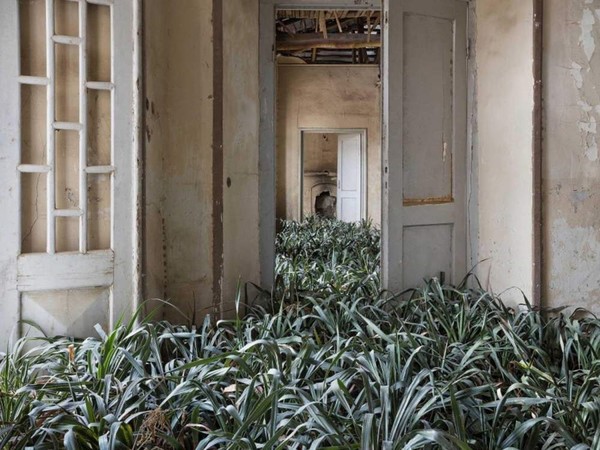 "The 'Home' series is a project about the people. Maybe you cannot see the people, but it's about the people," she clarified in a video curated as part of her museum show. "And I think you can see this effect on my work and [on] a lot of Iranian contemporary artists that they say a story and they're going to be a storyteller because it's part of the culture. We don't document everything, but on the other hand we document our imagination."

The austerity of Dashti's photography leaps beyond her years, retracing the legacy of Eastern quality, when emotional restraint accumulates untold power to express such themes as belonging, exile and refuge. Born in 1980 in Ahvaz, and venturing through the abandoned buildings of Iran's second-largest city of Mashhad to conceive "Home," Dashti also collocated the wildness and domesticity of flowers, and plants, within empty residential spaces.

Likewise, the art photography of Jalali is deeply inspired by his newsworthy analysis of the society, its sweeping changes, and in the process, what it leaves behind. The physicality of space, in Dashti's hands, informed by the principles of Jalali's teachings, becomes metaphysical, enchanted with psychological complexity. With close, site-specific research into the vegetation and interiors that she captures, Dashti muses on the post-migrant zeitgeist.