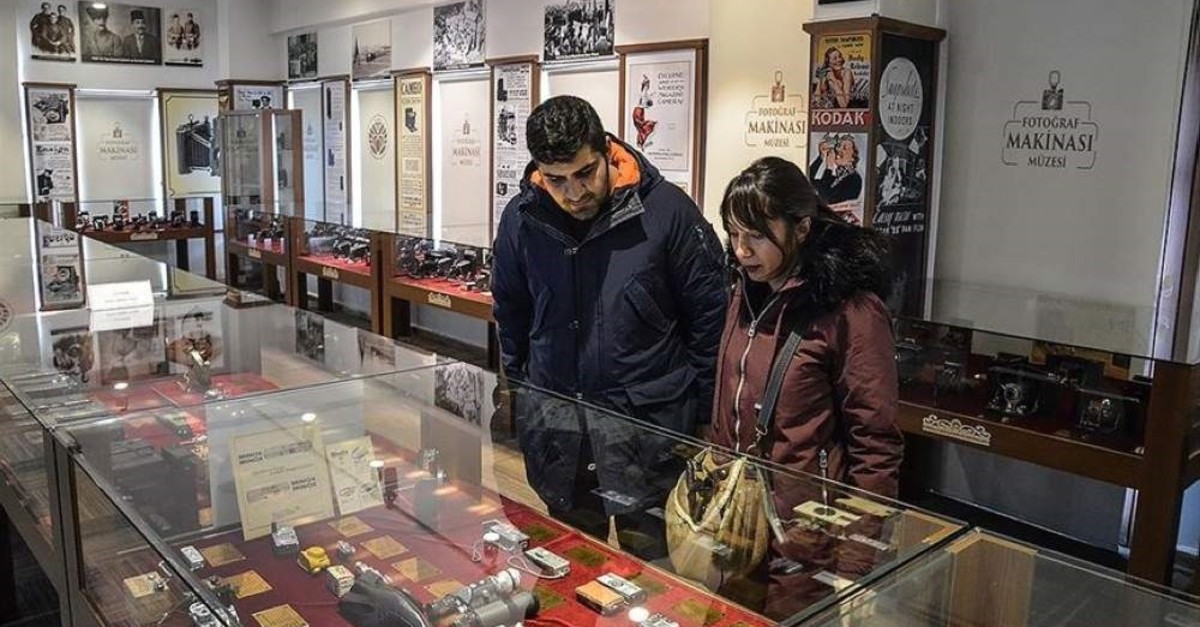 The Camera Museum in the eastern Anatolian province of Malatya, which features cameras that have immortalized many historical events and moments, has hosted more than 350,000 visitors since it opened in 2017. Opened by the Malatya Metropolitan Municipality on the Sanat Sokağı (Art Street) in the downtown area, the museum contains 2,023 cameras and more than 3,000 accessories dating back to 1876, including cameras embellished with gold leaf and spy cameras believed to have been used in wars.

In an interview with Anadolu Agency (AA), museum director İrfan Tunay said about 35% of the visitors of the museum come from other cities. Indicating that 15-20% of visitors come from other countries during the summer, Tunay said that about 50% come from central districts and towns in Malatya. The museum has an average of 120,000 visitors every year, he noted. "This figure is not very high, but hopefully we can raise the bar to 300,000," he added.

The section featuring spy and detective cameras attracts the greatest attention in the Malatya Camera Museum, where bendy, film-integrated and digital cameras are also on display. Expressing that there are some cameras dating back more than a century in the museum, Tunay said that he is happy to work for such a museum.

Pointing out that the development process of cameras can be seen in the museum, Tunay noted: "The process featured inside the museum starts from 1876 and goes until 2011. It is a museum displaying wooden cameras, technical cameras, foldable cameras, spy cameras and special production cameras. There are 300 cameras produced worldwide. We are very lucky with this. You do not get a chance to see cameras like this in (most) museums."

Tunay said that the museum consists of 44 categories, noting that the area most admired by visitors is the spy cameras section. "The whole inventory in our museum, from wood to digital cameras, is operational. We do not have any cameras that do not work. You do not see the same cameras inside the museum. Different models from different countries are exhibited. It is a collection that has been collected for 30 years. It has taken a long time but has become a very valuable museum for Malatya. It is a museum that provides value in cultural terms."

Emine Çamlık Yılmaz, one of the visitors to the museum, stated that the more she tours the museum, the more interested she gets in cameras. Underlining that the museum has an important value for Malatya, Yılmaz said: "I was surprised to hear that all the cameras are operating. It is already fascinating, and you're more surprised to hear they are working. I advise everyone to come and see. You realize that life is very short. It is a distinct feeling to see cameras from years ago. I have not seen them before."

Indicating that she was very surprised to see spy cameras, Yılmaz said: "I did not think the camera was downsized to this extent at the time. Sometimes we see it in the movies, and I have realized that it is real. I have examined it for hours, and we need to come not once, but a few times, so we can really enjoy it."